Since 2011, the Home Depot Foundation has transformed more than 45,000 homes and facilities for veterans across the country. 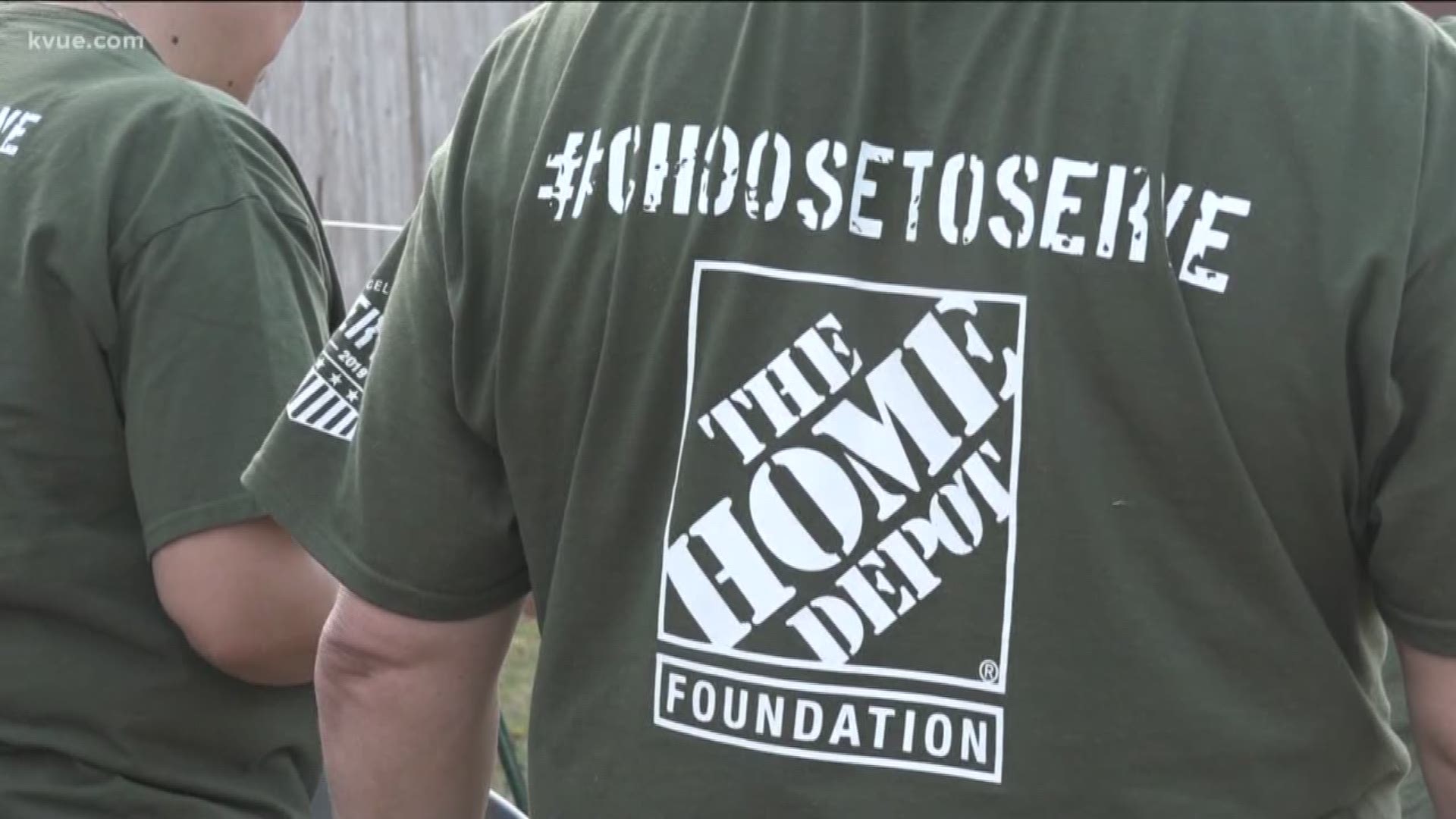 AUSTIN, Texas — Volunteers picked up shovels to help out a Manor veteran by revamping his backyard.

“My fence was in horrible condition. I was holding it up any way I could with strings or whatever. But I reached out to Home Depot and Home Depot agreed to come out here and agreed to repair the fence for me free of charge," U.S. Army Veteran Stephen James said.

Due to the 21 years he spent in the Army, James has a 90% disability rating, along with permanent nerve damage from surgery over 10 years ago.

“I can barely stand for long periods of time, and I actually tried to repair it last year and I ended up in a wheelchair for about a week because I got nerve damage. That kind of work kind of aggravated it and made it worse," James said.

Local veteran who lost $16K to a contractor got a trip to Washington, D.C.

The Home Depot Foundation partnered with CVMA 23-17 San Marcos The Devil’s Backbone to get the project done. More than 10 members of Team Depot, The Home Depot’s associate-led volunteer force, supported the project on their day off.

James hopes other veterans get this kind of help for their homes.

“The veterans, a lot of them got hurt, you know, doing what they do in the military. They’re at a position now in their life where they're on canes or on wheelchairs or whatever the case is and they can’t do the work themselves," James said.

Since 2011, The Home Depot Foundation has transformed more than 45,000 homes and facilities for veterans across the country. Home Depot says giving back to veterans is personal to them, as more than 35,000 of their associates have served in the military.

WATCH: Round Rock man is one of the oldest veterans in Texas