Local veteran who lost $16K to a contractor got a trip to Washington, D.C. 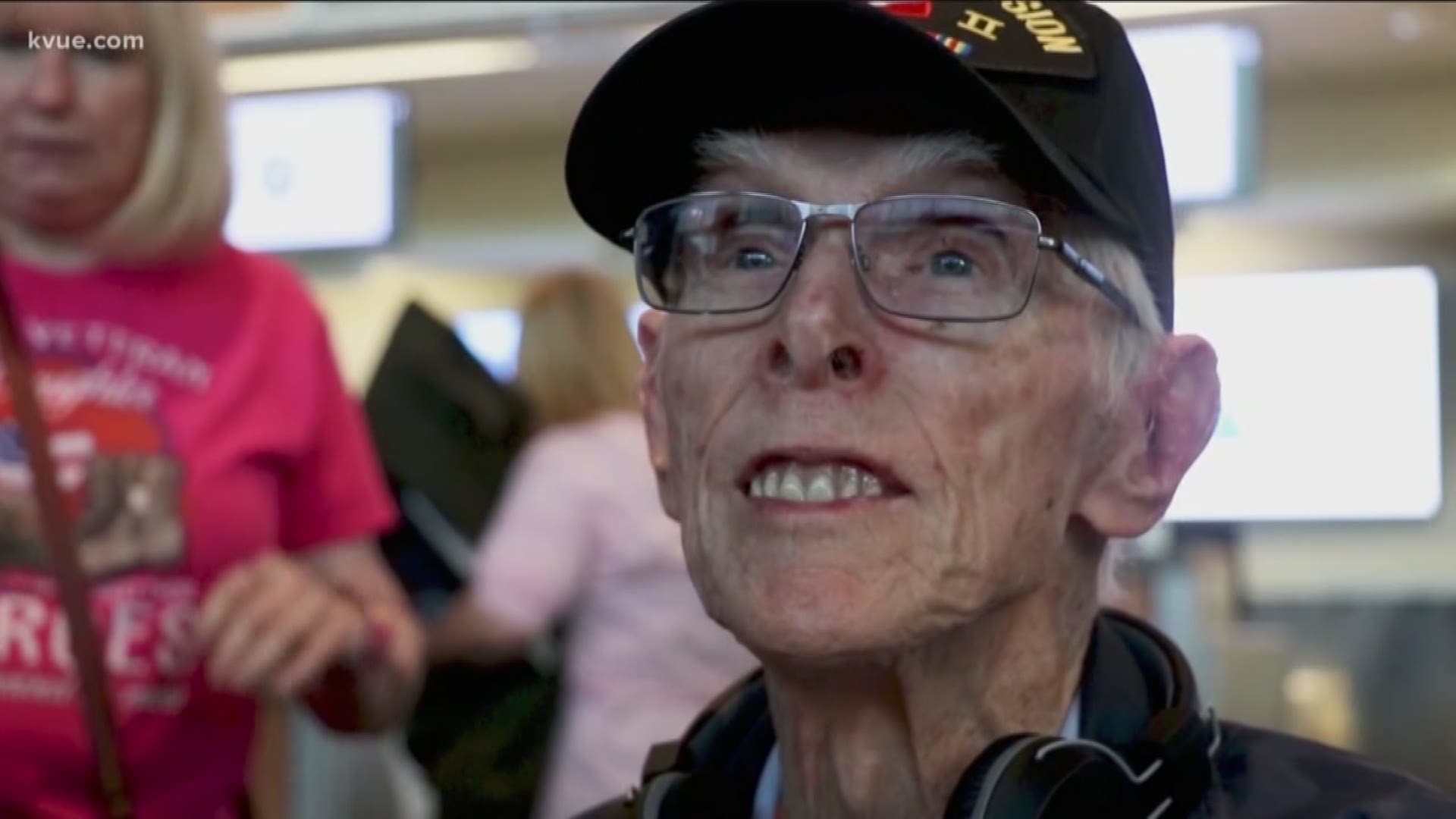 AUSTIN, Texas — We show it through flags, decorations, hugs and donations.

It may never feel like enough to say “thank you” to our veterans, like Ralph Ellis, who served in World War II.

The KVUE Defenders told you how he paid nearly $16,000 for bathroom renovations, but the contractor never did the work.

'I'm 93. How much longer do I have to live?' WWII veteran out $16K for abandoned bathroom safety construction project

This is the first trip to the capitol for Ellis.

A friend helped carry the load. Gary Henley, the man leading the bathroom renovations, volunteered to be the chaperone for Ellis.

“When he went to the WWII memorial and he saw the stars representing the fallen during WWII, he took some time there and you could see that he reflected on his friends. That was very special for us,” said Steve Quakenbush, director of operations and logistics.

Back at home, families gathered to give a “welcome home” to all veterans on the flight. Once they arrived, the veterans were greeted with signs, music and cheers from hundreds of friends and family.

Henley is also a veteran. He served in-country with the Air Force during the Vietnam War.

“To have this kind of reception, it meant, and it touched me because I was part of that," said Henley. "I saw the ridicule we got. I’m just so proud that America’s stepping up for these guys. Finally. 51 years later.”

“I was here when they all gathered yesterday morning, and I was amazed even then just at the volume of people, helpers, the people that showed up and see them off," said Ralph Ellis Jr. "Today … well, that was extra special.”

Ellis’s son is writing a biography of his father.  It tells, in-depth, about the WWII veteran’s life and service.

This trip will be added to the book.

Winter Weather Advisories posted for parts of the Hill Country