The president called the impeachment inquiry a "hoax" and attributed much of it to "a phony press." 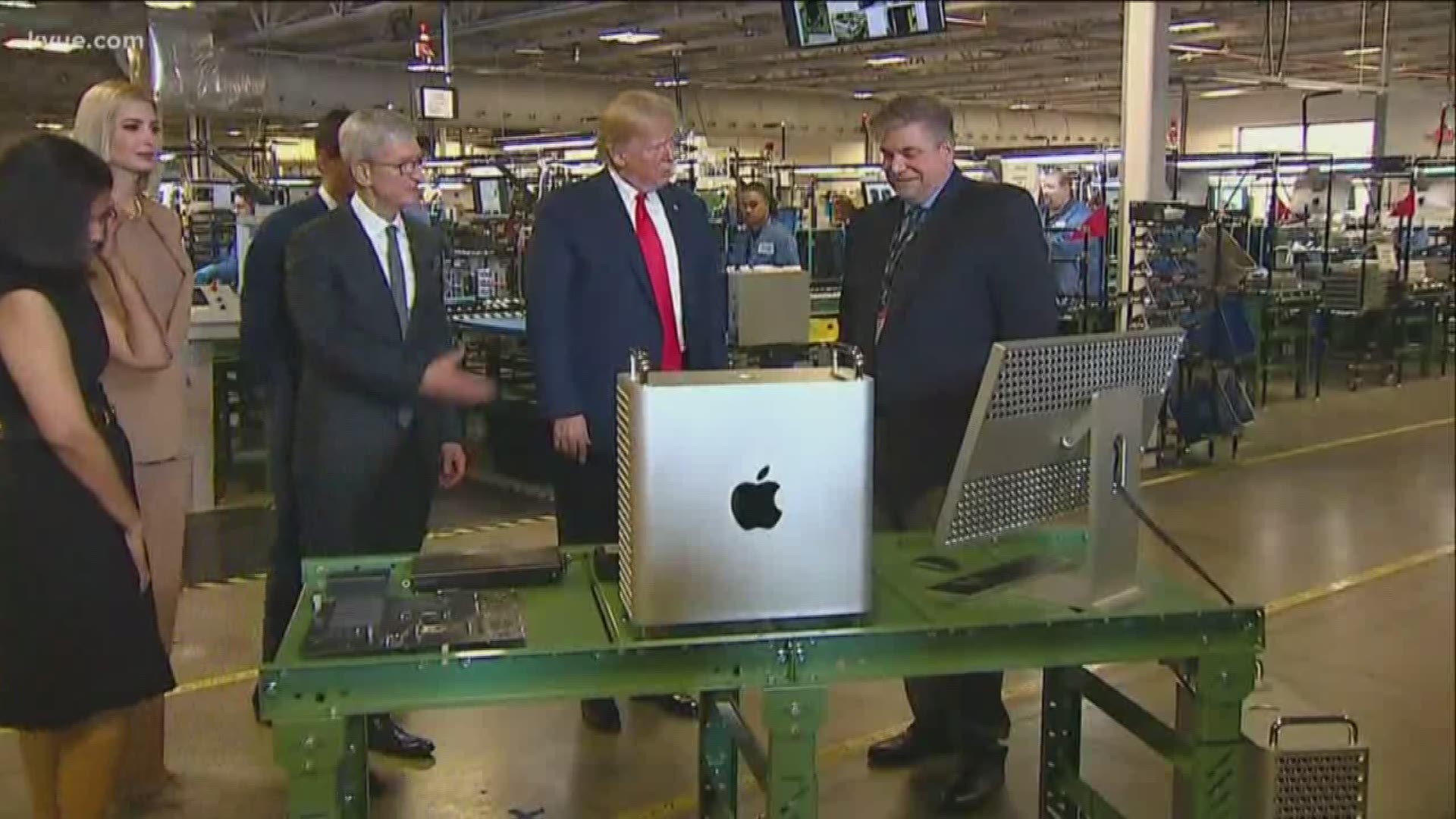 A reporter asked President Trump what he thought about Ambassador Gordon Sondland's testimony at the impeachment hearing Wednesday.

The president then went on to say that the impeachment inquiry is an "embarrassment to our country."

"Let me tell you, it's a hoax, it's a disgrace. It's an embarrassment to our country. Nancy Pelosi has done a terrible job as Speaker, there's never been a Speaker that's done so little. And she's totally incompetent and shifty, shifty. She stands up and tells lies all day long," President Trump said. "And even with that, so we have no due process, we can't have anything and yet not only did we win today, it's over. And some of the fair press – of which there isn't too much – said this thing is over."

"We're opening massive Apple plants, we have the greatest economy in the world, we have the greatest economy that we've ever had in the history of our country, the best unemployment numbers that we've ever had – but we have a fake press. We have a phony press," the president continued. "They're dishonest, most of them – we have some fine journalists, some fine companies and reporters but most of them are fake. CNN, NBC, ABC, CBS, the Washington Post, the New York Times. These are fake papers, they're fake press. They should be ashamed of themselves. They hurt our country."

President Trump also said that everyone knows who the whistleblower is.

President Trump is set to return to the White House on Wednesday evening.