The local soccer club also gave the hospital a banner signed by fans that said "Thank you healthcare heroes." 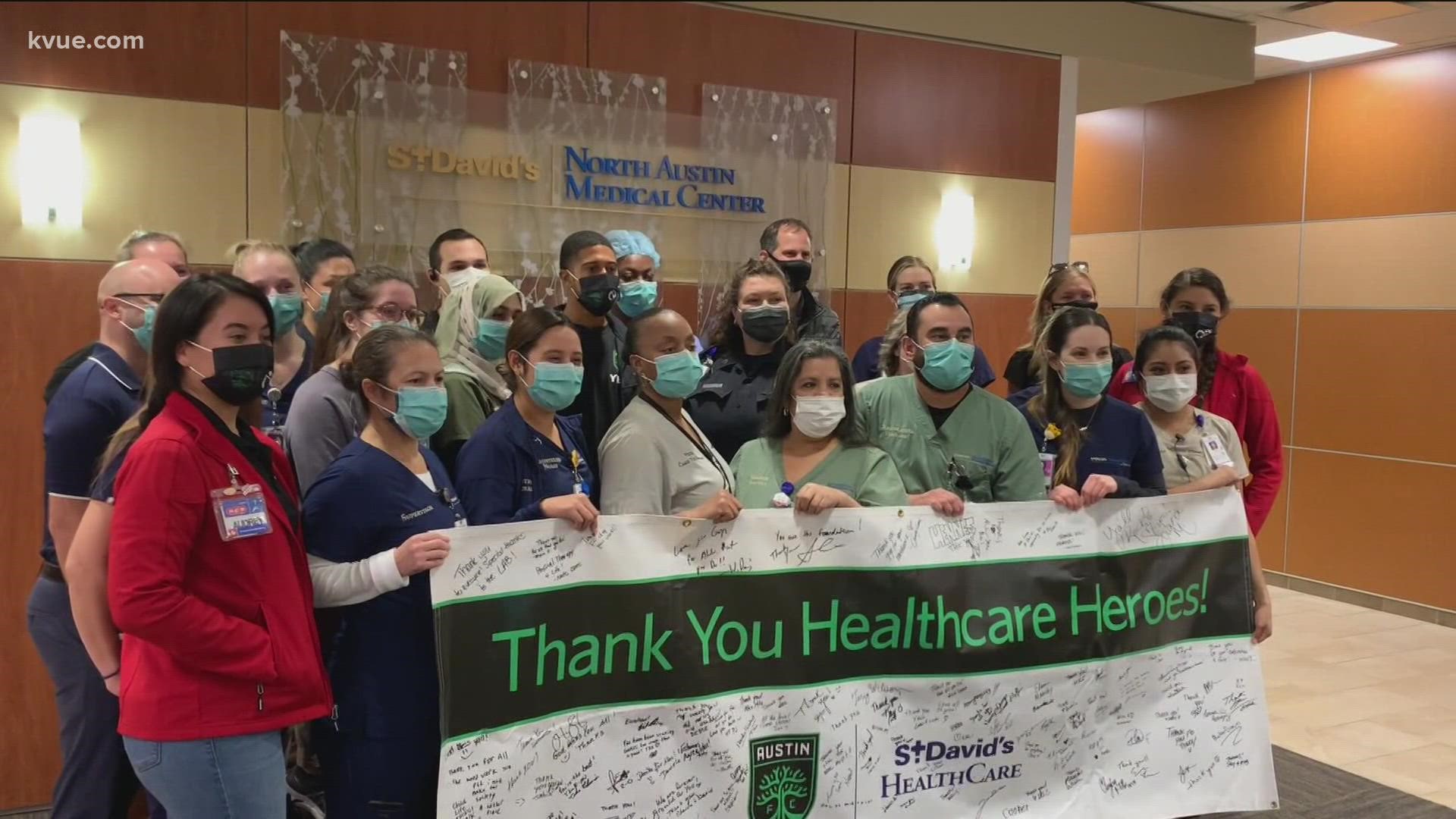 The two visited employees at St. David's North Austin Medical Center and distributed 500 coupons for free turkeys from H-E-B to the employees.

Austin FC also gave the hospital a banner signed by fans that said "Thank you healthcare heroes." The local soccer teams also got the opportunity to thank the healthcare workers for their service to the North Austin community.

That's not the only way Austin FC has given back in recent weeks.

Earlier this month, the club's nonprofit arm, 4ATX Foundation, partnered with Boingo Wireless announcing the installation has begun on a new soccer mini-pitch at a park in East Austin.

The mini-pitch, located at Civitan Neighborhood Park, is the third one 4ATX Foundation has helped install in the greater-Austin area. The organization helped install the Wooldridge Park mini-pitch in North Austin in October 2020 and the Dove Springs Recreation Center futsal court in southeast Austin in November 2019.