The Austin City Council may change or repeal ordinances that deal with folks experiencing homelessness during their June 6 meeting. 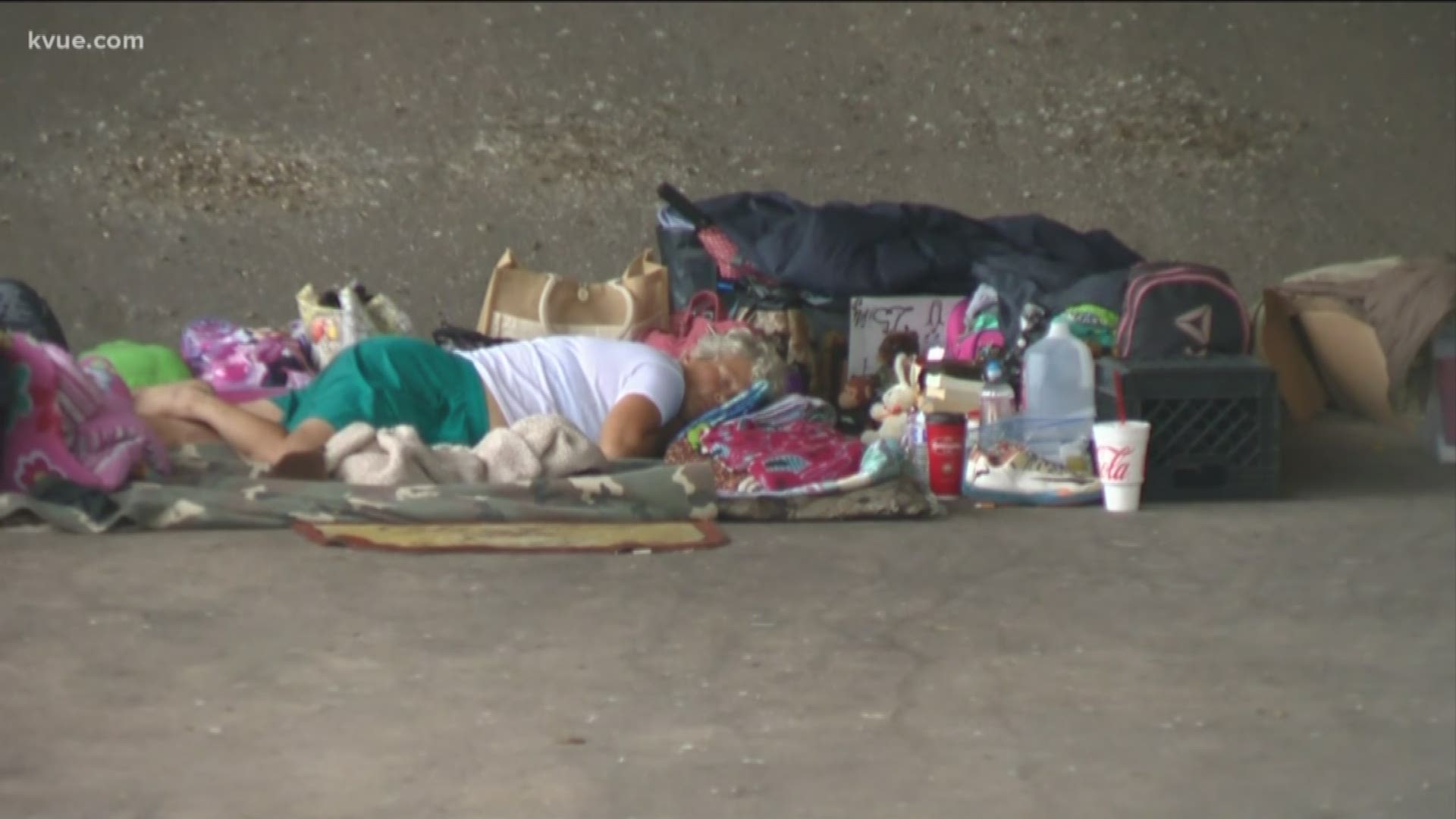 AUSTIN, Texas — City ordinances regarding the homeless may be changing or going away completely, which is causing concern for some people.

The Austin City Council may change or repeal ordinances regarding solicitation, no sit/no lie, and camping at their meeting Thursday.

On Monday at KVUE, Mayor Steve Adler posed a question: What does the city do when it has rules in place but they're not effective? Right now, they're looking to find better answers.

"What I'm hearing from the community more than anything else is a real sense of frustration that we're not doing right by these people and we're not keeping our neighborhoods and our city the way we want it to be," said Adler.

Mayor Adler said it's part of a bigger effort, which includes the possibility of opening more shelters across the city. He said from there the real goal is to get people out of shelters and into a home.

"Ultimately, it's a home we need more than anything else," said Mayor Adler. "These folks can get incorporated back into life, back into a routine and get a job. When you're out on the street, it's hard to hold a job. It's hard to get the services the medical attention, the job training – whatever you need, it's hard to get."

Bill Brice with the Downtown Austin Alliance said aggressive panhandling is a "critical problem" downtown. Brice said they get complaints about it every day.

"Our hotel and visitor community will tell you there are a number of people who come to Austin as individual travelers, who are with meeting and convention groups, that say they won't come back to Austin because they've been harassed out on our streets, repeatedly being asked for money," said Brice. "We know this is a significant problem also among people who live downtown and work downtown."

Brice said the Downtown Austin Alliances feels it's important not to soften the rules before there are more resources available for people.

Garza said there have been some misunderstandings about the potential changes or repeals.

"I know there’s a lot of concern from the community thinking that, well, now people are going to be harassed and there’s going to be no recourse. Well, that’s not the case," said Garza. "There’s already laws in our penal code that prohibit any kind of aggressive soliciting or harassing behavior."

Garza said people are welcome to call or email her office with comments or concerns. They can also voice their opinion at the meeting on June 6.