APA! needs foster homes for dozens of cats and kittens that came to Austin from two Texas shelters in the path of the storm. 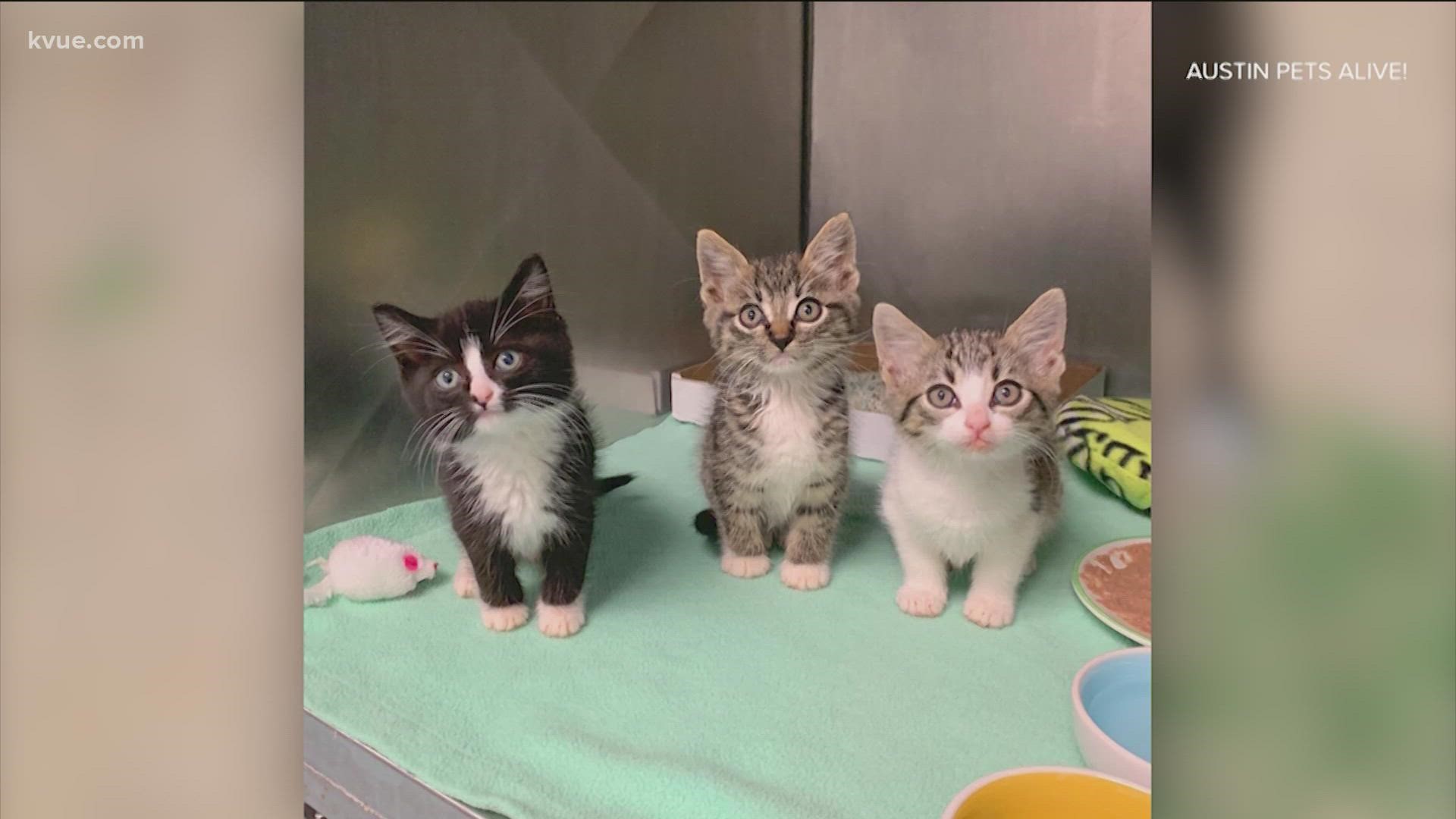 AUSTIN, Texas — Austin Pets Alive! (APA!) is in need of foster families after taking in an overflow of pets due to Hurricane Ida, which has now weakened to a tropical storm. More than 30 cats and kittens were transported to Austin from two Texas shelters in the path of the storm.

APA! needed foster homes for 25 cats and up to seven litters of nursing cats and their kittens as of Friday, Aug. 27. Some came from a shelter that “proved insufficient to withstand the high winds” during past hurricanes.

“We were able to place some of these guys, like Hank here, into foster homes ahead of time,” Stephanie Bilbro, the director of lifesaving operations at APA!, told KVUE on Sunday. “But we anticipate we’re still going to be getting requests after the storm.”

Bilbro said she is expecting more animals to come in as recovery efforts begin. Ida made landfall in Louisiana on Sunday as a Category 4 hurricane.

“What we will see is, as the storm goes on and people start to recover from it, there will be animals found who need places. And since those animals will be found, you don’t want to immediately move those out of their area, right? Because their owners might still be there looking for them,” Bilbro said. “So, ideally, we can move animals that are already in shelters there, looking for homes, out of the area so that they have room to house the animals that are found in that area.”

To volunteer to foster one of the cats or kitten litters, visit APA!’s website and fill out the foster application or email APA! at foster@austinpetsalive.org.

"We are seeking foster homes and monetary donations to care for the cats and kittens most at-risk of being affected by Hurricane Ida,” APA! CEO and President Dr. Ellen Jefferson said in a press release. “If you are available to donate for medical care or foster one of these nursing cats and her kittens, or one of the other evacuee animals, you will be saving lives.”

A move-in disaster: UT students concerned for their safety at The Standard apartments