A move-in disaster: UT students concerned for their safety at The Standard apartments

Students reached out to the KVUE Defenders to investigate what they call an unfinished complex with significant safety and security concerns. 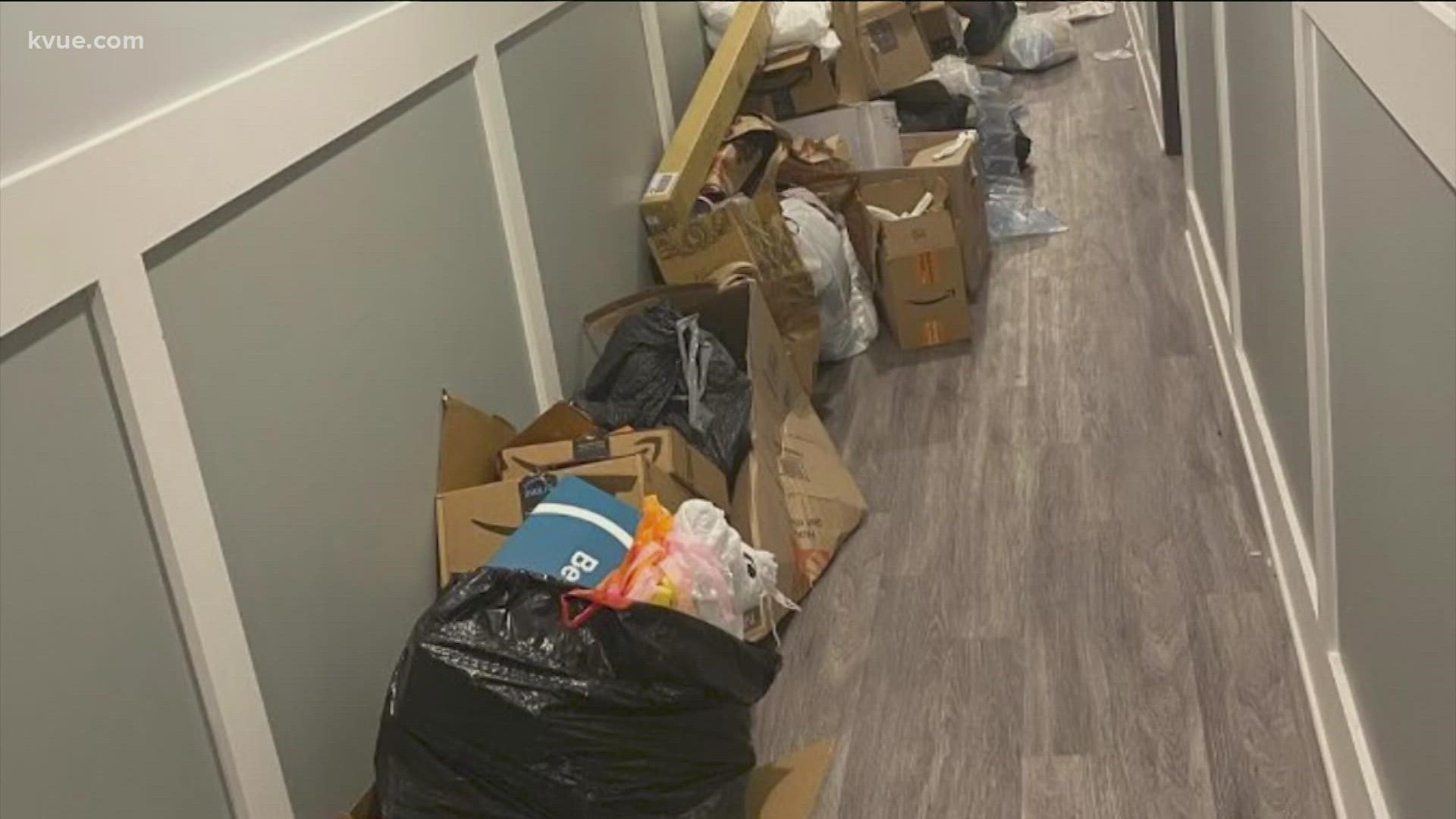 AUSTIN, Texas — Living in the heart of West Campus in a brand-new apartment sounds like a dream, but students who moved into The Standard this week say it is a nightmare filled with safety and security concerns.

As students and parents began moving into their units on Aug. 7, they described an unfinished mess where trash-filled hallways, rats roamed some apartments and others were unfinished, electrical outlets shorted, water ran cold and dirty, and rooms were missing fire alarms, just to name a few issues.

"You mention The Standard, it is bad news. Everyone knows about it," one student told KVUE, who asked to remain anonymous.

Over the span of two weeks, a spokesperson for The Standard, which is owned by Landmark Properties, explained maintenance crews have continued to address issues, stating:

"We value the health and comfort of our residents, and we worked diligently to avoid move-in delays for our residents as soon as we secured City approval for occupancy. Initial move-in for a community this size is always hectic. While it is our goal to provide as seamless and smooth a move-in experience as possible for residents, we know there have been challenges."

Some issues have been addressed such as clearing the hallways, hiring pest control, and fixing defective breakers. (See the bottom of this article for The Standard's complete list of fixes).

Parents say these issues were the least of their concerns compared to the security issues.

In one instance, The Standard informed students of a man named Zachary who gained unauthorized access inside the complex for days.

PHOTOS: Students report problems after move-in at The Standard apartments

According to an email The Standard sent to residents on Aug. 13, Zachary worked for a third-party security company, called Sundown Security. This company tasked him with patrolling the construction site across the street and the entrance to the parking garage, with no resident interaction. However, Zachary was able to engage with residents through their group chat and students explained that he even gained access to some of their apartments over the course of a few days. A representative of The Standard says they worked with Austin Police Department to resolve the situation.

"Immediately upon learning of complaints against the third-party security guard, we contacted his employer to have him removed from the site, and we communicated with students to cease their interactions with him," a spokesperson stated.

The Standard confirmed to KVUE on Friday that they have increased the number of patrol officers on site, including an after-hours guard tasked with monitoring the front door and anyone who enters.

But two weeks since moving in, with some security issues still unresolved, students continue to feel unsafe.

"We have never trusted this building and, I don't know, it'll take a long time to build that trust back," a student said.

That uncertainty is what prompted parents to reach out to the KVUE Defenders and Safehorns, a nonprofit focused on the safety of students at the University of Texas.

"It is unfortunate that The Standard obviously open too soon. They need to get their management under control. They need to make sure that there is security, that the building is secure, that it is safe," said Joell McNew, board president of Safehorn.

Parents told McNew The Standard was not transparent with parents prior to move-in about the extent of the issues.

A move-in email sent to residents on Aug.7 stated, "with these final touches and last-minute furniture installations, we’re not providing the typical move-in experience that we strive for, and for that we apologize. Please pardon any dust in your units and common area as we work diligently get you moved in to your units."

As some students experience apartment life for the first time, McNew explained they are still learning how to advocate for themselves.

"This is the time as part of adulting that they have to speak up. That is contacting management, making sure you are emailing them, holding them accountable for what you signed up for," McNew explained.

The KVUE Defenders confirmed the City of Austin Code Department and Fire Marshall are both investigating complaints against the property.

After an initial inspection, the Fire Marshall's preliminary report noted the hallways had been cleared and there were no electrical issues. However, the Fire Marshall did notice residents had potentially tampered with some fire protection devices.

"We look at safety from an exit path and access perspective, and do not address issues related to building security unless exiting is impeded," the Fire Marshall explained.

The department has scheduled a visit to return to the property.

The City's Code Department says it's looking in to at least 10 complaints so far. The department has closed five cases citing no issues, two were forwarded to appropriate personnel, and three are still under investigation.

KVUE is in the process of obtaining the complete reports from the Austin Code Department.

As parents push for transparency, they are questioning how The Standard got approval for the Certificate of Occupancy (CO), which allows residents to move into the development.

The KVUE Defenders obtained city records showing The Standard has not received final approval from the City.

Records show 23 active building permits for the property, 24 of which have received temporary CO's issued the final week of July. These are valid for 90 days pending final inspection.

The two outstanding building permits are related to the pool and outdoor kitchen on the fifth floor, not specific housing units, according to the City of Austin Development Services Department (ADSD).

KVUE asked The Standard about each of the issues listed below, this is the company's response for each issue:

The KVUE Defenders are continuing to investigate.

How soon will evictions begin after moratorium ruling?