In 1957, Hurricane Audrey became one of the deadliest storms in U.S. history

Hurricane Laura may follow the same path as a storm that became one of the deadliest in the nation's history more than 60 years ago. 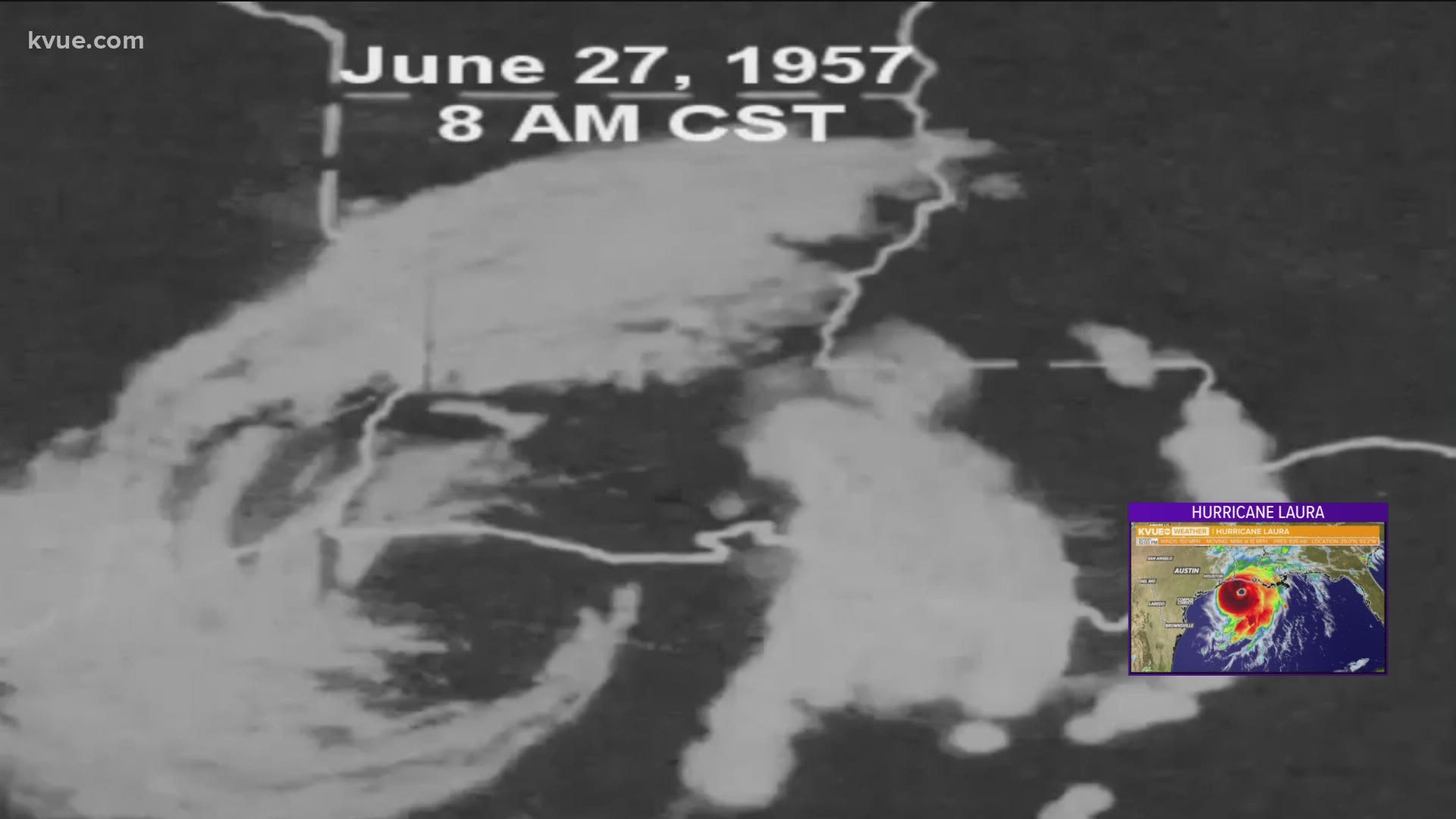 CAMERON PARISH, La. — Hurricane Laura has been on a path to make landfall near the Texas-Louisiana border, almost identical to the path of Hurricane Audrey, which devastated Cameron Parish, Louisiana, in June 1957.

In that era before weather satellites, it was harder to predict where a hurricane would strike and the timing of a storm's arrival. Only ground-based radar could capture a hurricane as it drew near the coastline.

For the people of Cameron Parish, it was too late to get to safety.

More than 400 people died when Hurricane Audrey came ashore, a high death toll blamed on the incompleteness of evacuations when the storm suddenly increased its forward motion.

Weather historians also blame a lack of urgency in the warnings that were issued and even blamed local politicians for editing weather bulletins before they were broadcast to minimize the severity of the approaching storm.

So many lessons were learned from the tragedy of Hurricane Audrey. And with the advances in forecast technology today, we now have days and sometimes weeks to follow the path of a hurricane and make preparations before time runs out.

WATCH: The Backstory: Hurricane Audrey kills more than 400 in 1957