Laura downgraded to a Tropical Depression with 30 mph winds

Only nine other hurricanes on record have made landfall in the U.S. with winds of 150 miles per hour or higher. 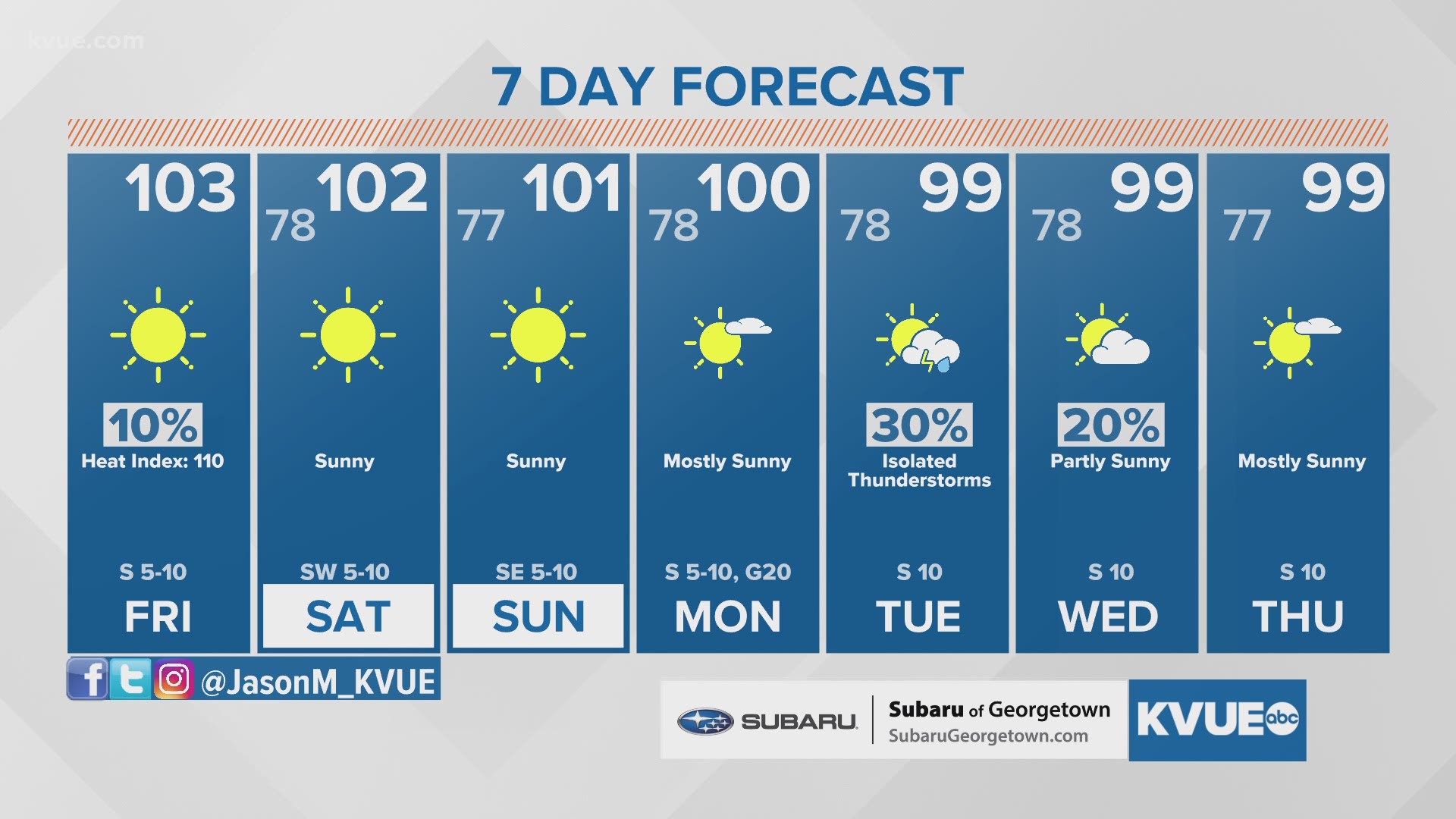 AUSTIN, Texas — Hurricane Laura officially made landfall near Cameron, Louisiana, around 1 a.m. Thursday as a Category 4 hurricane with winds of 150 mph and a minimum central pressure of 938 millibars. Laura was downgraded to a Category 2 hurricane early Thursday morning for the 4 a.m. update. And as of the latest update, Laura is now downgraded to a Tropical Depression with max sustained winds of 30 mph.

Hurricane #Laura has officially made landfall near Cameron, Louisiana as a category 4 hurricane with winds of 150 mph and a minimum central pressure of 938 mb. pic.twitter.com/2mpDqkdGDm

Laura also prompted a rare Excessive Wind Warning for the Lake Charles area. This type of warning is essentially reserved for land-falling major hurricanes capable of producing wind gusts in excess of 115 miles per hour.

Stay with KVUE over the weekend as the KVUE Storm Team keeps a close eye on things. Find the forecast on kvue.com and download the KVUE News app in order to get updates and to check on radar: kvue.com/app. Also be sure to follow KVUE on YouTube, Facebook, Twitter and Instagram.