Longhorns vs. UTEP Forecast: Great weather for the season opener

Temperatures will be in the mid to upper 80s around kickoff, falling to around 80 degrees by the end of the game. 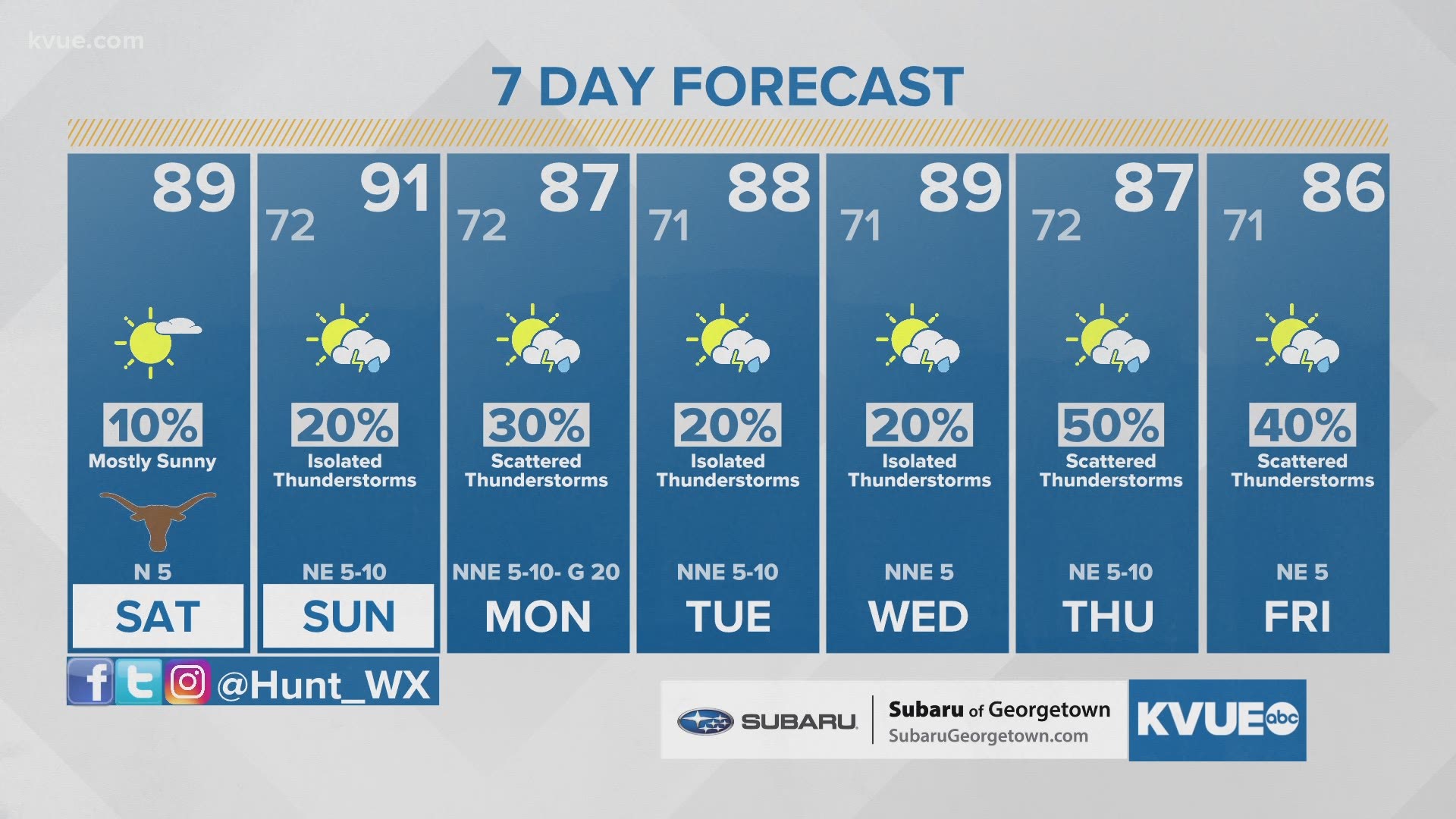 AUSTIN, Texas — After an early fall preview just a few days ago, temperatures will rebound nicely this weekend, resulting in a fantastic forecast for the Texas Longhorns' season opener against the University of Texas at El Paso (UTEP).

High temperatures will top out around 89 degrees for Saturday afternoon, but by kickoff at 7 p.m. we're expecting a temperature of around 87 for Austin.

Temperatures will cool gradually throughout the game under a mostly clear sky, with the temperature around 80 degrees by the end of the fourth quarter. Thankfully, the forecast looks mainly dry with just a 10% chance of a stray shower or storm.

After a fantastic game day, the forecast remains fairly nice to close out the weekend on Sunday. Highs will be a bit warmer though, and the rain chance will trend a bit higher. Expect low 90s on Sunday with a 20% chance of rain late in the day thanks to a surge of Gulf moisture, mainly to the southeast of Austin.

Although not necessarily widespread, daily rain chances will continue into the upcoming week. The highest totals will likely be east of the Interstate 35 corridor, where a half inch or more could fall in the next seven days.

Be sure to download the KVUE app to get the latest weather and sports updates straight to your phone.