In an encounter with Travis County deputies days prior to the crash, Alan Justin Gaytan's ex-girlfriend told them he has "threatened suicide by cop." 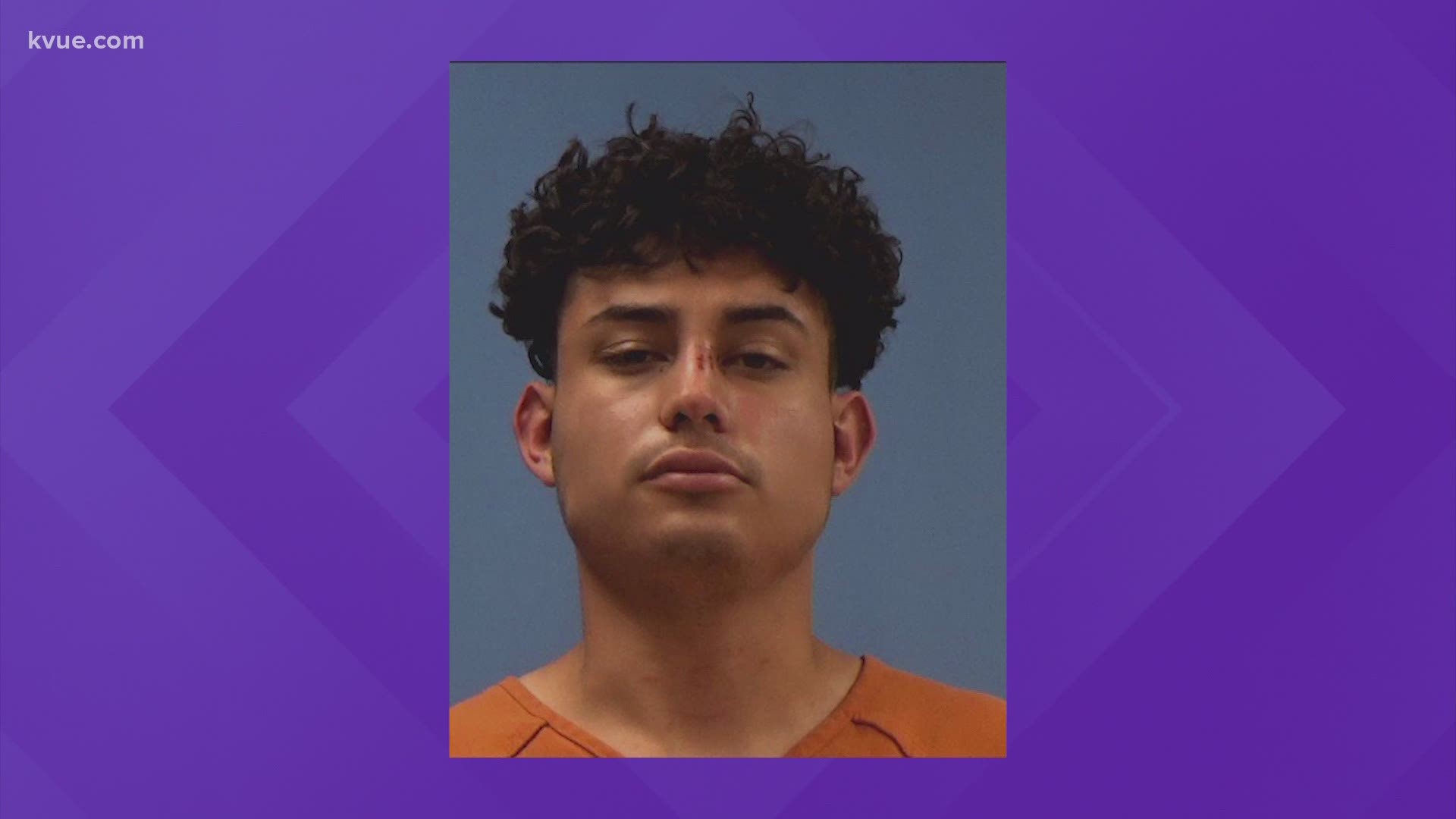 AUSTIN, Travis — The man accused of killing a father and son in a deadly hit-and-run crash in Leander early Wednesday morning has a lengthy criminal history, according to court records.

Between 2017 and 2020, 21-year-old Alan Justin Gaytan has faced at least 12 charges in both Williamson and Travis counties, including the two recent charges for failure to render aid after the hit-and-run crash near the U.S. 183/183A intersection on Sept. 9.

According to Leander police, Gaytan admitted to taking "multiple intoxicating drugs" before the deadly crash. Additional charges are pending.

As recently as Sept. 4, Travis County sheriff's deputies had encountered Gaytan after being alerted he was following his ex-girlfriend and that she feared for her safety and was "scared to stop her vehicle."

After pulling him over near the corner of Dessau Road and Howard Lane at about 8:15 p.m., Gaytan took off, deputies said, and performed "evasive maneuvers with his vehicle to try and separate himself from deputies and to catch up to the victim."

The chase ended in the parking lot of JD's Market near Tudor House Road, where deputies said Gaytan refused to stop and again evaded deputies.

After meeting with Gaytan's ex-girlfriend, they learned "she fears for her safety" and "believes he will cause her further physical harm if he is able to locate her."

According to deputies, Gaytan has also threatened suicide by cop and has sent his ex-girlfriend text messages "instructing her to call the cops because he is 'ready to go to work with them.'"

Gaytan has a warrant out for his arrest for evading arrest/detention with a vehicle because of this incident. But it's not his only outstanding warrant.

In the early morning hours of March 31, a business owner near the 800 block of West FM 1626 called 911 after allegedly spotting Gaytan on his security camera "jumping on things, beating on the wall" and ripping down a security camera, according to an arrest affidavit.

When deputies arrived, Gaytan began resisting arrest until a deputy had to hit him in the back of his leg three times to get him into handcuffs.

The white grainy substance tested positive for heroin, deputies said. Gaytan said the multi-colored tabs were LSD, but they did not test positive for that.

He's facing two possession of controlled substance charges for this incident, along with criminal mischief and resisting arrest.

Gaytan is also awaiting trial for a possession of a controlled substance (meth) charge out of Williamson County for a November 2019 arrest.

He was also sentenced to two years probation for a March 2017 conviction for obstructing a highway, according to Texas Department of Public Safety records.