Amazon’s cargo airline started flying to and from the airport in May, which will help customers continue to have fast, free shipping. 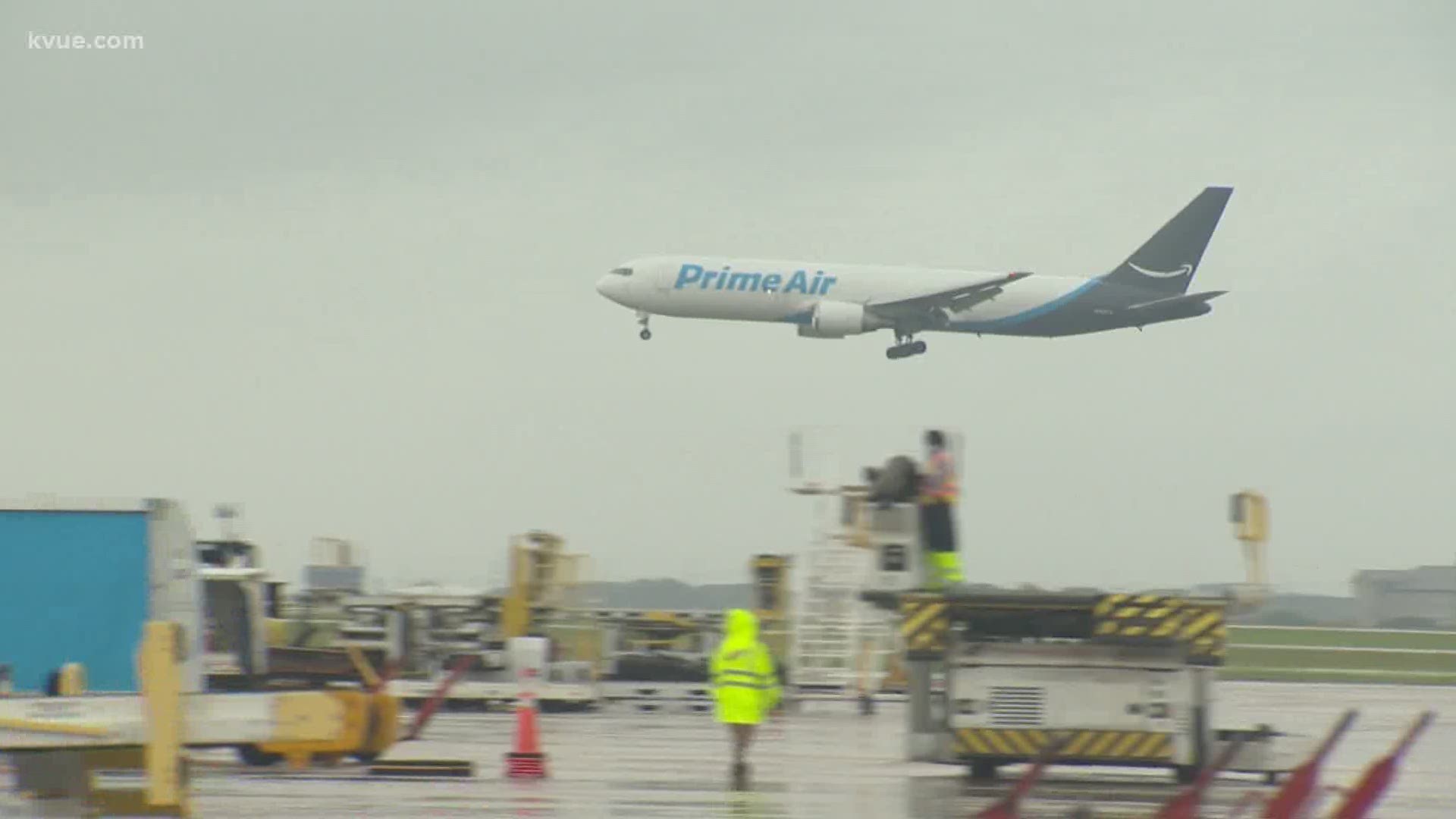 AUSTIN, Texas — If you’ve noticed a change in how fast your Amazon deliveries might be arriving, there could be a reason for that.

“It means (customers) have that fast, free shipping delivery and can count on Amazon to meet that,” said Chris Preston, director of operations for Amazon Air.

Previously, the closest Amazon Air deliveries went to Kelly Field in San Antonio. The Austin operation is Amazon’s fourth in Texas. The other three are in Fort Worth, Houston and San Antonio.

According to data from Austin’s airport, Amazon flew nearly 2.5 million pounds of packages in May when the cargo carrier launched. That number spiked 158% in June to 6.4 million pounds and increased more in July to 7.1 million pounds.

Amazon Air is now poised to pass Federal Express in Austin, the cargo carrier usually leading the way locally. In May, FedEx flew 7.6 million pounds of packages, 7.4 million in June and 7.8 million in July.

Overall, air cargo is up 37% year over year at AUS, even though passenger traffic plummeted 96% locally at the height of the pandemic. 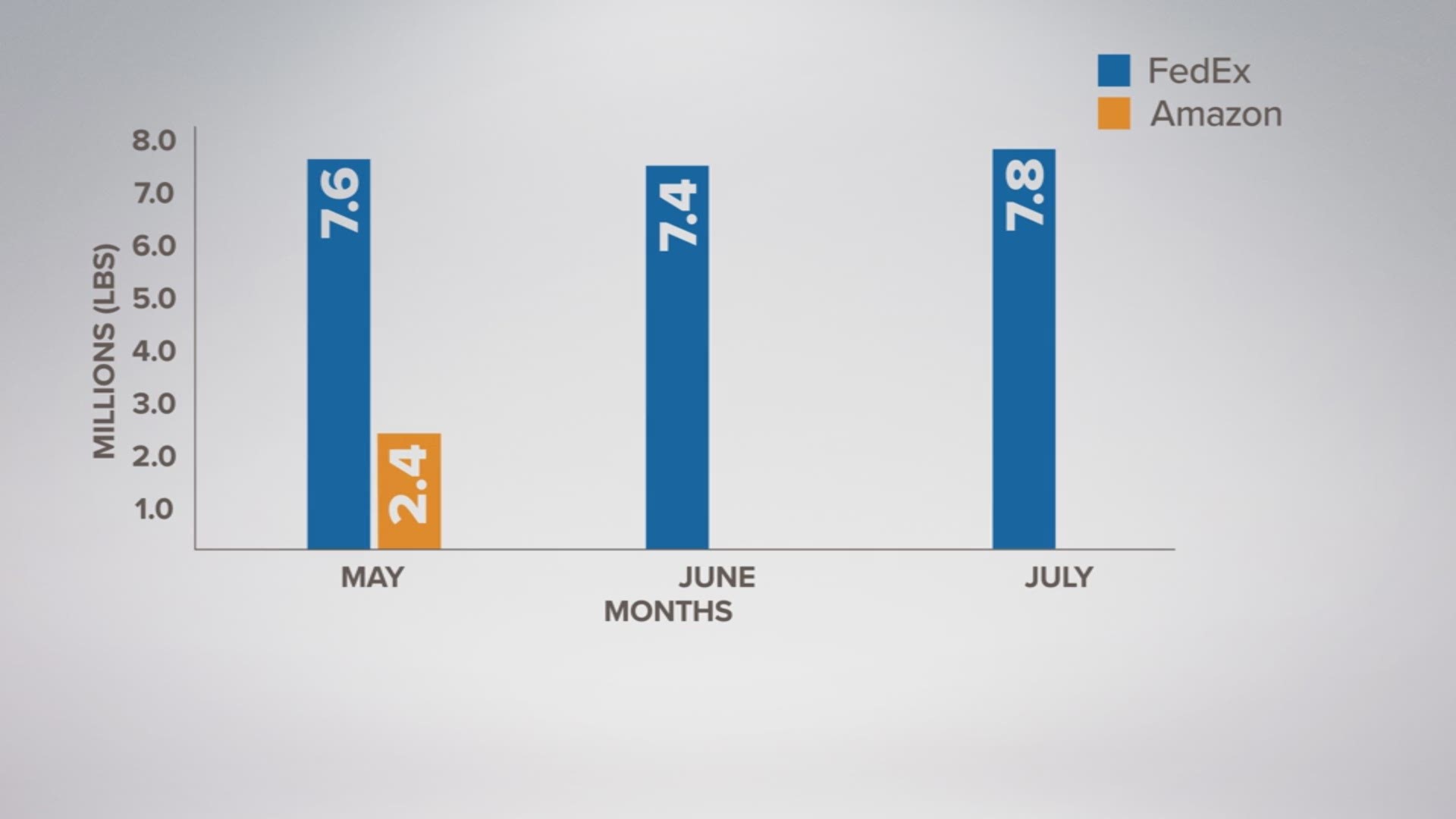 "We are starting to see those passenger numbers come back gradually, but throughout the COVID-19 event, cargo is, has been, and continues to be a bright spot,” said Mandy McClendon, communications and marketing manager for the airport.

Amazon Air’s Austin operation is what the company calls a gateway operation, which is smaller in comparison to the company’s regional air hubs. Products that leave on flights come from 17 different fulfillment centers in the area and incoming products are sent to sort centers before your door.

“When we add capacity into Austin, it means we have additional aircraft into the Texas region as a whole to move our customer shipments,” Preston said. “By adding that capacity, we create an opportunity for our customers to have that delivery performance that they expect.”

Amazon Air launched in May with one flight daily, but in August that increased to two a day. The company said both are usually full, meaning more capacity could be on the way.

“There are always plans for more growth,” Preston said. “As Amazon Air continues to expand and grow, we continue to evaluate the needs of the network and the supply chain.”