According to Million Air, this weekend many people will be arriving in private aircraft to watch Formula 1. 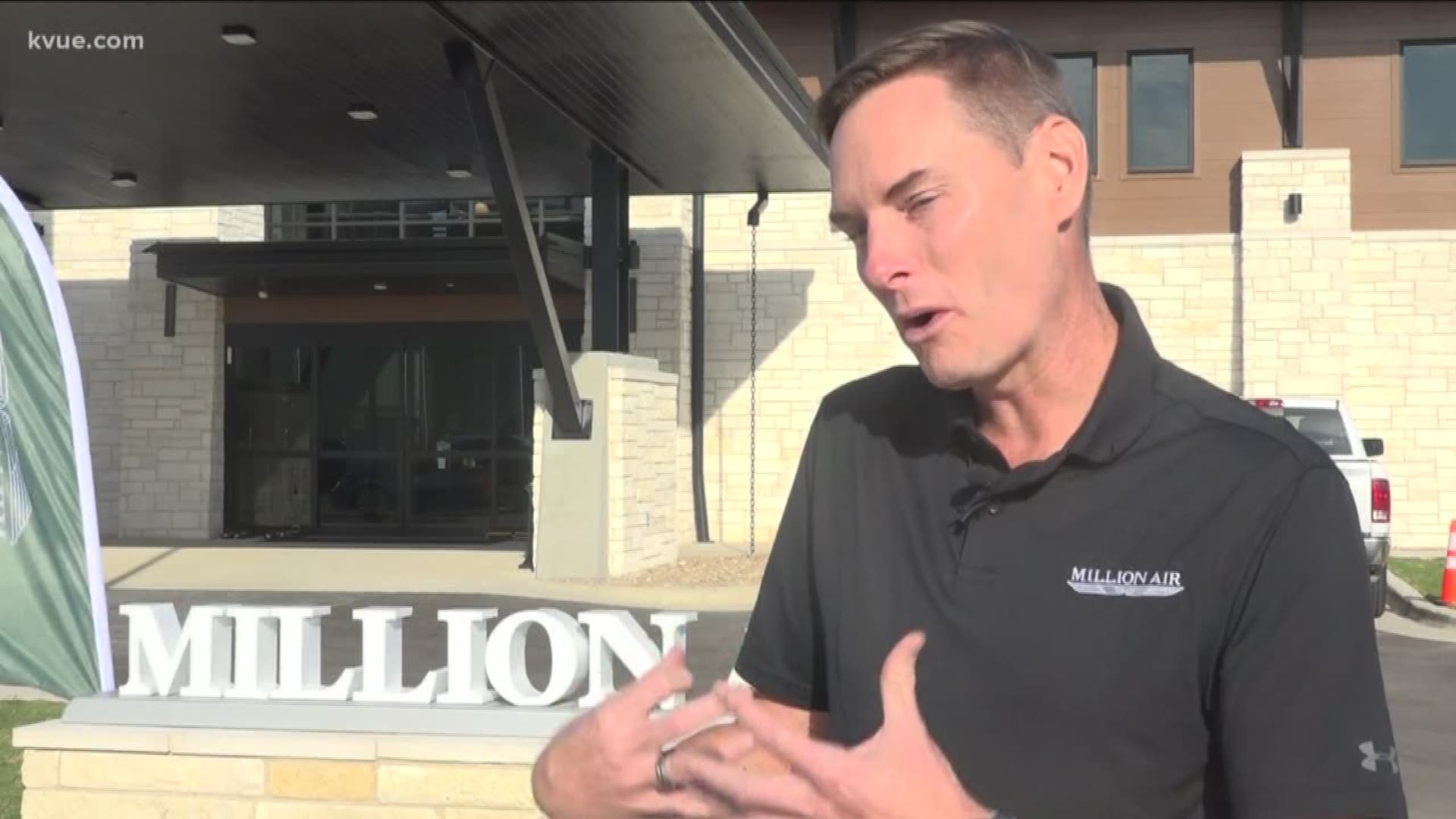 AUSTIN, Texas — This weekend will be one of the busiest for Austin's airport. Thousands of people will be arriving to watch Formula 1 racing at Circuit of the Americas.

Million Air, who helps coordinate high-end travel, will be receiving many travelers via private plane.

Ryan Korsgard, the general manager for Million Air in Austin, could not give out exact numbers, but noted the busiest travel days for the company would be Thursday, Friday and Sunday as people arrive and depart the most on those days.

Korsgard also noted the ease with which some will be traveling – taking a plane to the airport, walking into a helicopter, flying to the raceway and back again.

Million Air's building opened just two weeks ago near the South Terminal at Austin-Bergstrom International Airport. Korsgard says this weekend will be immensely important not just for the airport, but for Central Texas as a whole.

"This will be the first impression and the last impression a lot of people have of Austin," Korsgard said. "Some of them may not even go into downtown so this is what they're going to take home with them, so we hope it's a good impression that really reflects favorably on all of Central Texas."