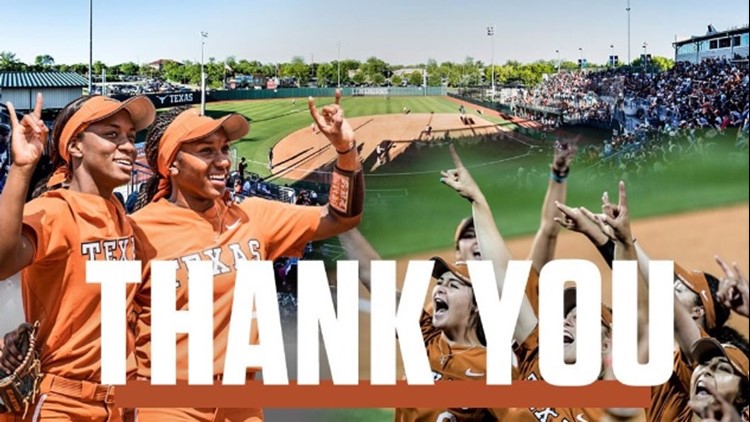 Photo by: University of Texas Athletics

An 8-5 loss to Alabama in the third and final game of the Super Regional series ended UT's season one win shy of the Women's College World Series.

It was a season where the Longhorns finished with a 46-17 overall record.

Texas pitcher Miranda Elish watched from the bench Saturday due to the injury she suffered the night before. Elish was drilled in the face with a throw from her catcher, Mary Iakopo.

The Longhorns jumped into a deep hole in the third inning when Alabama jumped out to a 7-1 thanks to back-to-back homers.

UT responded with a four-run fifth inning, all thanks to Shannon Rhodes grand slam.

But it was a too little, too late situation for Texas.

The Longhorns placed two runners on base in their final at-bat in the seventh inning. That rally ended as well as the game.