Ehlinger was the offensive MVP in the Alamo Bowl last week. 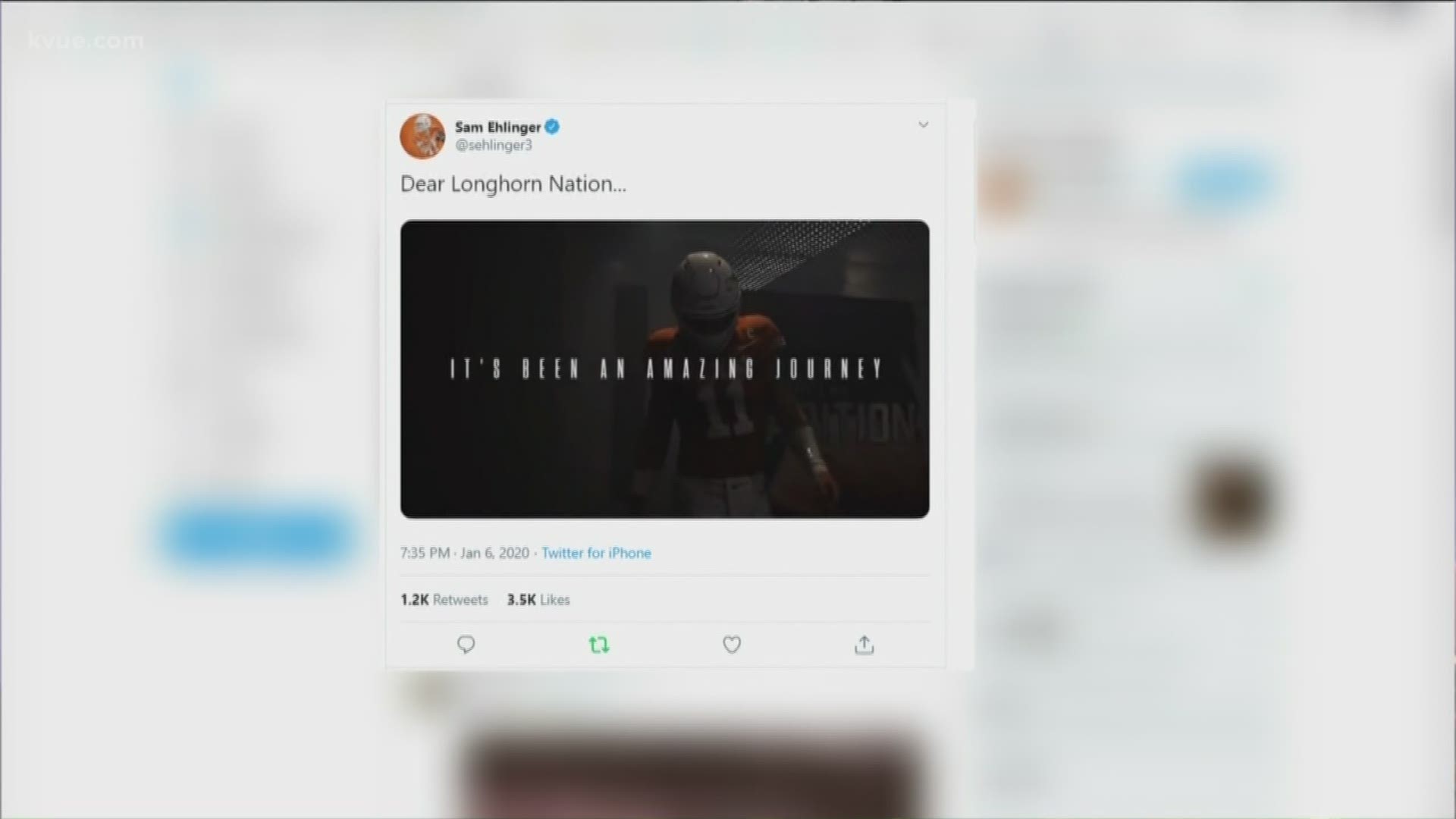 The 2020-2021 season will mark the Westlake native's fourth year playing for the Texas Longhorns.

The announcement comes after Ehlinger told the media last month that he would look to the NFL draft advisory committee about what his potential draft status is for 2020.

After Ehlnger submitted the paperwork for his NFL Draft advisory grade – and after the Alamo Bowl – Coach Tom Herman told the press he "absolutely" expected Ehlinger to come back to Texas Football.

"He's already gotten the results back," Herman said. "I do think he has a tremendous future at the next level. Again, I'll say it as many times as I need to: he sees the game as good as anybody I've coached. Having coached some good quarterbacks in my day, that's certainly no slight on them, it's a testimony to him and his intelligence, his toughness. That's going a long way at the next level."

At the Alamo Bowl, Ehlinger passed for three touchdowns and ran for another, helping Texas rise above their frustrations of a disappointing regular season for a 38-10 win over Utah.

Ehlinger threw for 3,663 passing yards this year, with 32 passing touchdowns and 10 interceptions. He was also the offensive MVP at the Alamo Bowl versus Utah.

Also on Monday, offensive lineman Samuel Cosmi announced he would be returning to the 'Horns in 2020.