One person was killed and two others were injured after a reported assault and stabbing at two locations on South Congress Avenue on Jan. 3. 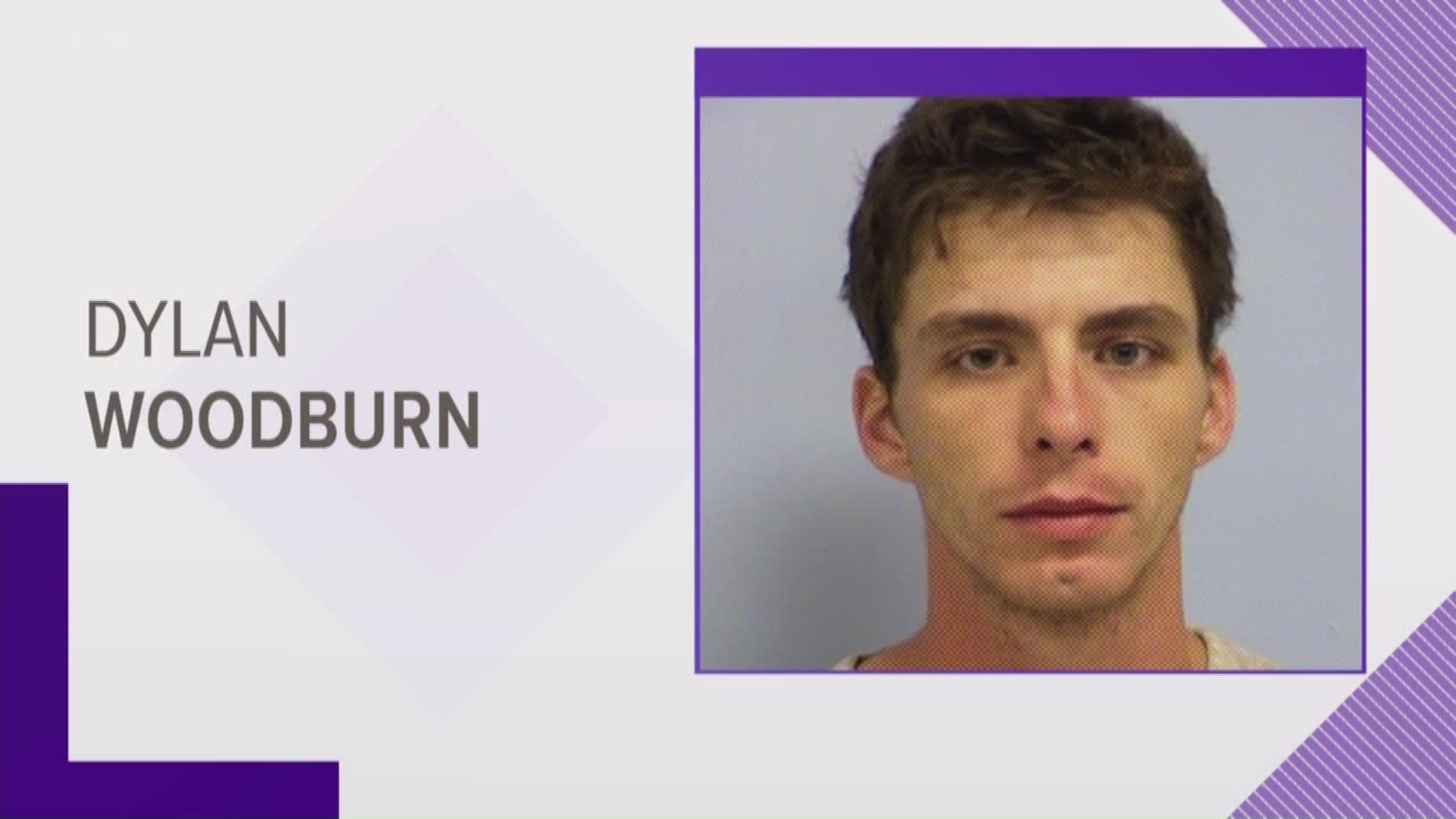 AUSTIN, Texas — Editor's note: Police first reported the customer injured in the coffee shop was transported to the hospital, but later clarified that they were not transported.

Police are currently investigating how they responded to a fatal stabbing on Jan. 3, including a police officer's and dispatch actions.

On Jan. 6, Austin police confirmed that the suspect in Friday's South Congress Avenue stabbing has died and that in addition to a homicide investigation, the department is conducting an internal investigation into how the incident was handled by officers.

Sources identified the suspect in the Jan. 3 incident as 27-year-old Dylan Conner Woodburn, who had prior run-ins with law enforcement. Travis County officials said Woodburn was booked in September 2019 for burglary of a building. He was released in December.

One person was killed and one other person was injured in the stabbing inside a Freebirds World Burrito restaurant in the 500 block of South Congress Avenue, according to Austin police. Austin-Travis County EMS said a man in his 20s was killed.

A friend and former coworker, who wished to remain anonymous, said 34-year-old Johnathan Aguilar was the man killed. He said Aguilar was a kitchen manager at Freebirds. Police confirmed Jan. 6 that Aguilar was indeed the victim.

"It's a loss of words, really," Aguilar's coworker said. "You don't expect that."

The coworker said they worked together for eight years and it's been a few months since they've seen each other. He remembered Aguilar as a "selfless guy with a beautiful soul." He said Aguilar leaves behind a child.

At a press conference on Jan. 6, Austin Police Chief Brian Manley broke down a timeline of Friday's incident. Manley said APD received a call at 7:49 a.m. that a man with a huge rock – later identified as Woodburn – was standing outside the Bennu Coffee shop located at 811 S. Congress Ave., being verbally threatening. The caller said at that time that they didn't know if the man was intoxicated or emotionally disturbed.

Manley said that at 8:02 a.m., an officer was assigned to respond to the call. He arrived on the scene at 8:09 a.m. A person came out of Bennu and yelled at the officer, telling him to come inside at 8:10 a.m. According to video, the officer went into the business four seconds later. Upon seeing a disturbance between Woodburn and a customer at the coffee shop – which police said resulted in the customer's injury – the officer yelled, "Stop." At this point, he had his Taser out. According to police, two civilians had pinned Woodburn to the ground.

“It was extremely important that they intervened and got involved and detained the individual," APD Sgt. David Daniels said. "We don’t recommend individuals getting involved in a situation. But they chose to do that, and it was helpful.”

A foot pursuit of Woodburn began and in that process, officers lost sight of Woodburn, according to Manley. At 8:11 a.m., it was advised that Woodburn had run behind the Freebirds restaurant located at 511 S. Congress Ave. It was at this time that the initial responding officer went back to Bennu and sought medical aid for the victim there.

According to Manley, locating Woodburn took several minutes. It is during this time that police believe Woodburn went into Freebirds and stabbed two people. As officers searched for Woodburn, the APD started receiving 911 calls about a stabbing at the Freebirds, where officers found two stabbing victims. One of them was a man stating he and his coworker had been stabbed.

Police said one of the Freebirds employees and the suspect were transported to Dell Seton Medical Center at the University of Texas. Officials reported on Jan. 3 that the employee who survived is in a "stable but serious" condition. The second employee, Aguilar, was pronounced dead at 8:30 a.m.

Austin police said Woodburn got out of the Freebirds and managed to get on top of the roof. Woodburn then jumped from the roof. Police reported that day that he remained in critical condition from injuries he sustained but confirmed Monday that he died on the night of the incident.

Manley said that in addition to the homicide investigation, APD is conducting an internal investigation to see if the actions taken were "compliant" with APD policies and to try to determine what caused the initial responding officer's duty belt to come undone.

On Jan. 10, police released a timeline of their response times:

"Officers were available to respond to this call. Based on our preliminary review of the incident, dispatch protocols were not followed, which resulted in the 20-minute and 10-second response," police said. "Our internal review of the incident will include classification of the call and the timeliness of the dispatch."

At this time, APD does not know what Woodburn's motive was but they believe both the attack at Bennu and the attack at Freebirds were random. They are seeking information from anyone who may have known Woodburn, who they said was not originally from Austin. Anyone with any information is encouraged to call the APD tip line at 512-477-3588.

"Freebirds World Burrito is cooperating with authorities who are investigating the incident that took place at our South Congress location," Alex Eagle, CEO of Freebirds World Burrito, said in a statement. "Our thoughts are with our Tribe members and their families who have been affected by this tragedy. The location will remain closed until further notice and we ask for respect of our Tribe members’ privacy during this difficult time.”

Bennu Coffee released the following statement regarding the stabbing:

"A tragic incident took place this morning at our South Congress location resulting in injuries to at least one of our customers and the death of another person at a nearby business. We are heartbroken about the injuries to innocent people and the loss of life and are fully cooperating with authorities. Our number one priority is the safety of our customers and employees. We thank everyone for their concern for those involved. Our South Congress location will remain closed at least through today. We will assess the most appropriate time to reopen in the coming hours."

On Friday night, Mayor Steve Adler responded to the incident, saying, "My prayers--and those of our city--are with the victims of today's horrible stabbing on South Congress, as well as their families."

Texas Gov. Greg Abbott responded to the incident on Twitter Friday evening stating, "When all facts are revealed I bet you’ll learn that the killer was a homeless man with prior arrests. If so Austin’s reckless homeless policy puts lives in danger to murders like this. Austin leaders must answer for their perilous policies."

Adler responded to the governor's claims in a phone call with KVUE on Friday night.

"The governor’s continuing attacks on Austin is not helping us solve the problem," she said. "What we need is assistance to help the City of Austin continue our current efforts to provide shelter and services for homeless individuals." ‬

While APD confirmed over the weekend that Woodburn was homeless, ahead of Monday's press conference, Manley deterred all questions regarding homelessness saying, "There's a lot being discussed out there about homelessness. That's not what we're here to talk about today. We're here to talk about a horrific incident that occurred in our community and to provide as much information to our community as we can at this time."

APD said on Jan. 6 that the homicide and internal investigations are ongoing. Police are still going through the information and speaking to many people. Manley said the homicide investigation will take some time.