Oklahoma, TCU losses open eyes to Texas' mediocre record over the past decade

It may seem like OU and TCU have UT's number, but records show they may not be the only teams. 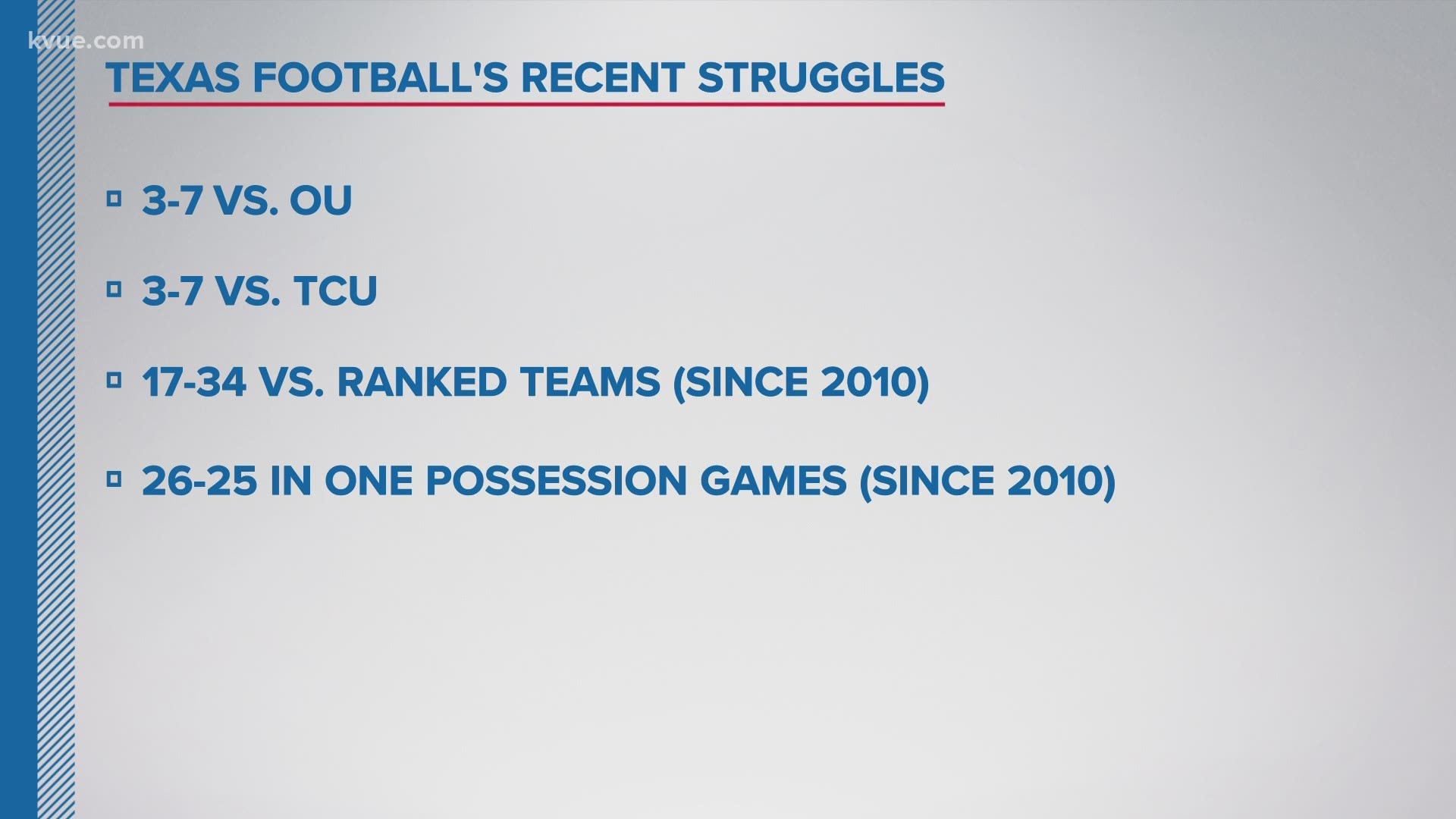 AUSTIN, Texas — The University of Texas football team recently dropped out of the AP Top 25 after their 53-45 quadruple overtime loss to Oklahoma in the Red River Showdown.

It may seem like these two teams have UT's number, but when you look a little deeper, they aren't the only ones who have at least a split record with the Longhorns.

Here is a look at some statistics from the past 10 seasons:

RELATED: Texas Longhorns drop out of AP Poll after OU loss; Aggies rise after win over No. 4 Florida

The Associated Press also reported that Texas has not had a season in which it was ranked from beginning to end since 2009.

Texas has, however, shown a good record in its bowl game appearances. UT is 5-2 in its last seven bowl games, dating back to 2011, where they have been underdogs in most. UT is also 3-0 in bowl games under Tom Herman.