"I've encouraged our staff and team to join me in participating after games if they are comfortable doing that," Herman said. 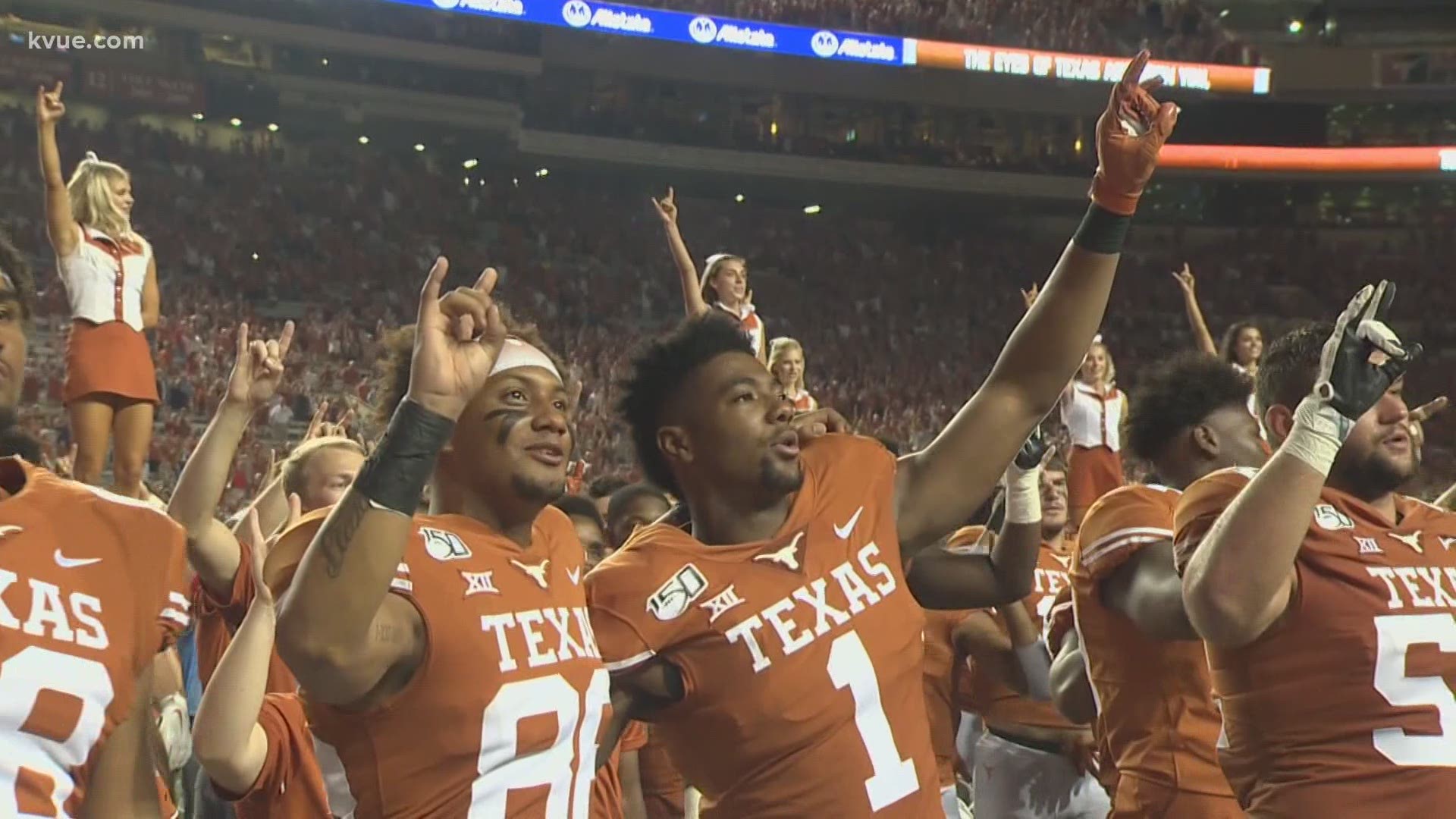 With a paper in hand, Herman said he had put a lot of thought into his statement over the weekend, then read:

"President Hartzell and Chris Del Conte both shared information last week on where we are with our school song, the ongoing conversations we are having, and the committee they're forming to chronicle its full history that will be led by professor Richard Reddick. There are very strong emotions on both sides, and this is something we've been working through since our campus initiatives were announced back in July. As a football program, we've discussed this and will continue to.

I've encouraged our staff and team to join me in participating after games if they are comfortable doing that. I do believe it's important that we acknowledge and thank our fans after a hard-fought game. Sam Ehlinger and some of our team did join me in standing with the fans who helped us greatly in our comeback against Oklahoma in the Cotton Bowl and I applaud them and respect that. Many of our coaches and staff also remained on the field with them to show great appreciation to our great university and our fans, and we will continue to encourage participation for those that are comfortable doing so. That said, some members of our program have concerns and aren't comfortable participating at this time and I respect that, as well. This is an issue that we will continue to have meaningful conversations about and work through as the campus committee gathers more information and addresses it. These findings will allow us to continue our conversations about The Eyes of Texas moving forward."

As Herman eluded to in his statement, a handful of members of the Texas coaching staff and a few others – notably Sam Ehlinger – were seen singing "The Eyes of Texas" after the OU game, while others elected to go straight to the locker room.

The other topic Herman touched on was UT President Jay Hartzell's announcement from Oct. 6, addressing the university's actions underway amid the demands for change from student-athletes.

Among those things, as Herman said, is how the university will handle "The Eyes of Texas." Back in July, Hartzell said the song would remain the school's alma mater but said the origin had "created a rift in how the song is understood and celebrated, and that must be fixed."

Reddick and the committee – made up of diverse alumni, staff members, faculty members and students, including current and former athletes and Longhorn band members – have until January 2021 to complete their work, so there may be a plan put in place to "own, acknowledge and teach about all aspects of the origins of 'The Eyes of Texas'" as stated on the website dedicated to tracking UT's progress on its plan to promote diversity, inclusion and equity.

Read more about the university's process of renaming buildings and funding programs for underrepresented communities.