The group "Texans for Traffic Relief" is behind the billboard. They want voters to decide whether roads will be tolled. 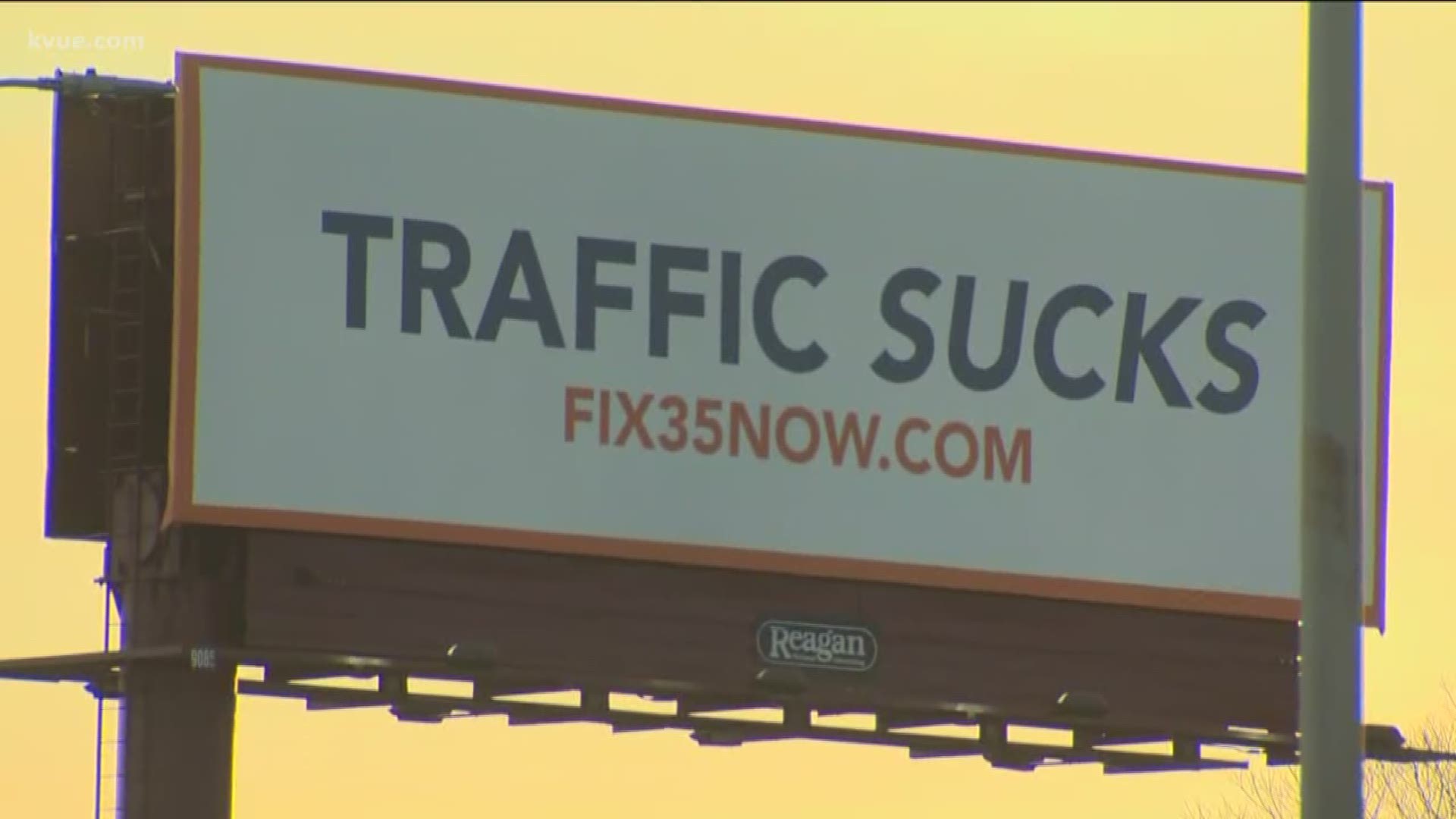 AUSTIN, Texas — One of the biggest busts in our boomtown is I-35.

It just hasn't kept up with how much traffic there is.

A new billboard off of Airport Boulevard and I-35 sums it up. It reads: "Traffic Sucks.”

The group that put it up said one way to fix I-35 is to toll it.

“Texans for Traffic Relief,” a 501(c)4 organization, wants to get you to vote whether highways will be tolled.

The group is proposing HB 1951, the “Toll Payer Protection Act,” which would use private sector investments to pay for expensive projects like I-35.

“There are companies across the country and the world who do infrastructure,” White said. “So, we want to incentivize them to come, if it's voter approved. And if the tolls come off the road and the road is paid for."

“You might have a $20 toll bill that you owe, but have thousands of dollars in fines and fees tacked onto that bill.” Terri Hall, the founder of the PAC, said.

The PAC is wary of even a taxpayer vote on tolls.

“There’s kind-of this fake veneer that it's pro-taxpayer to say it's all okay if we privatize tolling the roads. As long as there's a public vote on it,” Hall said. “But it's more like they put a gun to the public's head and make them think, 'Hey, there's no other way that we can get this road fixed unless you do it our way.”

TxDOT said it is considering non-tolled express lanes on I-35. That project is estimated at $8 billion.

The department said it only has $790 million set aside so far.

At the Capitol, State Senator Kirk Watson (D) Austin proposed several transportation bills, including managed lanes for I-35. He said that could be HOV or toll lanes.