The drugs were concealed in steel traps welded to the rims of the vehicle. 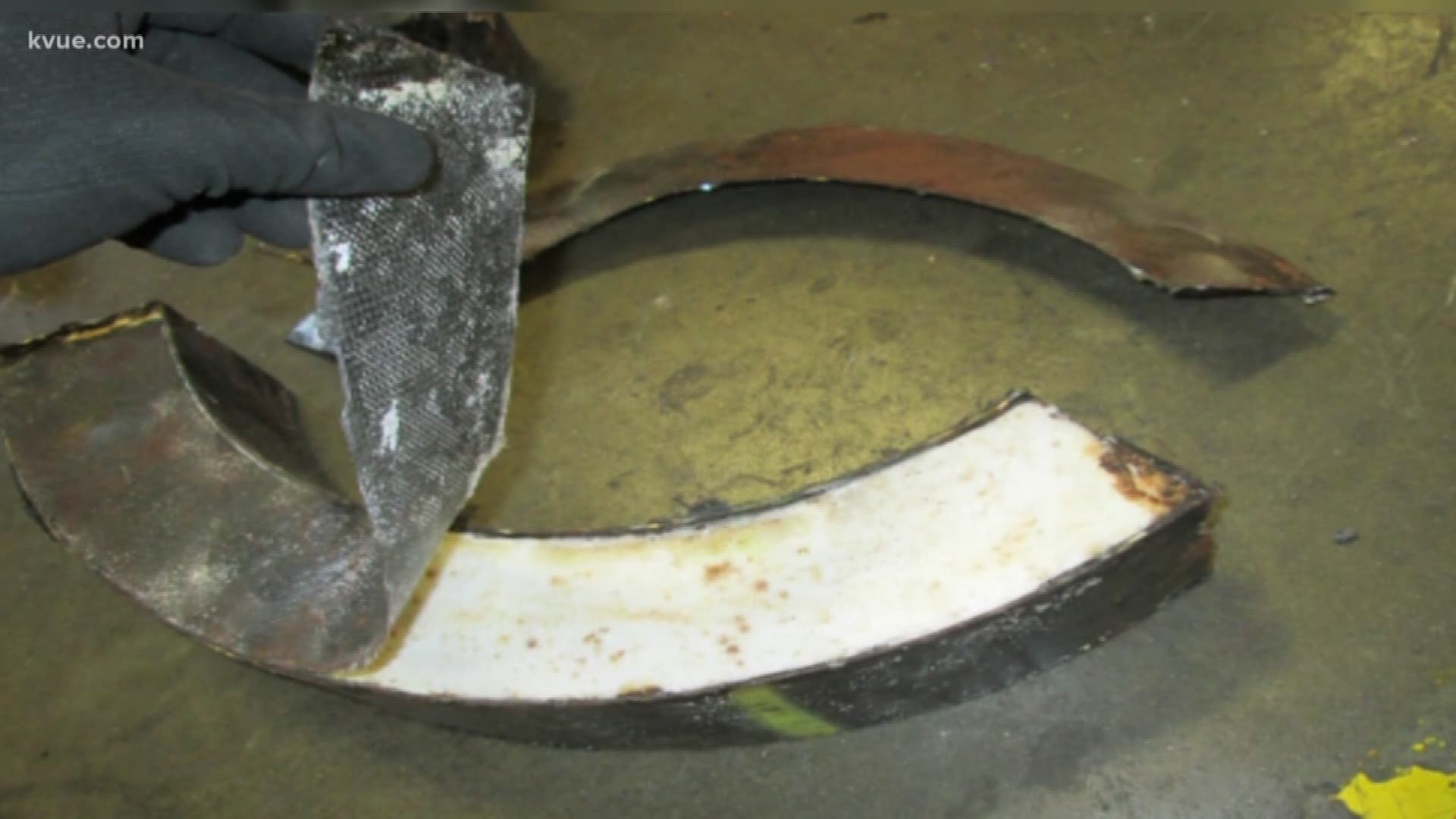 The drugs were concealed in steel traps welded to the rims, with around 12 kilograms hidden in each rim, Sheriff Robert Chody said.

Each trap contained three bundles of drugs, for a total of 24 bundles, police say. Seven of the bundles contained heroin, and another 17 contained methamphetamine.

RELATED: $775,000 in meth now off the streets thanks to Fayette County's Lobos

Police initially stopped the vehicle for following too close.

Williamson County Sheriff Robert Chody said that even if people in Central Texas don't see the movement of drugs, it is still happening and his team is trying to stop it.

The driver, 37-year-old Lucia Garcia of Eagle Pass, Texas, was arrested after the drugs were discovered.

"We have seen an increase of some overdoses in Williamson County based on the opioids," Chody said. "This directly impacts our community. That's why we're having this press conference. Plus to show it off a little bit because we're proud of what the deputies did yesterday on I-35."

The drugs were likely headed to Dallas, Chody said.