Travis County will have new voting machines this year

The machines are expected to give voters a better sense of safety, according to the county. 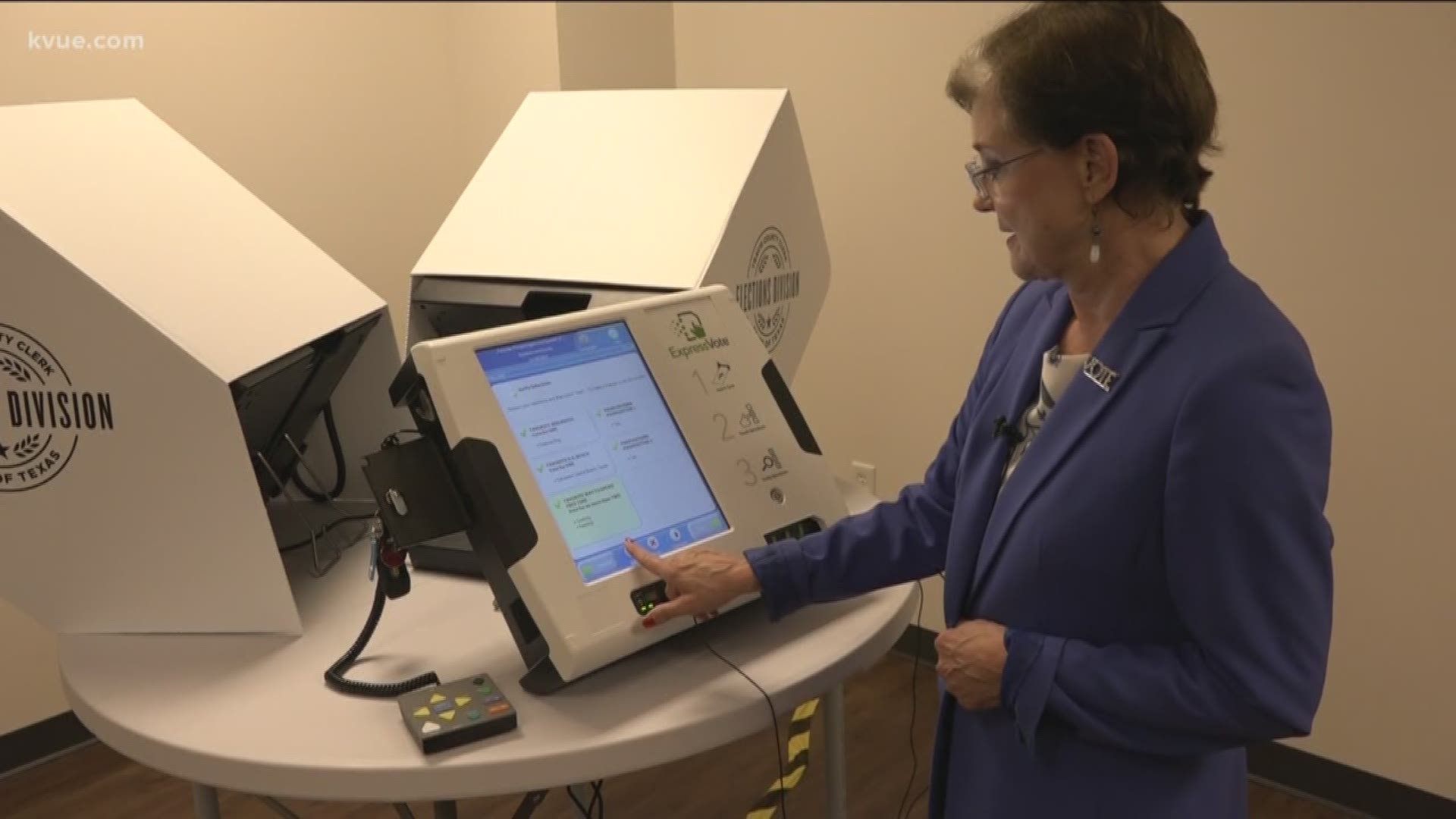 AUSTIN, Texas — Early voting for this year's election cycle starts on Monday, Oct. 21 – and Travis County voters will have a much different way of casting their ballots this time.

The county is using new machines that cast votes electronically, but also leave a paper trail for verification. The machines are expected to give voters a better sense of safety, according to the county.

"In addition to the ballot card that they're going to get as a paper trail, our system is also not connected to the internet, and that gets you a long way down the road in terms of being protected," Travis County Clerk Dana DeBeauvoir said. "The system is much, much, much more difficult to hack into if you don't have a pathway to get into it."

Nearly 94% of eligible voters in Travis County are registered to vote, county says

DeBeauvoir also had a piece of advice for voters.

The Travis County Clerk said the new system, including training, cost the county about $9 million. There are 2,000 machines.

"You can change the contrast on the screen, blow up the font, all of those are going to be helpful for almost everybody so we’re all going to be voting the same," said DeBeauvoir.

DeBeauvoir said Travis County was the first Texas to buy the new system, followed by others like Williamson and Dallas counties.

Voters have two chances to try out the new machines in Travis County ahead of the start of early voting. There will be an open house on Monday at 12 p.m. at St. Edward's University and another on Wednesday at 1 p.m. at Disability Rights Texas.

Hays and Williamson counties are also using similar machines in this election cycle.

Stay up on all the latest election news by visiting our Vote Texas section at KVUE.com/votetexas!