The statement comes after a report stating the Texas State Guard would be sending troops to Texas cities in case of "post-election disturbances." 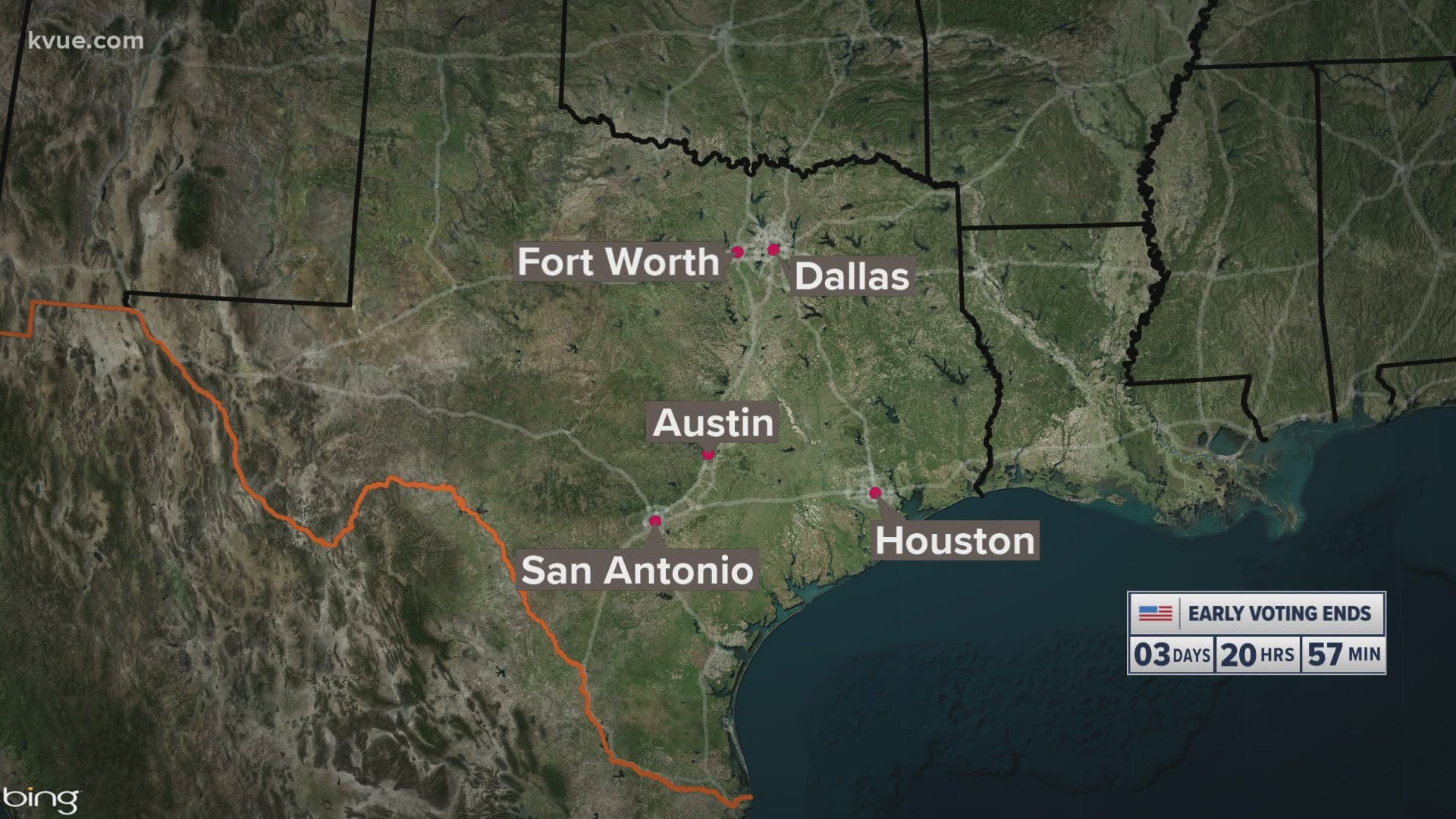 AUSTIN, Texas — Following reports stating the Texas Guard was planning to send up to 1,000 troops to Texas cities in case of "post-election disturbances," military officials say that is not the case.

"The Texas Military Department was activated to provide additional support to the Department of Public Safety in the summer of 2020," said Maj. Gen. Tracy R. Norris, the Adjutant General of Texas. "Texas Service Members continue to support DPS in this capacity, guarding historical landmarks such as the Alamo and the State Capitol. To be clear, there has been no request nor any plan to provide any type of support at any polling location in Texas."

The statement follows a report from the San Antonio Express-News stating the Texas National Guard would be sending troops to the state's biggest cities as soon as this weekend. Maj. Gen. James K. "Red" Brown reportedly said the activation of troops was for "post-election" support. He also said he "has not been on any mission request or in any conversation with the governor’s office."

“The Governor could choose to make clear why he is doing this, he could make clear that voting is safe and secure, but instead he is choosing to continue his pattern of voter suppression. There is a disgraceful history of state officials using law enforcement to suppress Black and Brown voters, and we won’t be deterred from voting in record numbers. Voting in Texas, whether by mail, early in-person, or on Election Day, is safe, secure, and convenient, and our local leaders will ensure that every vote is counted.”

Casar later said in an interview with KVUE that he believes there is already enough security in Austin following the election with the police department.

"The fact of the matter is, if something is going wrong in a situation, then we can intervene. But when there's nothing going on, that's wrong. Raising the specter of sending in troops is intimidating," Casar said. "So, it's important for law enforcement to be able to be there if there is an issue, if somebody is really at risk. But simply just stating that 'we're going to be sending in the troops during the election,' that's not a normal thing to do. And if there was a good reason for that, the governor should be making that clear."

Travis County Clerk Dana DeBeauvoir had no comment on the issue but said in a separate interview with KVUE focused on a different topic that her office trains election judges for security measures at the polls.

"We pay close attention to all of our sheriff and police departments in the area, making sure they know where all the public places are so they’re along their normal patrols for those days," DeBeauvoir said. "All of our election judges go through a training that tells them what’s the best way to respond to a lengthy variety of things that might happen in the polling place. Everything from inconveniences and spills to what if you have some sort of really ugly confrontation going on."

In May, the governor deployed more than 1,000 Texas Army National Guard troops to help Texas DPS and local law enforcement officers amid protests over the death of George Floyd. Guardsmen were deployed to the Texas Capitol in Austin during the protests.