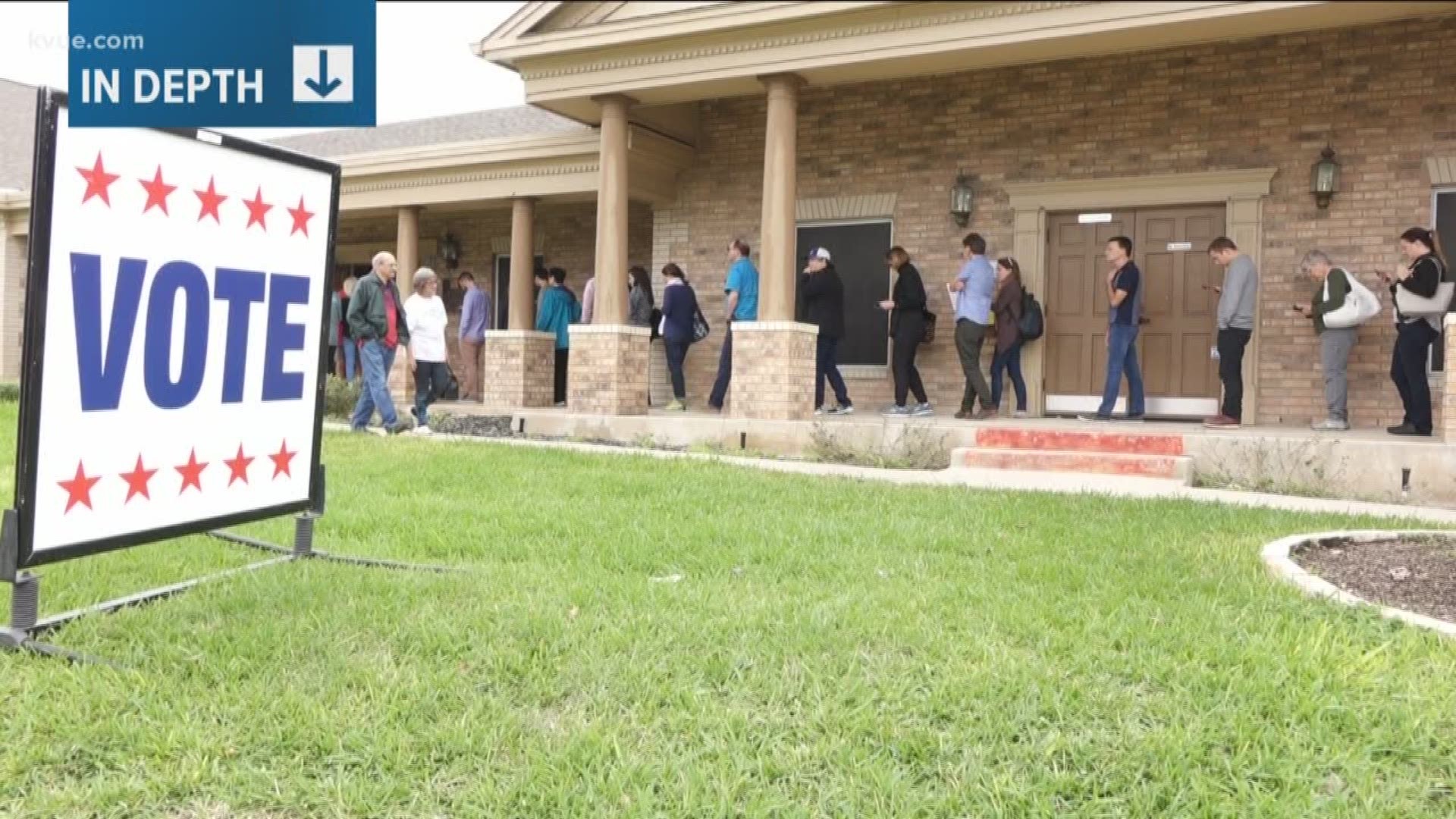 TRAVIS COUNTY, Texas — A record 16.2 million Texans are expected to head to the polls to vote in the 2020 Texas primary – and voters in Travis County are already turning out.

More than 7,000 voters cast their ballots in Travis County on Tuesday, the first day of early voting in Texas. The county clerk said that is an increase of about 5,000 early voters from 2016 and nearly 4,500 from 2018.

On Saturday, KVUE reported that the county had hit a new record for voter registration, with more than 821,000 people now registered – the most ever, after adding another 50,000 or so in the last year, Travis County Tax Assessor-Collector and Voter Registrar Bruce Elfant told KVUE.

“Travis County is leading the way for the state. We have the highest registration rate of any urban county in Texas,” Elfant said.

Before heading to the polls, check out the KVUE early voting guide for poll hours, ID requirements, sample ballots and more.

If you'd like to know more about the Democratic candidates running for U.S. Senate in the primary, KVUE hosted a debate with 11 of the 12 candidates on Tuesday. You can watch that in full here or below.