Here is everything you need to know about voting, from polling sites to sample ballots. 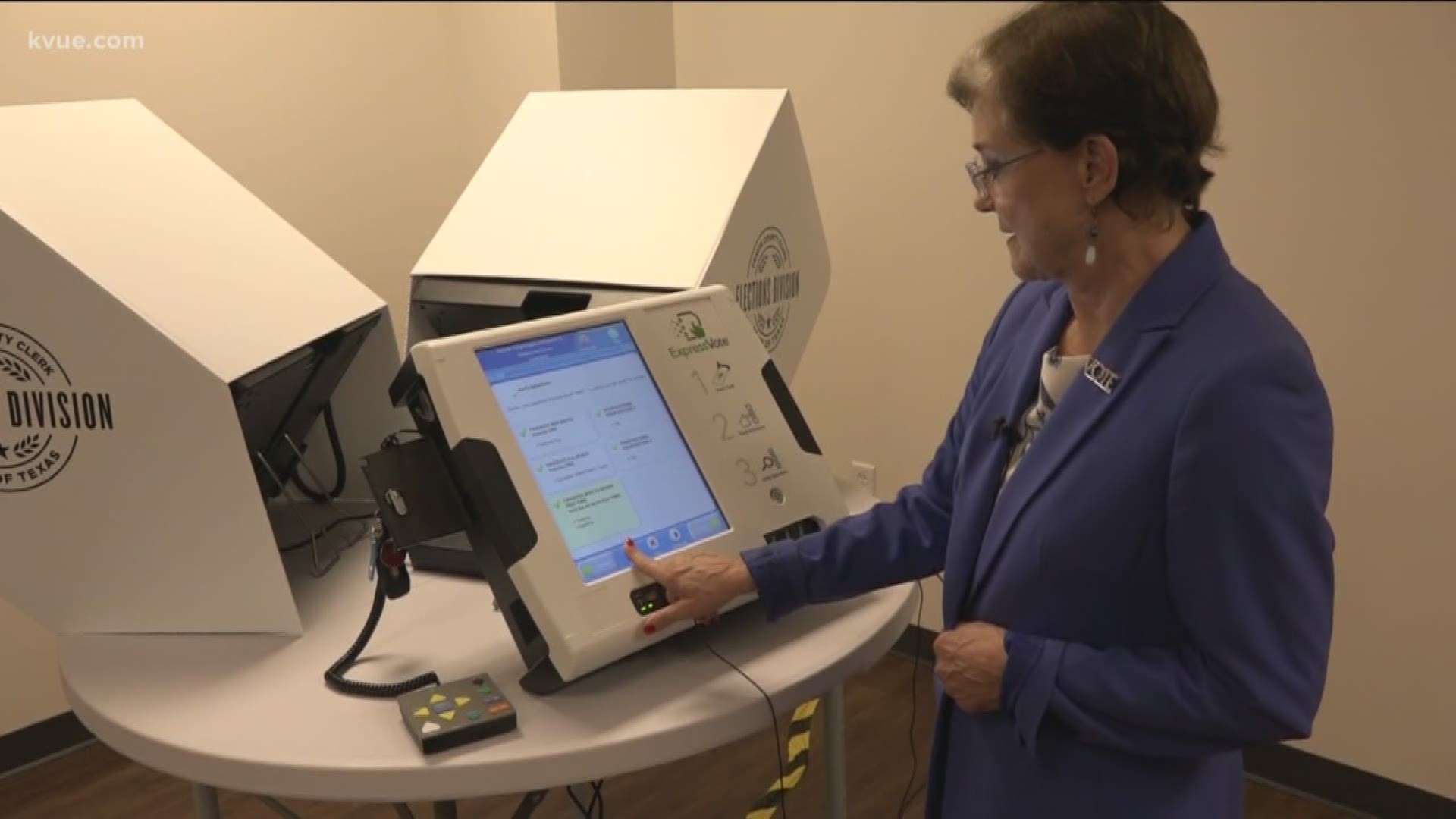 Here is everything you need to know about voting, from polling sites to sample ballots.

Check to see if you're registered

You must be registered in order to vote in Texas. You can check online to see if you are currently registered to vote.

Where you can vote

Registered and eligible voters may vote at any early voting location located in the county they live in.

Early voting locations will be populated on votetexas.org's website two days before the first day of early voting. All voters have to do is plug in their information in order to find polling locations.

When you can vote

What you need to have with you at the polling site

You need to have a form of identification when you go to cast your ballot. Here is a list of acceptable forms of photo identification:

If you don't have an acceptable form of photo identification, and cannot reasonably obtain one, you can bring one of the following in order to execute a "Reasonable Impediment Declaration":

What will be on your ballot

In the primary, each party will choose its candidate for U.S. president, U.S. Senate, congressional offices, legislative offices, the State Board of Education, the Railroad Commission and judicial seats.

All Texans will have the opportunity to vote for candidates in statewide races, but other contests will depend on where you live.

For the U.S. House of Representatives, Texas has 36 different congressional districts. At the state level, Texas is divided into 150 House districts, 31 Senate districts and 15 State Board of Education districts.

All U.S. and Texas House districts will have an election this year, as well as one U.S. Senate office – incumbent John Cornyn’s seat – several Texas Senate seats and eight State Board of Education seats.

Since March 3 is a primary election, ballots will be different for Democratic and Republican contests. The parties will also have propositions on the ballot, which in a primary election function more as opinion polls to gauge voter sentiment, not policy referendums.

If none of the candidates in each contest win 50% or more of the vote on March 3, the top two finishers will advance to a May 26 runoff election.

To find your statewide candidates, enter your address into the primary guide on the Texas Tribune website.

Your personal sample ballot with all local contests can be found on the voter website for the county you live in.

Travis County voters can visit the Vote Travis website, enter their details and click on “view my ballot.”

Williamson County voters can find their sample ballots on the Vote WilCo website by searching their details and clicking on their name.

Other counties’ websites can be found on the list maintained by the Texas secretary of state’s office.

As part of its Emmy-winning Vote Texas initiative, KVUE is hosting a debate on Feb. 18 between the U.S. Senate Democratic candidates facing incumbent Republican Sen. John Cornyn in the upcoming election.

Eleven of the 12 Democrats have been confirmed to participate in KVUE's debate.

The debate is set to air from 6:30 p.m. to 8 p.m. on KVUE.com. Additionally, you can watch the debate on the following platforms:

KVUE-TV will carry the first half-hour of the debate. KUT, Austin's NPR station, will also broadcast the debate on KUT 90.5.

The League of Women Voters of Texas has provided a nonpartisan voters guide for you to research the candidates ahead of voting.

KVUE will be bringing you the latest results, news and analysis as the March 3 primary is underway in Texas and other Super Tuesday states.

For the latest updates straight to your smartphone, make sure you download the KVUE app. Within the app, you can select the topics you want to be notified about, including Vote Texas and politics.