A U.S. district judge has ruled again that Texas must let residents register to vote when they renew or update their driver's licenses online. 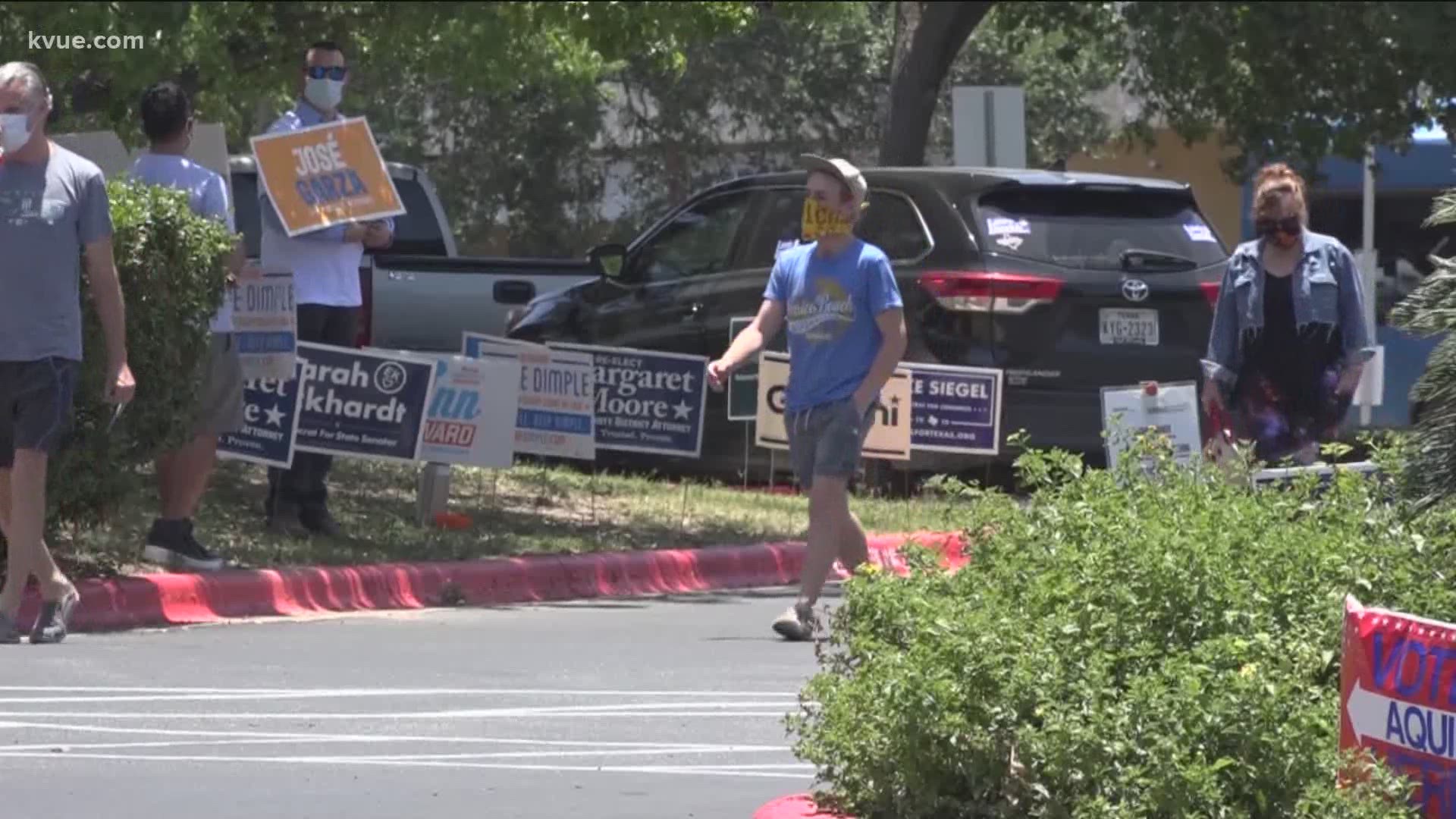 THE TEXAS TRIBUNE – A persistent Texas voter, twice thwarted when he tried registering to vote while renewing his driver's license online, has for the second time convinced a federal judge that the state is violating federal law.

In a 68-page ruling Friday, U.S. District Judge Orlando Garcia of San Antonio found that Texas continues to violate the federal National Voter Registration Act by not allowing residents to register to vote when they update their driver’s license information online. It's the second time Garcia has sided with former English professor Jarrod Stringer. Garcia's first ruling was overturned on appeal on a technicality.

The National Voter Registration Act requires states to let residents complete their voter registration applications when they apply for or renew their driver’s licenses. But Texas officials have staunchly opposed any form of online registration.

The Texas Department of Public Safety follows federal law when residents visit a driver's license office in person. But Texans who try to register while using the state’s online portal are instead directed to a blank registration form they must fill out, print and send to their county registrar.

Garcia found that DPS is “legally obligated” to allow voters to simultaneously register to vote with every license renewal or change-of-address application, and ordered the state to set up a “fully operable” online system by Sept. 23. The Texas attorney general’s office did not immediately respond to a request for comment, but the state is likely to appeal the ruling.

“DPS encourages Texans to use its online services to renew their driver's license and change their address because it is easier and more convenient,” Garcia wrote. “It cannot, at the same time, deny simultaneous voter registration applications when those online services are used.”

Garcia has said this before. In 2018, he ordered the state to implement what would be its first system for online voter registration. A federal appeals court overturned that order in late 2019 because Stringer and his two co-plaintiffs had ultimately reregistered to vote, and the court decided the case was moot because they were no longer being harmed.

Although the appellate court tossed the case, Judge James Ho of the 5th U.S. Circuit of Appeals wrote in the decision that Stringer’s lost vote was a right he "will never be able to recover.”

“As citizens, we can hope it is a deprivation they will not experience again," Ho said.

But just 10 days after the admonishment, Stringer again was unable to update his voter registration along with his driver's license after a move to Houston. Stringer and other frustrated Texans opened the latest chapter of the online voter registration fight by filing a second lawsuit in January.

On Friday, Garcia found that Texas had “offered no factual or legal argument that would justify denying the simultaneous voter registration to which Mr. Stringer is legally entitled.”

“As Defendants have admitted, there are no technological barriers to compliance and corrective measures would not be costly,” Garcia wrote. “Uncontested expert testimony shows that a compliant DPS system would very likely lead to great efficiency, less human error, a massive saving in costs, and increased voter registration.

The issue has become an albatross for Texas Republican officials trying to fend off any form of online voter registration.

At least 1.5 million Texans use the state’s online driver's license portal a year, according to Stringer’s lawyers, though it’s unclear how many also attempt to reregister to vote. The coronavirus pandemic, which forced Texans to seek out many DPS services online instead of in person, “further underscores that the state has no plausible rationale that I could even imagine to appeal the case,” said Mimi Marziani, president of the Texas Civil Rights Project, which is representing Stringer.

“The court has been incredibly clear now over several years that the state is violating federal law,” Marziani said. “And they have no justification for doing so.”