Postmaster General Louis DeJoy testified to the House Oversight and Reforms Committee Monday regarding organizational and equipment changes in place since June. 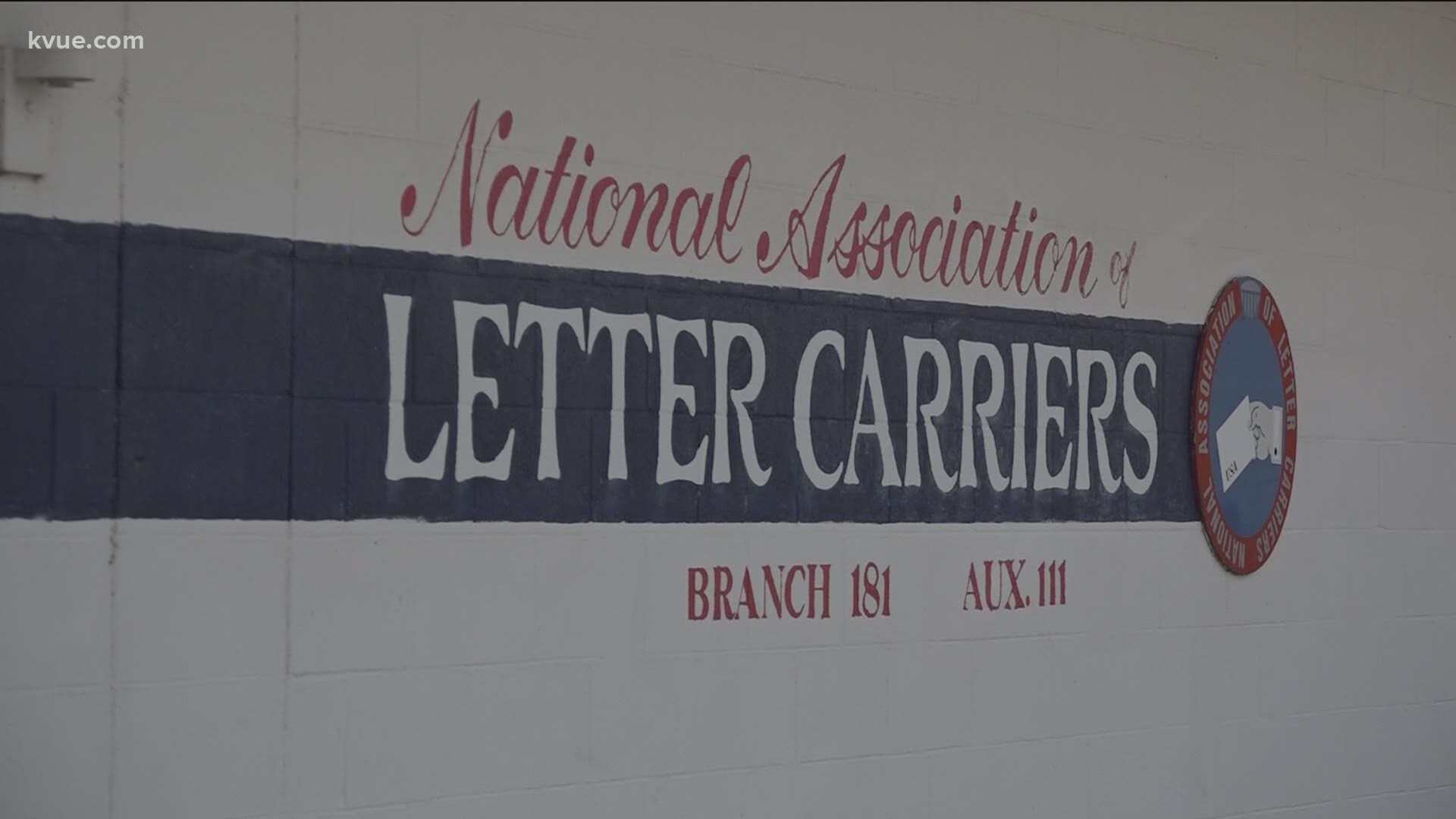 AUSTIN, Texas — For hours on Monday, U.S. Postmaster General Louis DeJoy answered questions regarding organizational changes he implemented when he took the post in June.

Some of those changes included removing hundreds of sorting machines from U.S. Postal Service centers across the country. According to William Moody, the President of the National Association of Letter Carriers Branch 181 in Austin, four sorting machines and one Automated Flat Sorting Machine were taken out of service in Branch 181 territory, which Moody said covers Austin, Burnet, Fredericksburg, Bastrop, Lockhart, Georgetown and Round Rock.

"One flat machine removed and four sorting machines roped off," Moody said. "The sorting machines can process about 30,000 letters an hour. ... That slows down the service of the mail, it delays the mail. As far as letter carriers, we deliver everything we get. The problem is it's not getting to us. The trucks are arriving empty to us."

On Capitol Hill, representatives from the House Oversight and Reforms Committee peppered DeJoy with some questions regarding why those changes were made, even after passing a bill on Saturday that would provide $25 billion in funding to USPS. The Senate is not expected to pass the bill.

"You took office June 16, and you see this data on or around that time is roughly an 8% decline in service in the Postal Service," Rep. Gerald Connolly (D-Virgina) said. "Most people would say correlates to the changes and 'operational efficiencies' you undertook. Do you think that's a fair characterization?"

"I think there's a lot of different issues going on within the country that's affecting the delay, including actions we took in regards to transportation," DeJoy responded.

"We're on the eve of a massive shift to vote-by-mail," Connolly said. "Along comes [these changes]. Let's stipulate your motives were pure, that you came at this like a normal, private-sector CEO: you see some problems, you want to create some efficiencies and save some money, and make this work better. Wouldn't you think, though, that you might take into consideration the context [of a pandemic that led to thousands of deaths]? And, if you didn't, as a good CEO if you saw unintended consequences, which your testimony would have us believe these were unintended, you would take measures quickly to ameliorate the unintended consequences? ... As the new Postmaster General, you don't want to be seen as the guy who actually damaged the 244-year reputation of the Postal Service and scared voters their ballots won't get in on time, do you?"

According to Moody, the current staffing and equipment levels of USPS – even with the reductions in machinery – can handle regular mail plus the increased levels of mail-in ballots presumed to be sent as election day draws closer.

Moody suggests that if voters are nervous about getting their ballots in on time through the mail, request the ballot early. According to Texas laws, election officials can send out ballots seven days after they are requested. According to USPS, ballots typically could take anywhere from two to five days to get to their destination. According to Texas election policies, votes must be postmarked no later than 7 p.m. on Election Day and arrive the following day in order to count.

'Spread kindness, not COVID' | Austin-area park leaders speak out after assaults on employees