Water is scarce. A few University of Texas professors in Austin are working on an innovative way to preserve the precious resource. 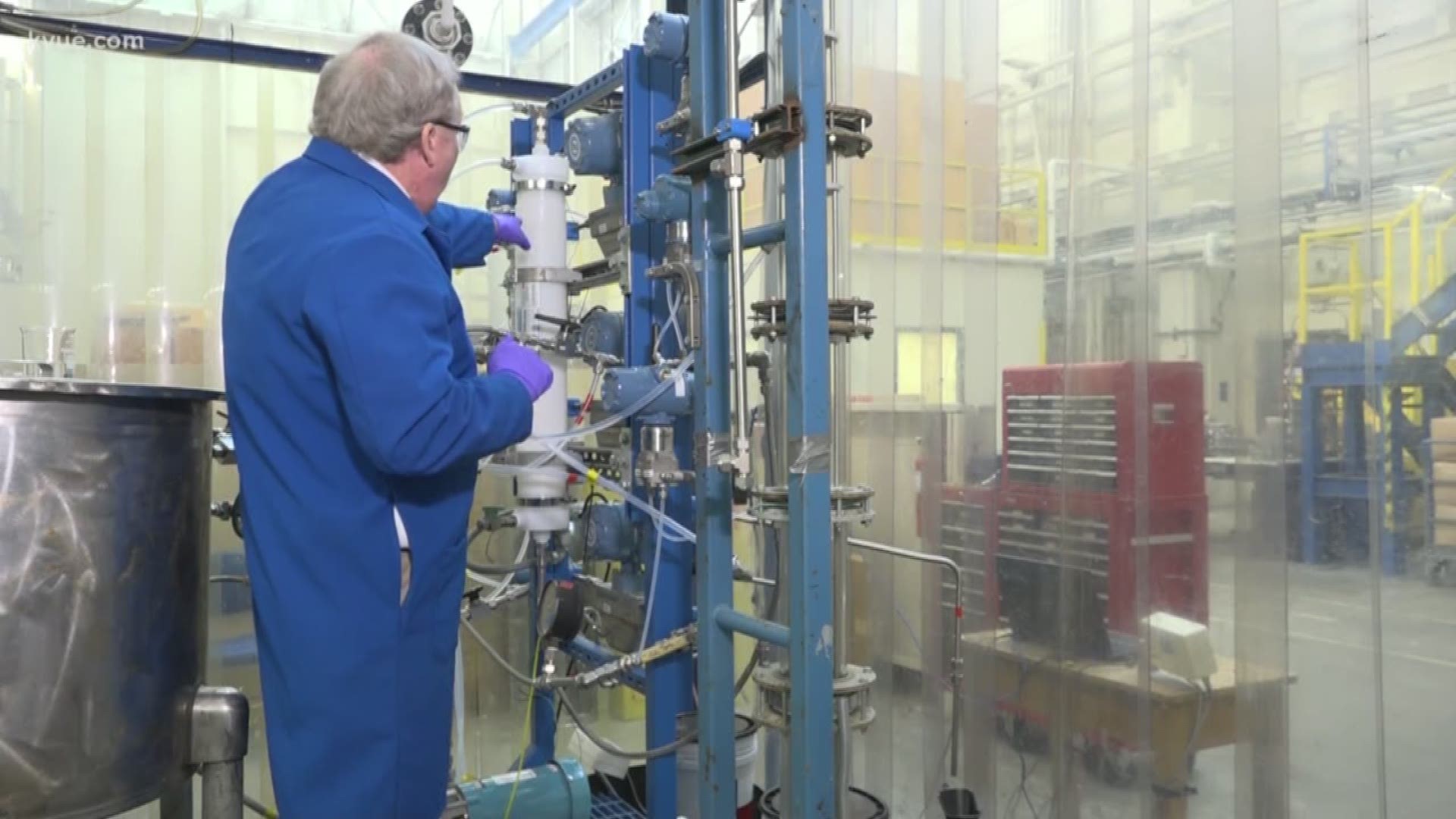 AUSTIN — Water is precious no matter who you are or where you live -- you need it. However, it's a resource that has started to become scarce. That's why some University of Texas at Austin professors have come up with a way to preserve water in an innovative way.

Frank Seibert, a senior research engineer, has been at UT since the 1980s. He also serves as the technical manager for the university's Separations Research Program, which is made up of professors and students who do research connected to chemical, biotechnical and petroleum refining, among other companies.

"The reason I'm still here is I really just love what I'm doing," Seibert said. "The kind of work we do here is novel."

What Seibert is referring to specifically is chemical engineering, working to concentrate and separate certain elements. Back in the late 2000s, Seibert wanted to start finding a way to separate water from oil.

"Ultimately, we're going to have to start worrying about water," Seibert said. "We have to come up with the technology -- the separation technology -- that will allow people to recycle and reuse their water."

Water can sometimes feel abdundant, but experts worry about its scarcity. It's a serious issue, especially in one of Texas' biggest industries.

"In the oil production area right now, they're not doing as much recycling as could maybe happen, but they don't have the technology available yet," Seibert said.

So Seibert went to work trying to put in his own research and figure out what that technology could be. While going through this process, he was inspired by two professors from a completely different department. Kerry Kinney and Lynn Katz are both professors for UT's Department of Civil Architecture and Environmental Engineering. All three of these professors have known each other for about 20 years.

"It's great working with these two," Kinney said. "We're able to all work together on a project."

About 11 years ago, Kinney and Katz approached Seibert to potentially help with a study they were working on. They wanted to create a new disperse system that would allow them to more efficiently separate algae from water, but there were some issues early on.

"We all very proudly marched it over to Frank," Kinney said. "He said, 'I'm not going to shovel it in,' so we had to change our process."

This study ended up not working, but it did light a spark for another idea related to oil and water. Seibert, Kinney and Katz created a complete reversal of what oil companies do now. Instead of transferring water through a membrane and filtering the oil, they moved the oil and filtered out non-contaminated, clean water.

"Now because we changed the type of membrane we're running it through, the oil just wicks through," Kinney said. "Then you get the clean water on one side and the oil on the other side."

This process uses less pressure than the current setup, which also means it costs less money to separate the water and oil. Kinney and Katz said they are both excited to see what this new approach can mean for Texas oil companies.

"You generate a lot of waste water for every barrel of oil pulled out," Kinney said. "You've got like three times to 10 times the amount of that in contaminated water, and we didn't used to worry about water. We thought, 'Oh, there's always going to be plenty of it.' Now we realize it's as precious as energy."

"With water scarcity being one of the biggest challenges humanity is facing in this century, we need to think of water as many people say, 'one water,'" Katz said. "The amount of waste water that's generated is enormous. We developed an integrated technology to efficiently remove oil from water."

This water can now be used for many practical things like farming, watering or anything else inside or outside your home.

"Not only is this for recycling water we are already drinking to begin with, it seems like it's very reliable," Seibert said.

These three do credit all the technology and equipment at their disposal in the UT system. However, they also said the ability to know each other for so long and understand what each person can bring to the table allowed them to build something they couldn't have created on their own.

"We have to work well together and we do," Seibert said. "If we're going to solve hard problems, we have to collaborate. Singularly, it's going to be too difficult to solve these problems, but collectively, we can do it."

In the next few months, these three will conduct tests with some of our state's largest oil companies. It's going to start in a feasibility phase, with two-day tests at the companies' sites. If successful, there would be a one-month long phase two, followed up by a phase three. During this last part, Seibert, Kinney and Katz would be making new systems to run on these sites.

All three said the end goal for all of this research would be to use the process on oil spills and drastically increase the amount of water we are preserving.

To learn more about the Separations Research Program, you can click here.

Click here for Inventions and Innovation at UT Part 1: UT Austin engineering students researching how to fix your fast-dying battery

Inventions and Innovation at UT Part 3 will air Friday on KVUE Daybreak.