Bastrop County Judge Paul Pape wrote a letter to Gov. Greg Abbott for help to keep the center in Smithville. 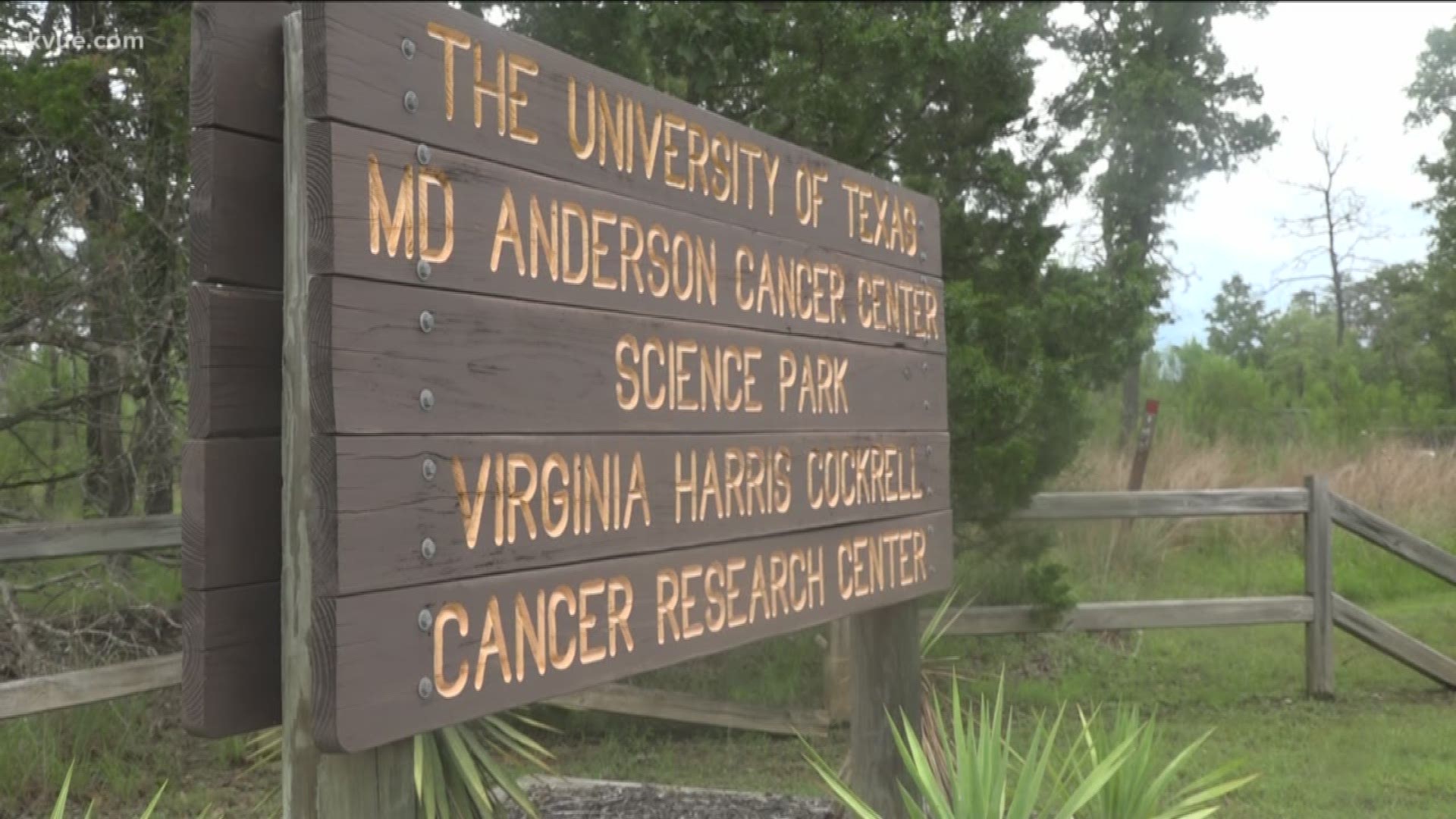 BASTROP COUNTY, Texas — The University of Texas MD Anderson Cancer Center says it has plans to leave Central Texas and move its research operations to Houston.

"As part of our overall strategy to further encourage scientific collaboration and to enhance team-based science, The University of Texas MD Anderson Cancer Center is currently assessing all areas of the enterprise, including the Smithville Campus. A mission-based and strategic decision has been made to relocate Smithville Science Park research and operations to Houston. This move will allow MD Anderson to fully leverage our team science model and the research strengths of the world-class scientists currently working on the Smithville Campus."

The Virginia Harris Cockrell Cancer Research Center at The University of Texas MD Anderson Cancer Center (Science Park) is a basic science research campus of MD Anderson and home to the Department of Epigenetics and Molecular Carcinogenesis, according to its website.

The Science Park itself is tucked away near the Buescher State Park. It's home to research facilities, animal research labs and much more.

Man credits knowledge of stroke symptoms for saving his life

Following the news of relocating the center, Bastrop County Judge Paul Pape wrote a letter to Gov. Greg Abbott for help to keep it in Smithville.

"Governor Abbott is a powerful leader who understands the impact a decision to move this great facility would have on Bastrop County. He and other state leaders have the influence to impact that decision," said Pape. "The scientists here in Bastrop County collaborate daily with peers around the world. It is our plea that the Cockrell Science department remain where it is."

In the letter, Pape says the research center is one of Bastrop County's largest employers, with 175 workers focusing on cancer research. The judge also told the governor more than 100 Ph.D. students have been trained there through UT's Graduate School of Biological Sciences.

There's no official word on when the move to Houston would take place, but Judge Pape tells KVUE he heard it could be anywhere from three to seven years from now.

Disneyland is now serving alcohol for the first time