According to Tim Cole, owner of Austin Reptile Service, the Eastern black-tailed rattlesnake is more common out west, near Del Rio. 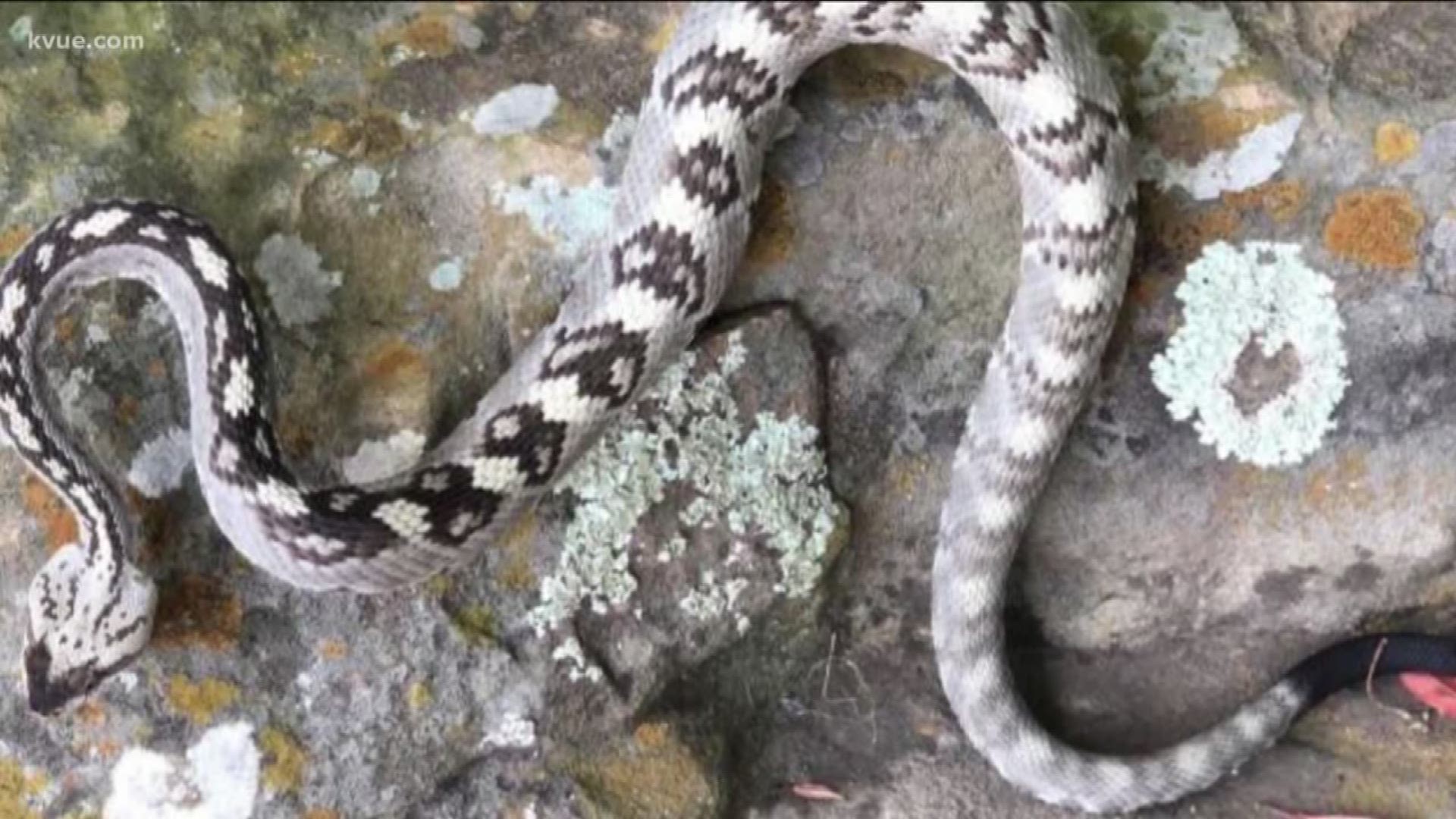 JONESTOWN, Texas — Jonestown police found a type of rattlesnake that hasn't been spotted in Travis County in over 60 years.

The snake was found in a Jonestown neighborhood Monday after being located by a resident who wanted it removed from their courtyard.

Officer Justin Postell and Sgt. Guy Lanford captured the snake and called Tim Cole, owner of Austin Reptile Service, to come and get it.

Cole identified the snake as an Eastern black-tailed rattlesnake, a type of snake that hasn't been seen in Travis County since one was found dead on the road in 1953. Cole told KVUE he had never personally seen one in the 35 years he has lived in this area.

According to Cole, the Eastern black-tailed rattlesnake is more common out west, near Del Rio. It is also said to be much calmer than the western diamondback rattlesnake.

Cole believes there may be more snakes like this one in the area – its parents if they're still alive – because they don't travel far. He believes the snake (or snakes) may have originated from canyons in western Travis County.

Cole and the Jonestown officers who found the snake asked the homeowner where it was found if they could bring it back to that location to take photos. She said yes, so they took the snake back, took photos of it and logged it into the iNaturalist citizen scientist database, which people can use to identify plants and animals with their phones.

Cole is keeping the Eastern black-tailed rattlesnake for educational purposes. He told KVUE when it dies, he will donate it to a University of Texas museum.

Luna moths seen in Central Texas. What to know about these beautiful insects