These two medics served in WWII. One flew into Normandy. Decades later, they reunited

Al Mampre and Ed Pepping made me think because of how they made me smile. 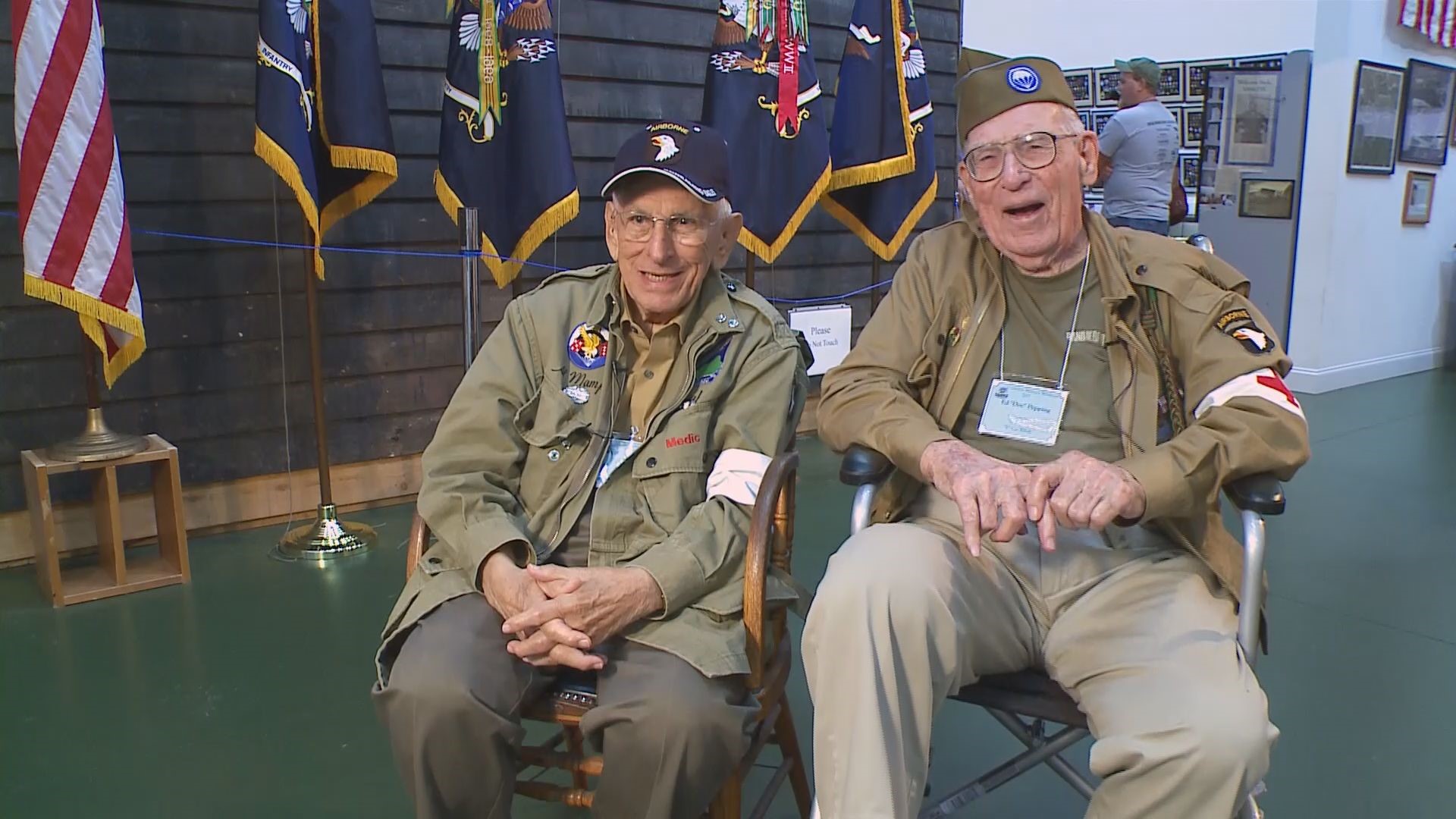 TOCCOA, Ga. — I grew up far removed from D-Day.

I was born decades later. My parents were born years later.

But as the anniversary approaches, I feel compelled to share the story of two men who’ve amplified its power to me. Both served in World War II. One landed in Normandy. They made me think because of how they made me smile.

I met Ed Pepping and Al Mampre two autumns ago. Within minutes, I witnessed their humor, their seemingly seamless rapport. They were like a military version of Statler and Waldorf from the Muppets. I had been told their story needed to be told. For me, the story quickly became about not just their bond, but how long that bond took to rekindle.

Pepping and Mampre trained at Camp Toccoa in north Georgia in 1942. They became medics because they didn’t believe they could kill.

But they couldn’t escape battle.

Ed parachuted into Normandy. Al helped liberate a concentration camp. They treated unspeakable wounds and saw death in numbers I can’t comprehend. While shooting their story, I learned each battled personal demons and needed decades to get back to a place of acceptance and contentment.

Then they found each other.

Al and Ed reunited every year in Toccoa for Currahee Military Weekend, even as both reached their mid-90s. When I came two years ago, both worried it might be their last time together.

I keep thinking about how many years they lost, and how much they clung to those weekends every year in Toccoa. I’m in no way qualified to speak of the costs of war. But when I think of these two medics, I’m thankful that they lived long enough and crawled through enough to find some sort of personal peace.

Matt Pearl’s Untold Atlanta series tells the stories we don’t hear often enough: the stories of our communities and the people who make them special. If you know of a great untold story to share, follow Matt on Facebook or e-mail him at mpearl@11alive.com.

In a community only known for shootings, this man chose to give the kids more