The Junior League of Austin, the fifth-largest League in the world, is an organization of women committed to promoting voluntarism, developing the potential of women, and improving the community through the effective action and leadership of trained volunteers.

According to its website, the organization's purpose is exclusively educational and charitable.

STG Design was the architecture and design firm behind the two-story Community Impact Center that also features a ballroom and meeting space.

“STG Design is thrilled to have partnered with the Junior League of Austin to design the new Community Impact Center,” Katie Walker, registered interior designer and associate at STG Design, said. “New offices, as well as the large divisible ballroom and various event spaces, from the double-height lobby to outdoor terraces, will provide the facilities needed to help the Junior League in their continued efforts to serve the broader Austin community for years to come.” 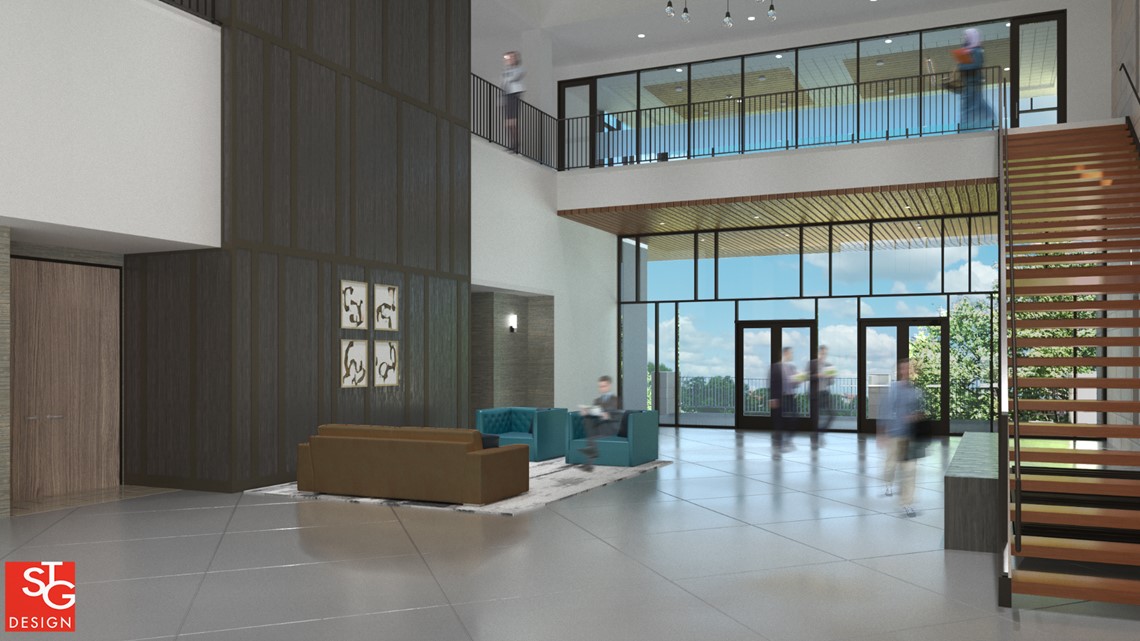 The brand-new headquarters and rental venue will allow more than 2,500 members to have the space to continue to do meaningful work in Austin through its programs, Coats for Kids, Food In Tummies (FIT) and Kids in Cool Shoes (KICS).