Toxicology experts told KVUE the THC levels detected in the autopsy are not a good indicator whether Benson would be considered "impaired" at the time of the crash. 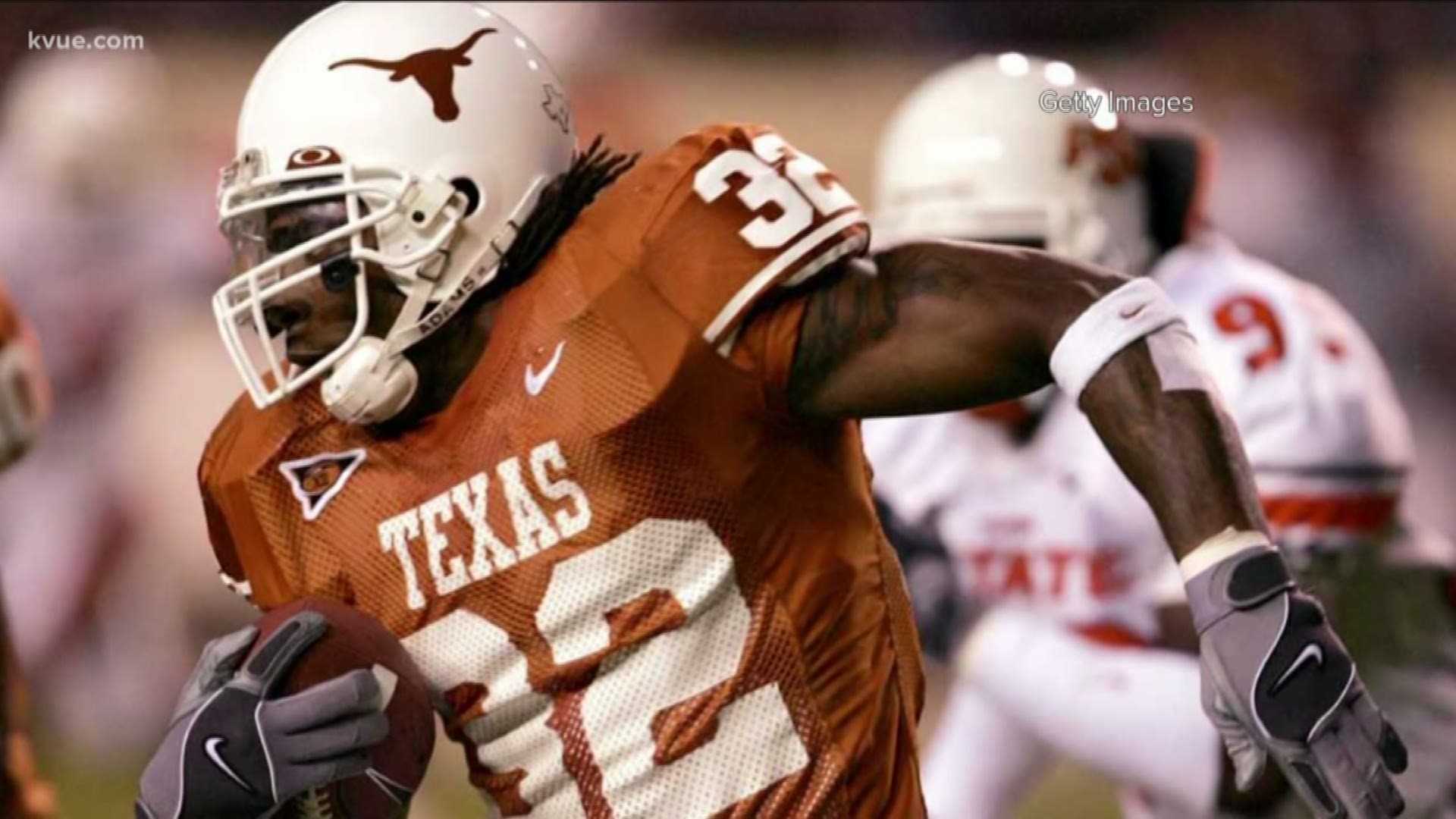 AUSTIN, Texas — The autopsy report for former Longhorns running back Cedric Benson has been released.

Benson had a blood alcohol level of 0.02 and had THC in his system during the time of the August crash that killed him, according to the autopsy results obtained by KVUE's Tony Plohetski.

For context, the legal blood alcohol limit is 0.08, so Benson was not legally intoxicated, according to the autopsy. The autopsy also stated Benson's blood levels showed 20 ng/mL of tetrahydrocannabinol and 42 ng/mL of 9-carboxy-THC.

Toxicology experts told KVUE the levels detected in the autopsy are not a good indicator whether Benson would be considered "impaired" at the time of the crash.

The crash happened in West Austin on Aug. 17. The NFL running back and former Longhorn was 36 years old. The Austin Police Department, Austin Fire Department and Austin-Travis County EMS responded to reports of a motorcycle and car crash on FM 2222 at the 5600 block of Mount Bonnell Road around 10:20 p.m. Police told KVUE that Benson was reportedly driving at a high rate of speed during the crash that killed him and another passenger on the motorcycle.

The woman riding with Benson was identified as 27-year-old Aamna Najam, who was a recent UT graduate. Benson and Najam were pronounced dead at the scene. The University of Texas confirmed that Najam was a former student. According to a tweet from Any Place MD, she was recently hired as an audiologist.

"We are aware of the extremely sad news about the death of Aamna Najam, who earned her Ph.D. in audiology this past spring from the Moody College of communication," UT said in a statement. "Aamna's loss is devastating to our community and we express our deepest sympathies to her family and friends. Out of respect to her family, we are unable to share any other details. We are committed to helping students mourning her death through university counseling services and support programs."

News of Benson's death sent shock waves throughout the Longhorns and NFL community. Former Longhorns players, coaches – including Mack Brown – and NFL teammates all mourned his loss on social media.

Among them was former teammate Will Matthews, who spoke with KVUE's Emily Giangreco after news of Benson's passing broke.

Here is Emily's full interview with Will Matthews:

On Aug. 22, Mayor Adler declared the day "Cedric Benson Day." The announcement was made at a special vigil put together by Matthews.

Texas announced on Aug. 26 that the team would honor Benson's memory with No. 32 helmet stickers during the 2019 season. In the home opener against Louisiana Tech, UT fans, players and coaches all joined in a moment of silence for Benson prior to kickoff.

Benson played football for the University of Texas from 2001-2004, was drafted by the Chicago Bears in 2005 – where he spent three seasons – found success in four seasons with the Cincinnati Bengals, and finished his career after playing five games for the Green Bay Packers before injuring his foot.