The Texas Court of Criminal Appeals cleared Kelley on Wednesday. 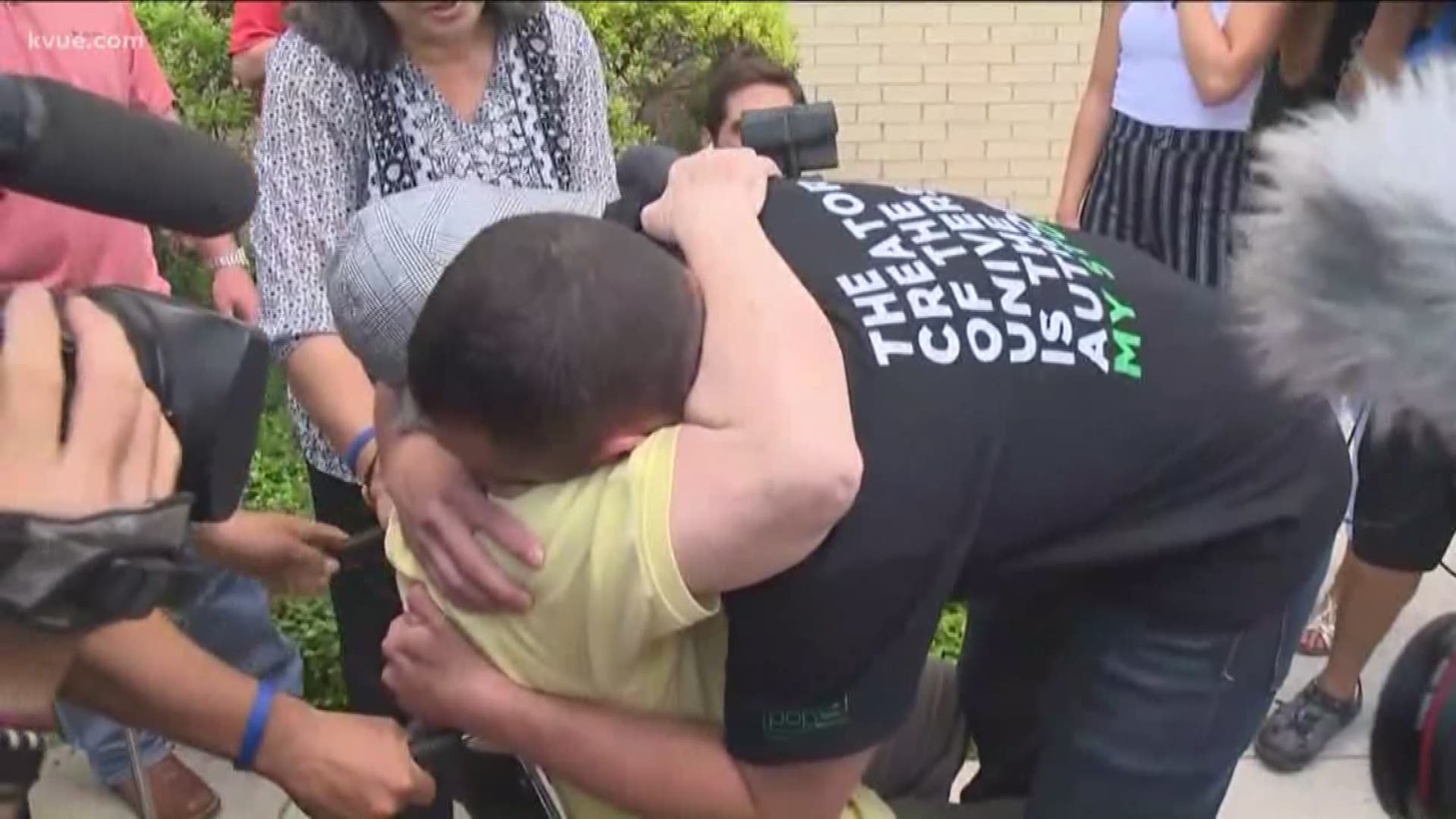 WILLIAMSON COUNTY, Texas — For the past several months, Keith Hampton waited every Wednesday morning at 9 a.m. to hear whether his client's life would change forever.

It turned out Wednesday, Nov. 6 was the day Hampton had been waiting for.

"It's very hard to not be emotional about this. I don't feel like jumping up and down, victory lap," Hampton told reporters at the Williamson County Justice Center, where five years ago a jury convicted Greg Kelley of super aggravated sexual assault of a child.

Kelley was accused of molesting a 4-year-old boy at an in-home daycare facility where Kelley was living in 2014. He was sentenced to 25 years in prison.

Hampton may be emotionally drained, but make no mistake – he's relieved after the Texas Court of Criminal Appeals on Wednesday cleared his client.

Now, Hampton plans to ask for a hearing to dismiss the indictment against Kelley and to publicly clear his name.

Hampton wants that hearing before Thanksgiving. Forty-five days after that, Hampton said Kelley can start the process of compensation.

RELATED: ‘Today is a day of celebration’: Greg Kelley speaks with KVUE moments after conviction is overturned

Hampton said his client is eligible to receive around $250,000, plus free college tuition to any university in Texas.

"There's also an annuity. It would be small because it's calculated over the number of years," Hampton added.

But Nov. 6 wasn't just about Kelley. Williamson County District Attorney Shawn Dick said Wednesday it was also about the victim in this case.

"The family of the child has gone through six years of trial and retrial, appellate proceeding, so obviously my thoughts are with them today having to live through this," he said.

Dick said after the Texas Rangers re-investigated the case for two years, they still don't have a prime suspect and therefore cannot move forward with this case.

Dick said it is highly unlikely anyone will be prosecuted in this case at all. Too much time has passed. It is six years later. The victim is now 10 and a child's memory is not reliable. There was also no physical evidence discovered.

"I respect today’s ruling by the Court of Criminal Appeals granting Greg Kelley’s application for relief. As Justice Newell’s concurring opinion indicates, this relief was based on new evidence post-conviction, and not on the grounds of deprivation of due process or ineffective assistance of counsel.

"Make no mistake, I have heard the criticisms surrounding this case and taken actions to address them. I want to reassure our citizens that the department remains steadfast in our commitment to ensure community safety and public trust. It’s a responsibility and privilege I take very seriously.

"I recognize this case has been difficult for all involved and has impacted multiple families and our community. Our department will continue to work closely with our law enforcement partners and the District Attorney’s Office in keeping our community safe."

T.I. says he goes to gynecologist with daughter to make sure she's still a virgin

Meet Tony Parker for free this weekend in San Antonio