Lake Travis is at 100% full and a busy rainy season has neighbors concerned. 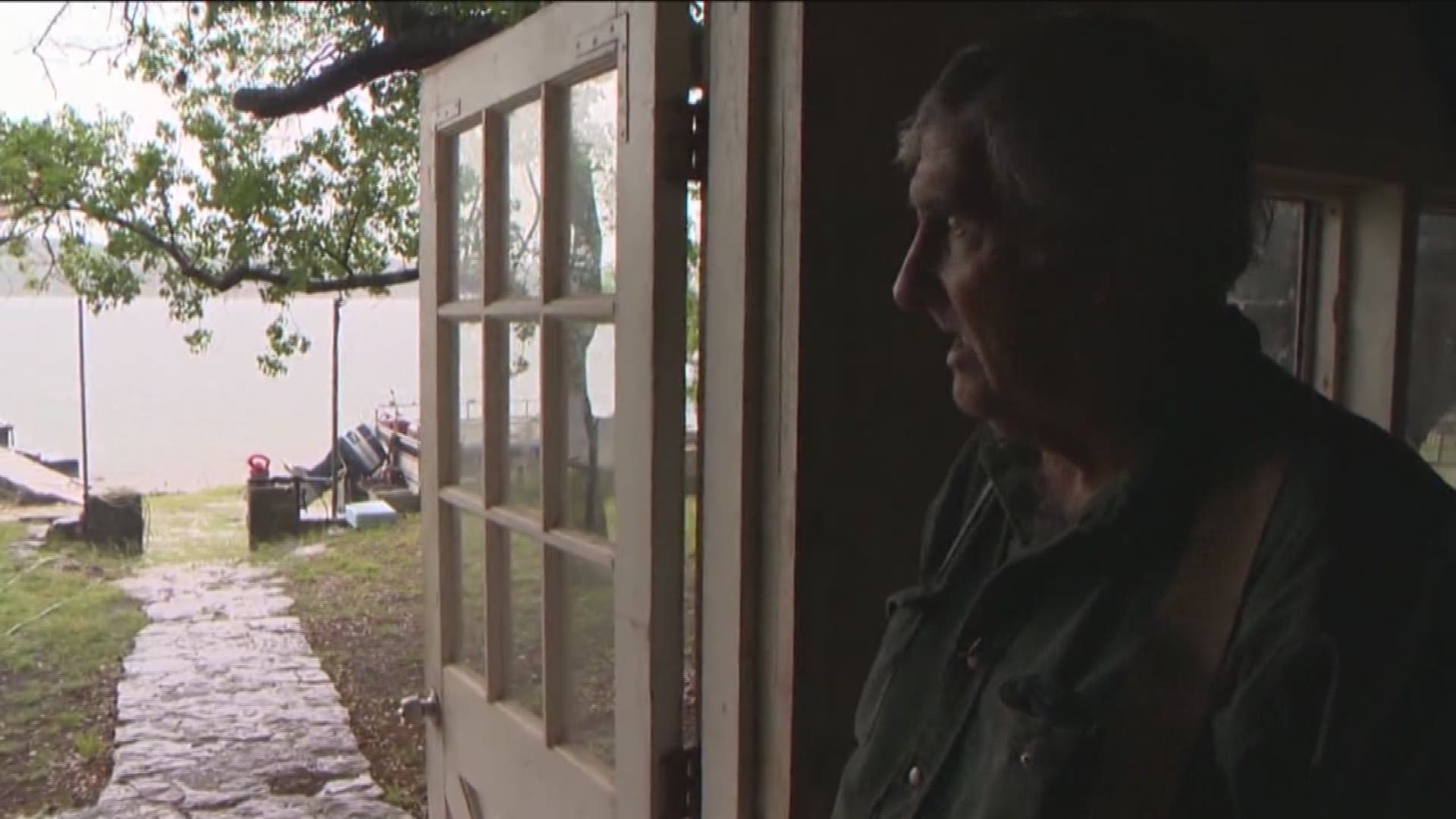 AUSTIN, Texas — Out of the 46 years Dewey Cooper has owned his home at Graveyard Point, he said it has flooded nine times.

So when it rained on Wednesday, there was only one thing the 83-year-old was thinking.

RELATED: Strong storms push east of I-35 in Central Texas

He doesn't like it, especially since he hasn't finished repairing his home from the historic floods in October. Cooper said he still needs to install paneling for a ceiling and repaint the back room.

KVUE Chief Meteorologist Albert Ramon said Wednesday wasn't even the worst of it.

"Lake Travis is over 100% full, it's over 11 feet above average this time of the year and even though we don't have a whole lot of problems today, this is just saturating the soil," said Ramon. "Additional rainfall, especially ahead of the wettest month of the season, which is May, means we could have some problems down the road."

He also said the neighbors around Graveyard Point need to watch out for what's upstream.

"Along with Lake Travis, Lake Buchanan is operational full, 95% full, so we're going to have to watch out for inflow, water moving into Lake Travis from upstream the Colorado River north of the area," said Ramon.

Cooper, though, said he is prepared. Each time it has flooded, he takes down all his kitchen cabinets. He said it's easy because he used screws.

And he's got packing down. Only this time, it's easier.

He doesn't have any plans to unpack either. His back room is full of plastic bins with clothes and personal effects inside each of them.

"'Cause I'd have to pack it back," he said somewhat jokingly.

A much funnier antidote if it weren't so true.