The probable cause affidavit says that the full exchange was caught on Officer Shaun Lucas' body camera. 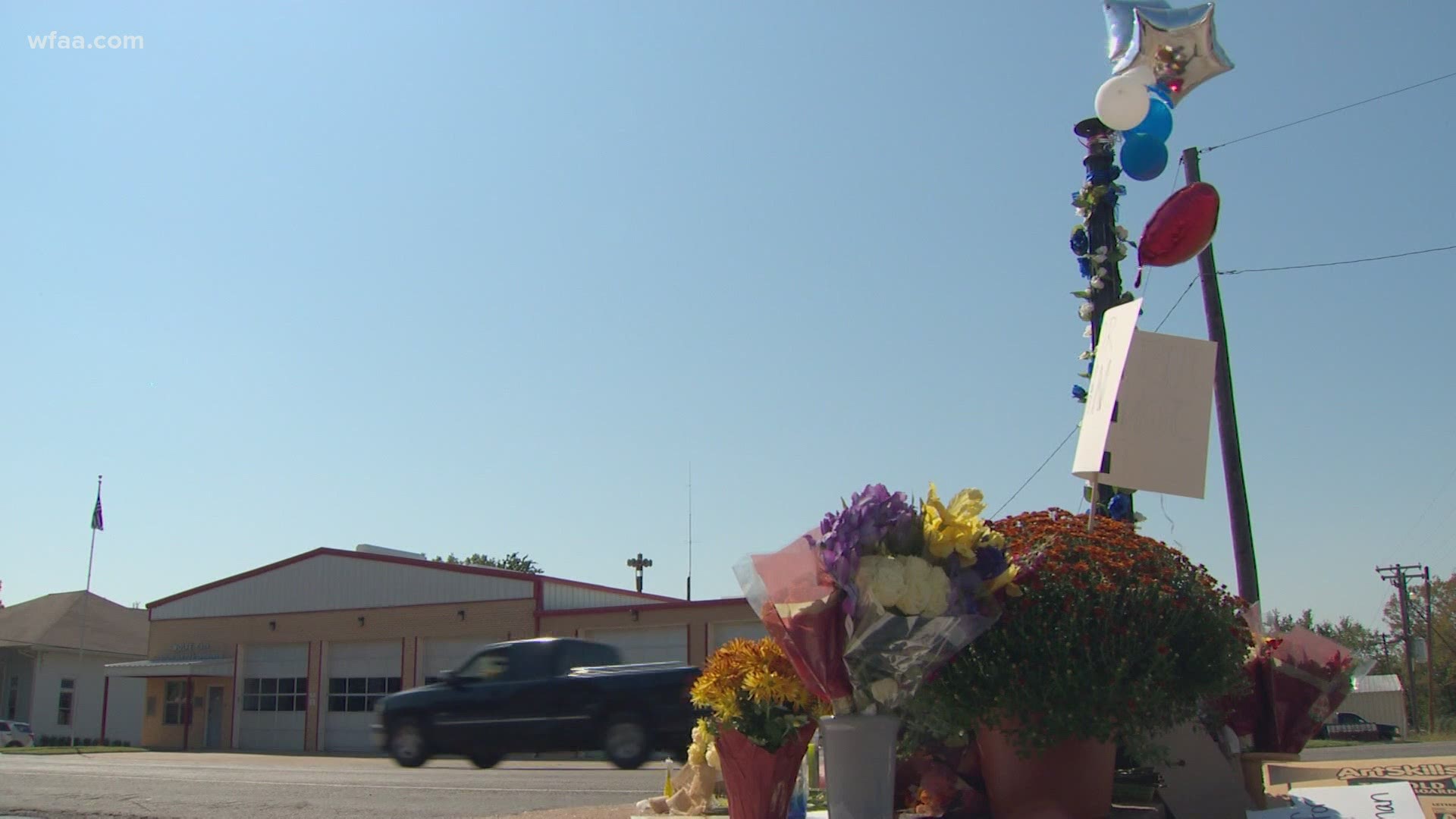 Updated Tuesday after Lucas was moved to Collin County jail.

A probable cause affidavit released Wednesday by the Texas Rangers provided more details in the interaction between Wolfe City Officer Shaun Lucas and Jonathan Price, including that when Lucas arrived at the scene, Price asked him "You doing good?" multiple times while extending his arm for a handshake.

Lucas' lawyer says that he was acting according to law because Price allegedly was trying to take his Taser. Price's family lawyer says that directly contradicts the initial report of the Texas Rangers and is asking for the release of the body cam video.

Price's family said he was trying to subdue a domestic violence situation when he was shot and killed by an officer.

The probable cause affidavit says that the full exchange was caught on Lucas' body camera. That video has not been released.

Lucas, who was transferred to the Collin County jail from Rockwall on Tuesday, faces a murder charge and is being held in lieu of a $1 million bond.

In a statement released Monday, the Texas Rangers, who are investigating the shooting, said Lucas' actions "were not objectionably reasonable."

On Saturday at about 8:24 p.m., Shaun Lucas responded to the Kwik Check in response to a reported disturbance.

Lucas was told by dispatch that there was a "possible fight in progress" at the location. When he got there, Lucas was greeted by Jonathan Price, who came very close to Lucas asking "You doing good?" multiple times while extending his hand in a handshake gesture, according to the probable cause affidavit.

Price apologized for the broken glass on the ground and said that some had tried to "wrap me up," the affidavit said. Lucas told the Texas Rangers that he believed Price to be intoxicated and attempted to detain Price, the affidavit said.

"I can’t be detained," Price said, according to the affidavit.

While being hit with the Taser, Price continued to walk towards Lucas. Price appeared to reach out and grab the end of Lucas’ Taser, the affidavit said. Lucas discharged his firearm four times, striking Price in the upper torso.

Lucas' attorney claims that he discharged his weapon in accordance with state law when "he was confronted with an aggressive assailant who was attempting to take his Taser."

"Mr. Price did not claim to be an uninvolved, innocent party," Rogers said in a statement. "Officer Lucas told Mr. Price he was detained and Mr. Price resisted."

Attorney Lee Merritt responded to Rogers' claims saying: "Lucas' attorney is attempting to bias the public with a one-sided account of the events that led to JP's murder. It directly contradicts the initial report of the Texas Rangers, who have been historically 'pro cop' in their assessment of use of force. This deliberate misinformation campaign must offset by the immediate release of the video."

Lucas has hired attorney Robert Rogers, who also represented fired Dallas police officer Amber Guyger. She was convicted of murder in the shooting death of Botham Jean. She was off duty but still in uniform when she walked into his apartment and shot Jean. She claimed she believed he was an intruder in her home.

The Wolfe City Council called a special meeting 6 p.m. Thursday to discuss the possible "discipline or dismissal" of a police officer, according to the city's agenda.