Relatives of Jonathan Price said on Saturday night he was trying to defuse a domestic violence situation when he was shot by a Wolfe City officer. 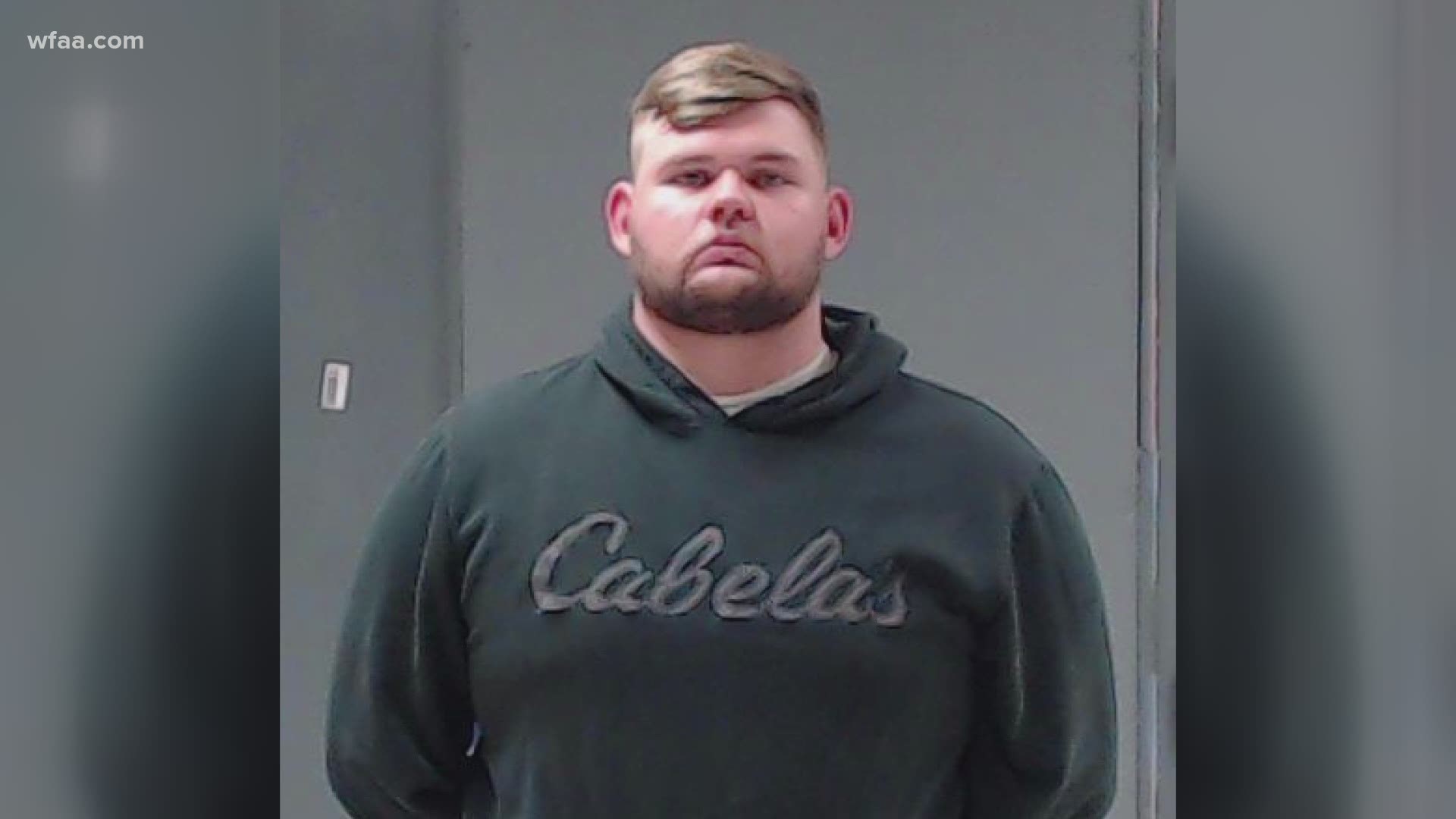 Updated at 1:00 p.m. Tuesday with additional information from a news conference with a lawyer for Price's family.

A Wolfe City police officer, who officials say shot and killed a 31-year-old Black man over the weekend, has been arrested. The Texas Rangers, who are investigating the incident, said the officer's actions "were not objectionably reasonable."

Shaun Lucas, 22, faces a murder charge. He was booked into the Hunt County jail Monday and then transferred to the Rockwall County jail, officials confirmed. Lucas is being held in lieu of $1 million bond, according to jail records.

Price's mother, Marcella Louis, told WFAA on Tuesday afternoon that it was uplifting to hear of the arrest.

"I got some sleep after that," Louis said. "He didn't have to shoot him. I know he was trained to do more than just tase him and shoot him. He didn't deserve that."

Relatives of Jonathan Price said he was trying to defuse a domestic violence situation on Saturday night outside a Kwik Check gas station in Wolfe City when he was shot and killed by an officer.

Friends and family say the argument was settled before officers even arrived.

The officer had been placed on leave by Sunday morning, Wolfe City officials said.

Lucas responded to the disturbance call at 8:24 p.m., according to a release from the Texas Rangers. When he arrived, Lucas made contact with Price, "who was reportedly involved in the disturbance."

"Officer Lucas attempted to detain Price, who resisted in a non-threatening posture and began walking away," the Rangers said in the release. "Officer Lucas deployed his TASER, followed by discharging his service weapon striking Price."

The release did not specify how many shots were fired.

"The preliminary investigation indicates that the actions of Officer Lucas were not objectionably reasonable," the Rangers said.

First responders took Price to Hunt Regional Hospital, where he later died, according to the Rangers.

Civil rights attorney Lee Merritt is working with Price's family. He posted about the 31-year-old's death after he spoke with them.

"When police arrived, I’m told, he raised his hands and attempted to explain what was going on," Merritt wrote on Facebook. "Police fired tasers at him and when his body convulsed from the electrical current, they 'perceived a threat' and shot him to death."

RELATED: Who is Jonathan Price?

On Monday afternoon, Merritt and relatives gathered near the site of the shooting, calling for justice and calling on the Hunt County District Attorney to issue an arrest warrant for the officer who shot Price.

"He deserves justice because he was a human citizen who was not breaking the law, and he was gunned down by police officers," Merritt said.

Following Lucas' arrest, Merritt told WFAA they had expected an arrest to take place by Monday, calling it an "important initial first step."

"I’ve spoken to the head of the Texas Rangers Chief Steve McGraw, his take on the case was the same as everyone who was either a witness or subsequently been tasked to investigate the case," Merritt said. "Everyone has told us that this was a completely unjustifiable shooting."

But, Merritt cautioned, they are still facing an "uphill battle to a conviction."

"The family was cautiously relieved," he said. "They thought this officer should be in jail tonight, but they are more concerned that this officer spends the rest of his life in jail."

Friends say Price was known as a "pillar of the community."

He was a city employee and beloved in the Wolfe City community, about an hour northeast of Dallas, his family said. The town has about 1,500 people.

Price's mother, Marcella Louis, was in bed when she got the call about the shooting. She rushed to the gas station to get near her son.

His mother said she wasn't surprised to hear her son was trying to intervene in a fight.

"That’s what he always did, tried to help others," Louis said. "I taught him that all the years."