Twitter created an uproar after a couple threw a watermelon colored with blue Jell-O to a hippo. 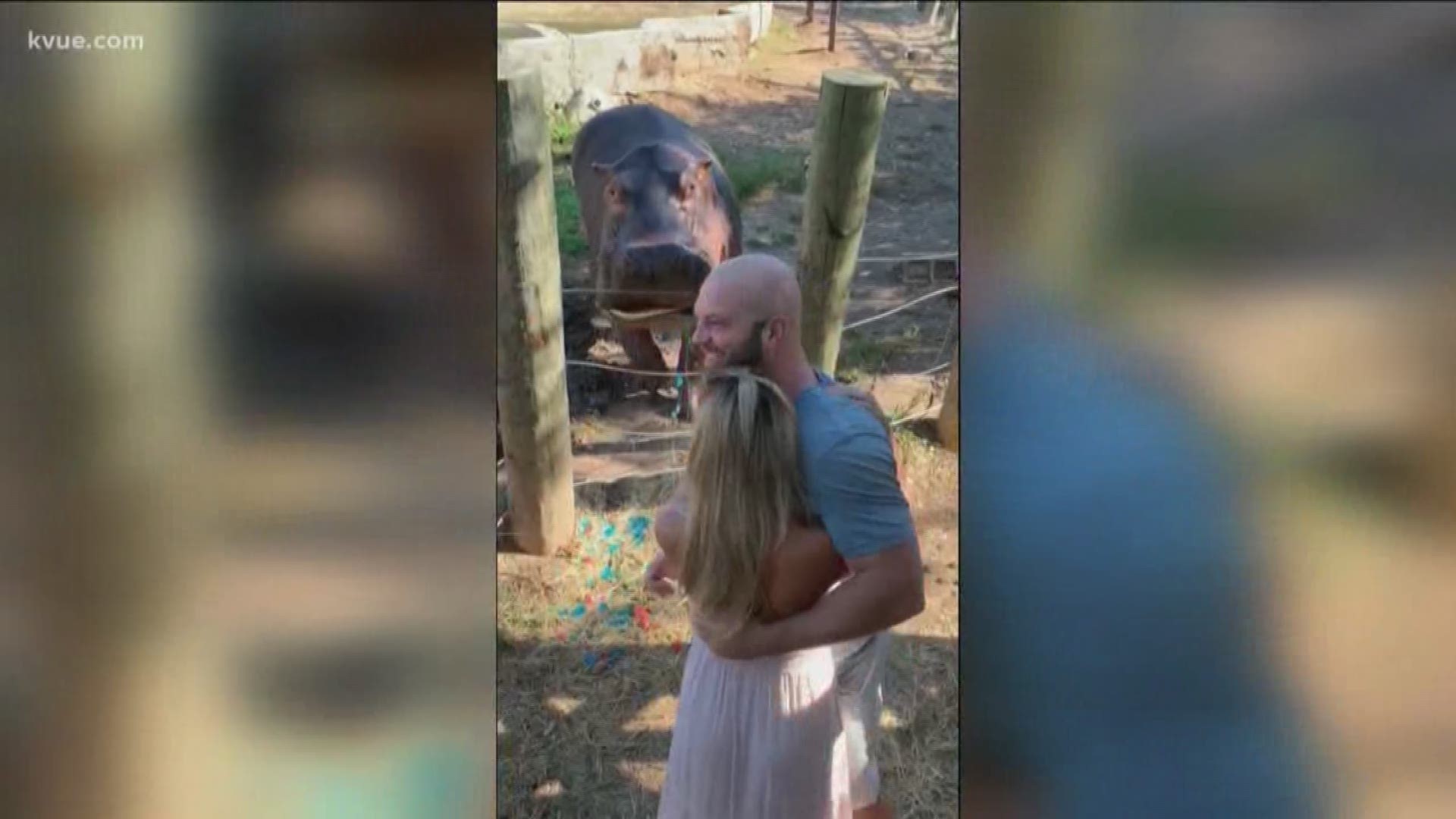 BASTROP, Texas — A Lakeway mother opened up after some on social media blasted her and her husband for how they decided to find out the gender of their second child.

The video of their gender reveal party went viral on social media platforms such as Twitter and TikTok, but not for the best reasons.

The video, taken on Wednesday, Sept.18, shows a happy couple throwing a watermelon into the mouth of Tank the river hippo, who is at the Capital of Texas Zoo located in Bastrop County.

Once Tank bit the watermelon, it revealed the fruit as blue for a baby boy.

Filmmaker Ana Breton tweeted, "I did it. I found the worst gender reveal," attaching a TikTok of the reveal posted by the soon-to-be older sister.

Twitter did not sit quietly, tweeting their negative responses to this reveal with raised concern for the hippo.

Some of these comments have included that the "hippo deserved better" and "next time use the baby." 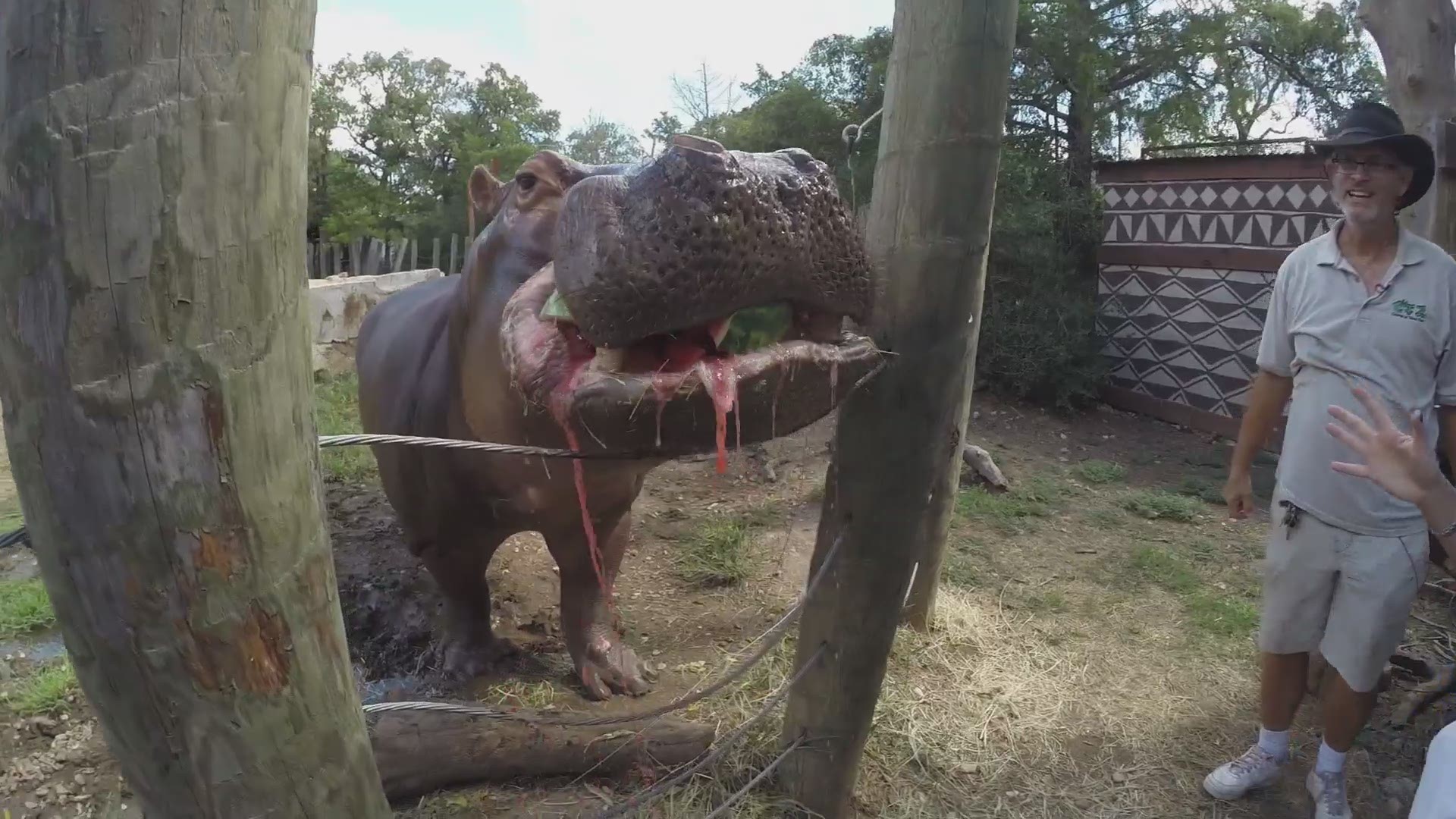 Such comments surprised the mother.

"I was shocked because I didn't understand what we had done so wrong ... and honestly was kind of hurt by some of the stuff people were saying," said Bridgette Joseph.

Joseph said they received especially hurtful comments after her husband, said on the video, "Thank God!" after seeing the blue Jell-O instead of pink.

Joseph said it was a misunderstanding because they would have been happy with a girl as well.

"We've been trying for a while to have a baby and we have a little girl and we wanted to have one of each," she said.

Breton took to Twitter again, stating it wasn't her intention to bring "darkness to their special day," and attached some background on the family that the soon-to-be mother sent.

The message contained information on the couple's journey with fertility treatments and how badly they had wanted a son.

She also told Breton that the coloring was actually organic Jell-O.

The Capital of Texas Zoo posted on their Facebook page confirming that the blue color was Jell-O and that "no hippos were harmed in the making of this video."

We also visited the zoo and spoke with its director, Michael Hicks.

"Here's the Jell-O here that some people were so worried about us feeding this hippo ... Now trust me, we are not the only zoo in the country that feeds Jell-O to its animals, this is a very common thing ...There are dozens of zoos if not hundreds that give Jell-O. I didn't come up with Jell-O, I've worked at three major zoos before this one," Hicks said.

We checked with Dr. Nancy Callaway of Austin Vet Care at Central Park, the veterinarian who treats Tank and all the other animals at the Capital of Texas Zoo, about the safety of feeding blue Jell-O to Tank.

"There's no validity to blue Jell-O being harmful to him at all," she said.

Wednesday's gender reveal party was the first for the zoo. Hicks said the negative and positive attention won't deter the zoo from holding more.

'I am afraid of what I might hear': Botham Jean's parents talk about upcoming Amber Guyger trial