Victoria the mother rhino, gave birth on Sunday after 493 days of gestation thanks to a hormone-induced ovulation and artificial insemination. 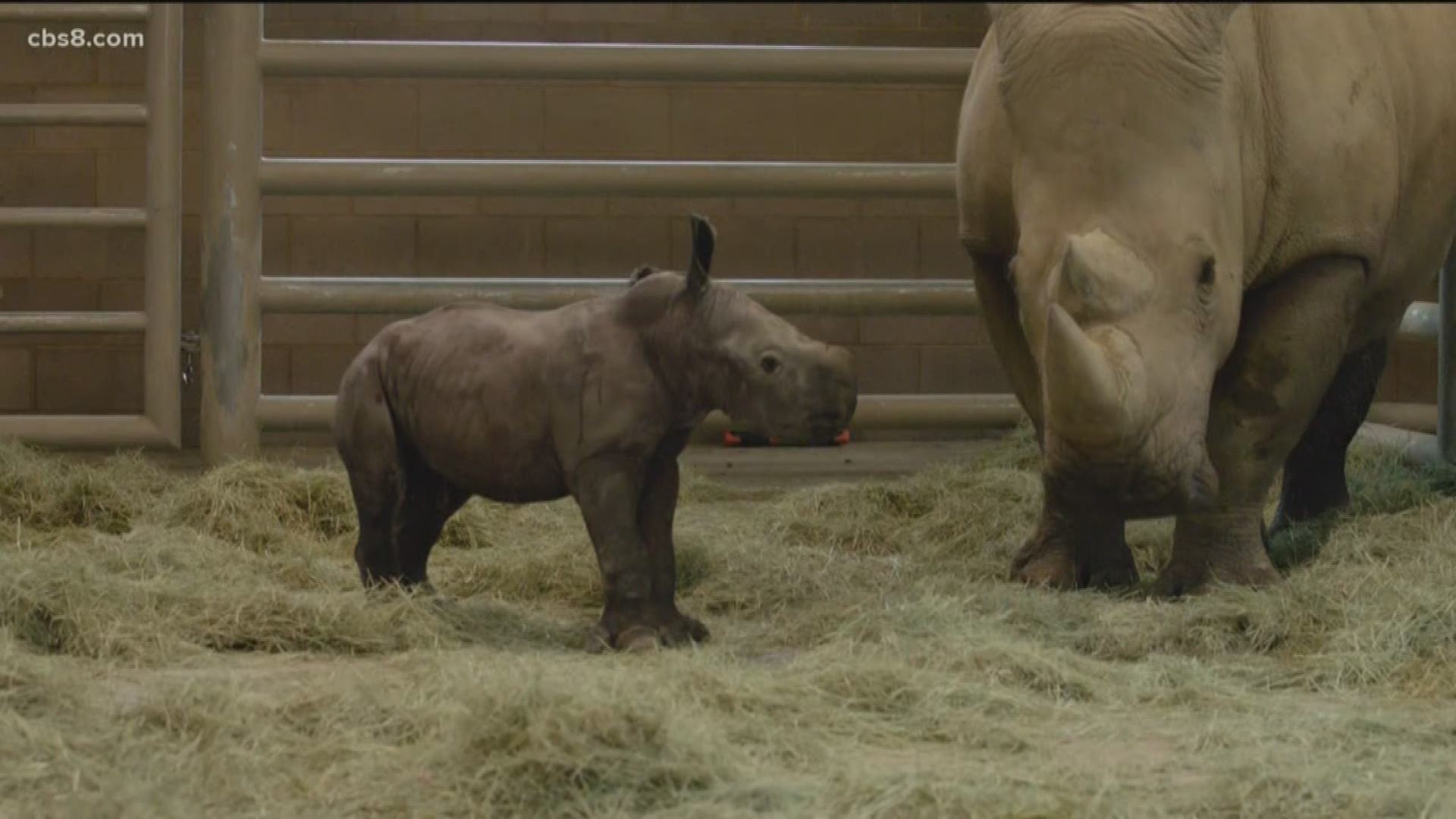 According to San Diego Zoo officials, Victoria the mother rhino, gave birth on Sunday after 493 days of gestation thanks to a hormone-induced ovulation and artificial insemination.

The calf is nursing well, and mother and calf are bonding in a quiet nursing setting, according to zoo officials.

This is the first successful artificial insemination birth of a southern white rhino in North America.

“We are so pleased Victoria and the calf are doing well. She is very attentive to her baby, and the calf is up and walking, and nursing frequently. Not only are we thankful for a healthy calf, but this birth is significant, as it also represents a critical step in our effort to save the northern white rhino from the brink of extinction,” said Barbara Durrant, Ph.D., Henshaw endowed director of Reproductive Sciences, San Diego Zoo Global.

Victoria was artificially inseminated with frozen semen from southern white rhino Maoto on March 22, 2018, following hormone-induced ovulation. White rhino gestation is estimated to be 485 days—but as with any baby delivery, this can differ.

Victoria carried her calf for 493 days.

Only two northern white rhinos currently remain on Earth and both are female.

The birth of this calf makes the 99th southern white rhino born at the San Diego Zoo Safari Park, in addition to births of 73 greater one-horned rhinos and 14 black rhinos at the Safari Park.

Victoria and her calf will remain off exhibit to the public for an undisclosed period of time, to allow them to bond.

The calf will eventually be introduced to the other five female rhinos at the Nikita Kahn Rhino Rescue Center—including Amani, also pregnant through artificial insemination and due to give birth in September or October.

There are an estimated 18,000 southern white rhinos remaining in the wild. 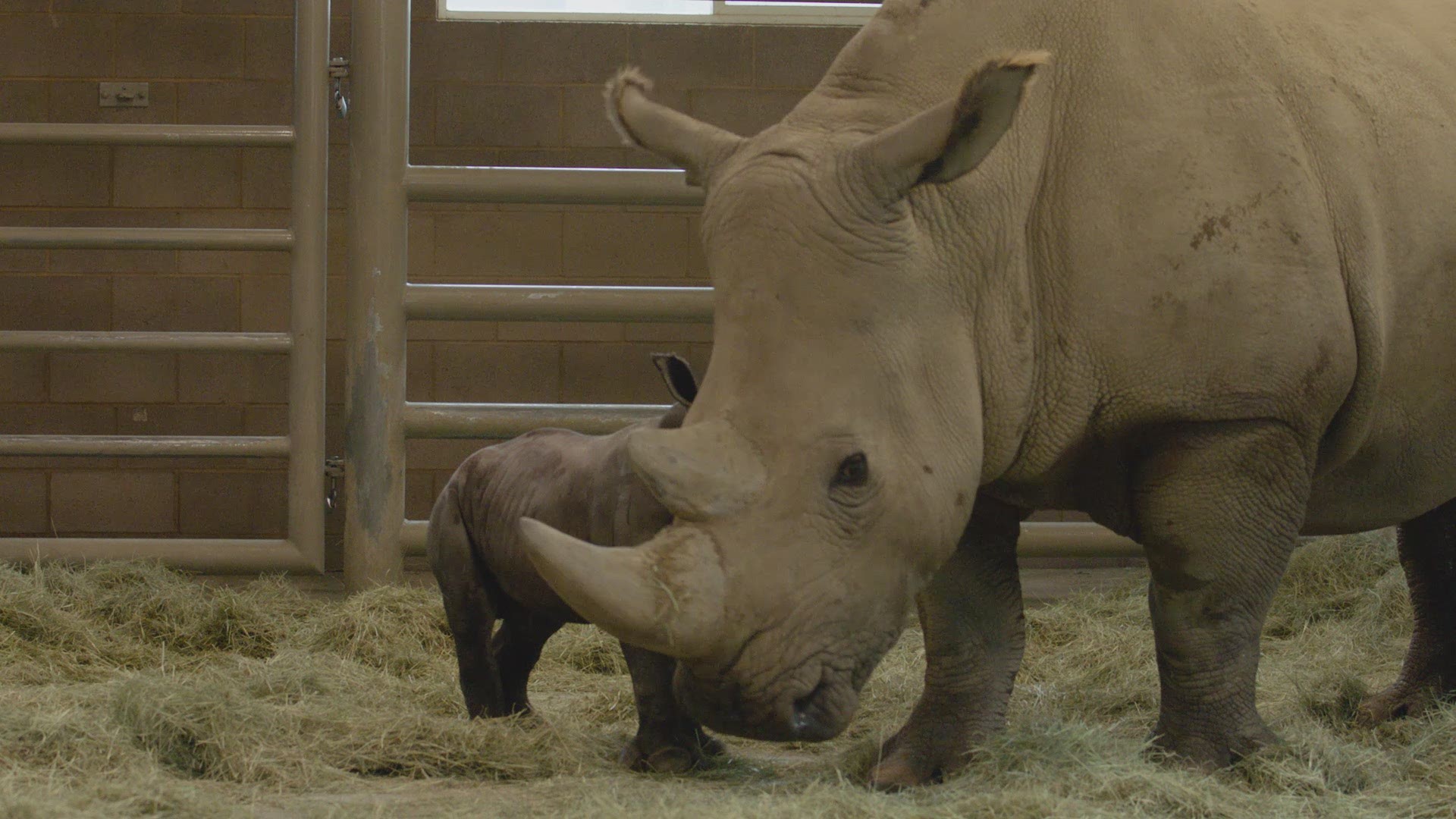