The last living male northern white rhino was a 45-year-year-old named Sudan. He was euthanized after age-related complications. 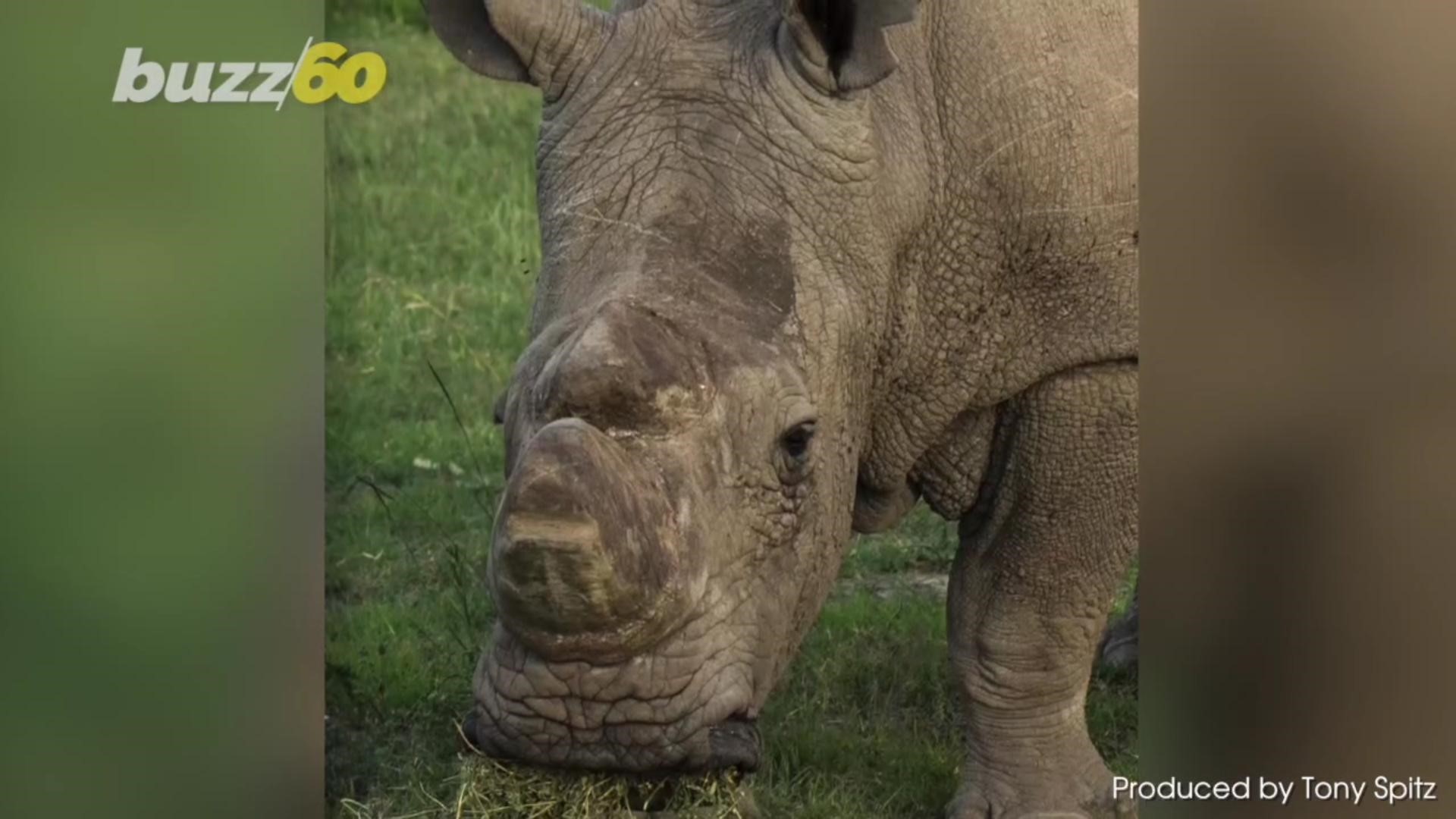 An international consortium of scientists and conservationists announced Wednesday that they have succeeded in creating two embryos of the near-extinct northern white rhino, a milestone in assisted reproduction that may be a pivotal turning point in the fate of the species.

The embryos were created in vitro, using eggs collected from the two remaining females and frozen sperm from dead males, they said at a news conference in the northern Italian city of Cremona.

The embryos are now stored in liquid nitrogen, to be transferred into a surrogate mother — a southern white rhino — in the near future.

The creation of northern white rhino embryos was achieved at Cremona's Avantea Laboratories. Professor Cesare Galli and his team matured and fertilized eggs collected on Aug. 22 from Najin and Fatu, the last two females in the world, who live at Ol Pejeta Conservancy in Kenya, with sperm previously collected from males Suni and Saut.

"We brought 10 oocytes back from Kenya, five from each female. After incubation, seven matured and were suitable for fertilization," Galli said.

After 10 days of incubation, two of Fatu's eggs developed into viable embryos that were cryopreserved for future transfer, the scientists said.

The last living male northern white rhino was a 45-year-year-old named Sudan, who gained fame in 2017 with his listing as "The Most Eligible Bachelor in the World" on the Tinder dating app, in a fundraising effort. Sudan was euthanized after age-related complications.

Decades of poaching decimated the northern white rhino's numbers. Sudan was the last of his kind to be born in the wild, in the country he was named after.

Other rhinos — the southern white rhino and the black rhino — are also prey for poachers, who kill them for their horns to supply illegal markets in parts of Asia.

The efforts to save the northern white rhino species have been led by the Leibniz Institute for Zoo and Wildlife Research in Germany; Avantea; the Dvur Kralove Zoo in the Czech Republic; the Ol Pejeta Conservancy in Kenya; and the Kenya Wildlife Service.