A memorial fund has been set up for Foster that has already surpassed its goal by several thousand dollars. 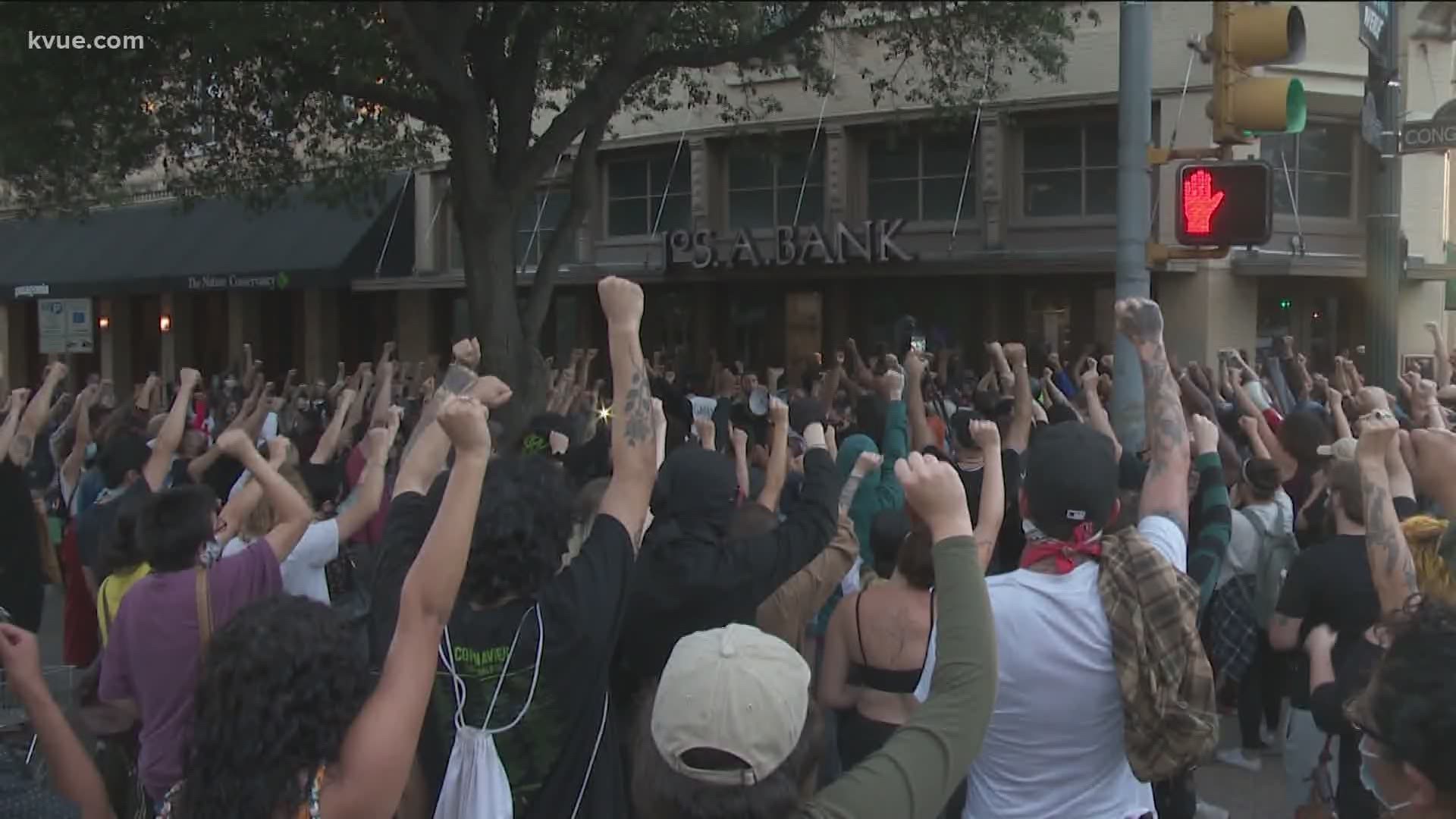 AUSTIN, Texas — A vigil was held for Garrett Foster at 7 p.m. Sunday at Fourth Street and Congress Avenue.

Foster was shot and killed while protesting in Downtown Austin on Saturday.

Flowers, candles and signs were placed at the intersection of Fourth Street and Congress, where Foster was shot. Protesters spent some time chanting "say his name ... Garrett Foster" and also some moments in silence. Protesters were seen breaking down into tears during these moments of silence.

Protesters started directing traffic away from Congress Avenue to Fourth Street and blocked the street off with cones and bikes.

The memorial has now blocked off the street completely with cones and bikes. @KVUE pic.twitter.com/DNdzSjUDCn

**Warning: The live stream below has language some may view as offensive. Viewer discretion is advised.**

Later on Sunday evening, protesters and those gathered for the vigil marched to the Capitol to "finish the march that was happening" Saturday night.

Most of the people who were here for the vigil are on their way to the Capitol, some of them tell me it’s to finish the march that was happening last night. Dozens of candles and some posters are left here at the memorial for Garrett Foster. @KVUE pic.twitter.com/hxRDBLbtHW

Austin Police Chief Brian Manley said in a July 26 press conference that reports indicated Foster was carrying a rifle when he approached the suspect's vehicle. The suspect then shot out of their car at Foster, according to APD. Manley said that the person who shot Foster called 911 to report that someone had pointed a gun at his vehicle and that he fired at the person pointing the gun. That suspect was detained and cooperating with officers, police said Sunday morning.

KVUE's colleagues at "Good Morning America" interviewed Sheila Foster on Sunday morning. She said her son was the man killed in the shooting. She said he and his fiancée have been participating in the protests for quite some time and were downtown Saturday night.

A memorial fund has been set up for Foster that has already surpassed its goal by several thousand dollars.

PHOTOS: Austin gathers for vigil to remember man killed in downtown while protesting

Average US gas price up a penny over 2 weeks to $2.25/gallon