Austin ISD leaders are hearing from them for the first time since releasing a new school changes plan. 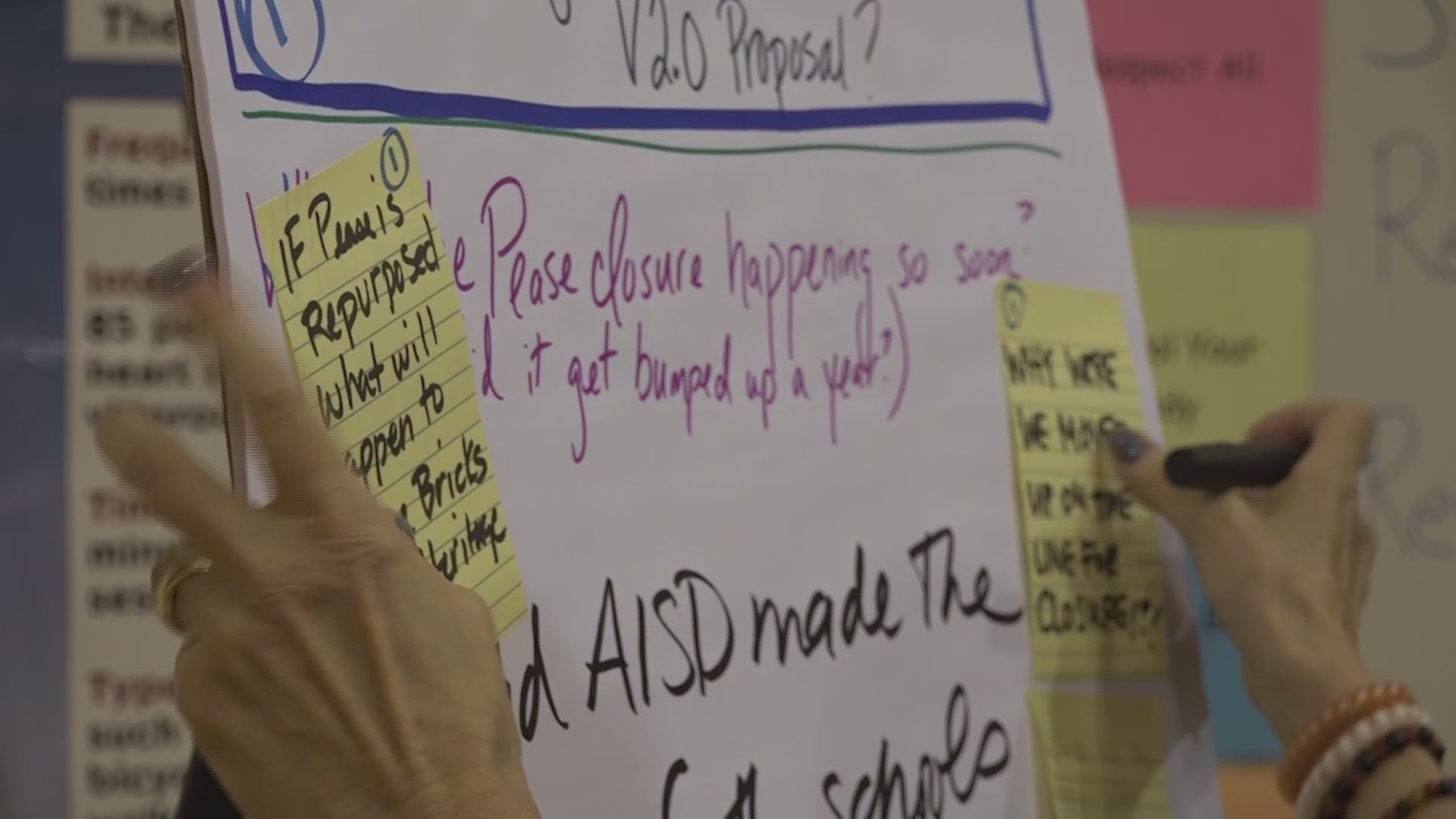 "We are still working with our community. Again, nothing is final until our board votes on this later this month," said Cristina Nguyen, senior communications specialist at Austin ISD.

Both Pease and Brooke elementary are on the Austin ISD closure list. One of the reasons is low enrollment.

"Austin ISD has seen a decline in enrollment in the past many years. So this year we did see an increase in middle school, but overall our district is trending down," said Nguyen.

AISD still has Brooke under consideration on its school changes plan. In the plan, AISD said Brooke is under-enrolled and in poor condition. At the meeting, some parents said their classrooms are full of kids.

"There is a disagreement with the district about our percent enrollment. So far, I've seen three different numbers, that they have looked at for the capacity for our buildings," said Jessica Wilson, president of Brooke Elementary PTA.

There were also some frustrated parents speaking out at their school's community meeting. Pease parents had similar questions about the closures.

The elementary is made up of mostly transfer students, and in AISD's new plan, it'll be re-purposed for AISD media and archives. But parents are asking AISD to strongly reconsider because they think the data in the plan is wrong.

"Acknowledge there were mistakes in the report that the trustees have been given. Correct that data. Present a set of findings that are accurate and engage the community," said one parent who took the microphone.

The TEA shows Pease Elementary enrollment hasn't changed much over the past eight years. In 2011, it had 252 students enrolled and last school year it had 232 students.

People might wonder why enrollment at AISD has been dropping, while the population is booming. Among the reasons, charter school enrollment has been growing in Austin.