The school board is set to vote on the proposal on Nov. 18. 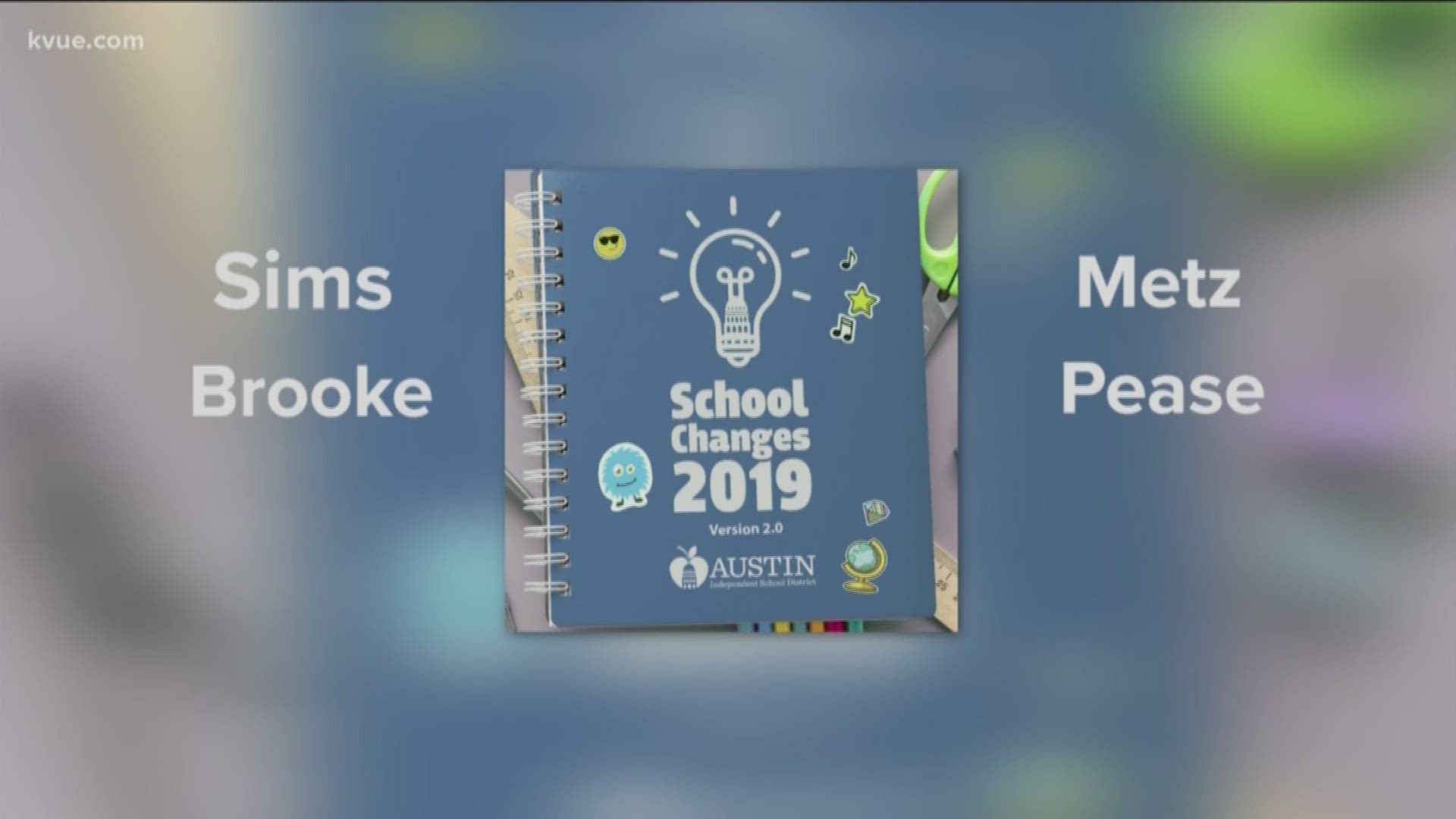 AUSTIN, Texas — On Monday night, Austin ISD is holding its school board meeting and one thing they're talking about is how they only plan to close four schools, not 12, in a document with their new changes.

Austin ISD is considering shutting down Sims, Metz, Brooke and Pease elementary schools, but some parents said they're still not happy.

“When I first read the version two of the changes scenarios, my first impression was that it was extremely rushed and there’s still a lot of uncertainty and the district is still trying to ram it through for a vote on Nov. 18," said Stephanie Leach, a Ridgetop Elementary parent.

Leach said even though her kid's school wouldn't be closed under the new plan released Friday, it calls for combining Ridgetop and Reilly Elementary.

Leach said that would only hurt Ridgetop's successful dual-language program.

"Our school is very devoted into the way that we've implemented dual language and both of our programs are growing, so it doesn't really make sense to squish them together as kind of an experiment to see what will happen when they're already being successful," said Leach.

Ridgetop was one of the 12 schools the district considered closing earlier this year. It also looked at shutting it down in 2017.

"It’s been difficult for parents and for teachers to have a closure looming over your head even if its five years down the road. It definitely changes the environment," said Leach. “It needs to be slowed down so everyone can fully understand, the community can be engaged in the proper way and we can get results that benefit everyone.”