The Austin Fire Department said the fire is now under control. 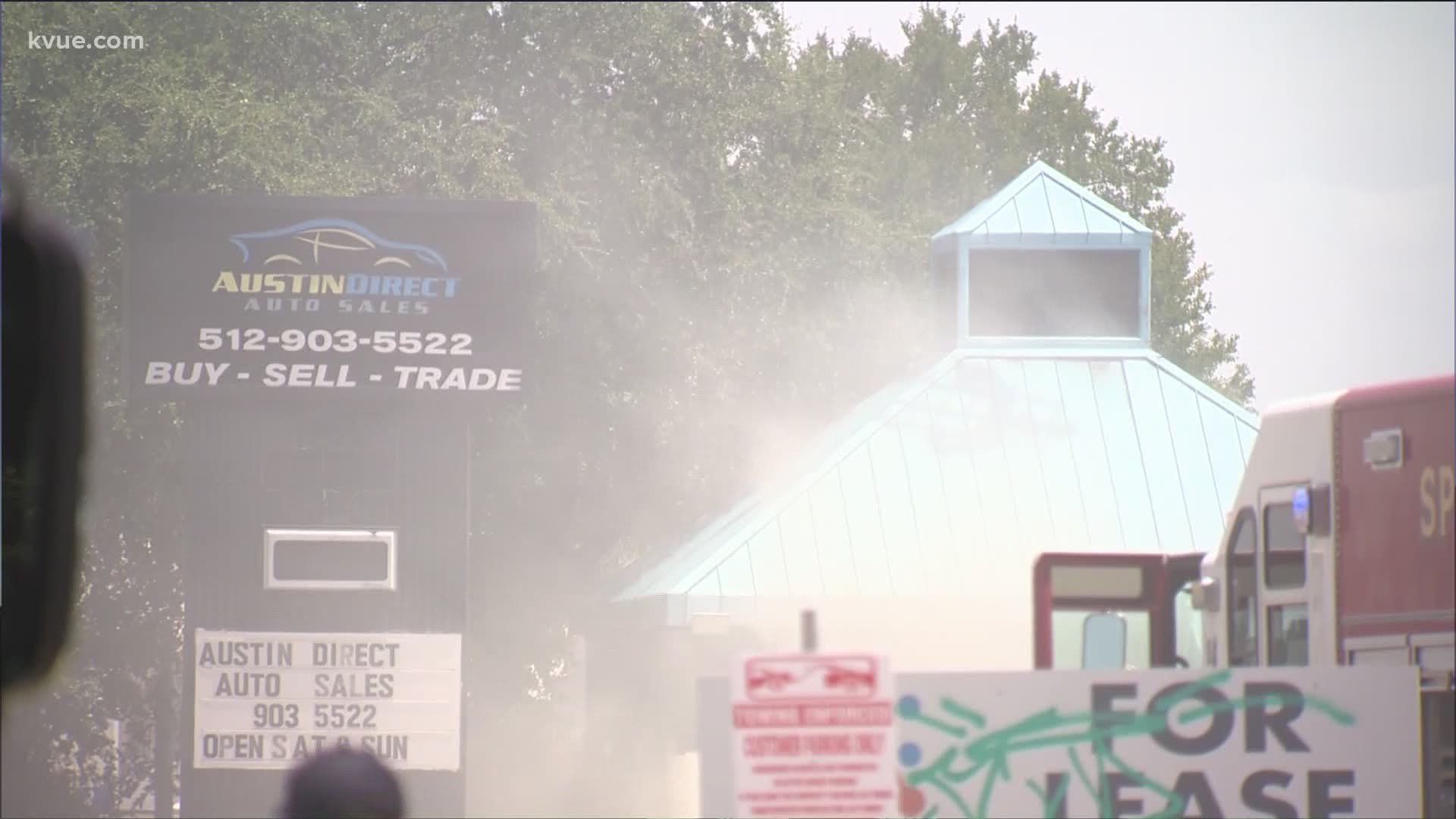 AUSTIN, Texas — A vehicle fire outside of Austin Direct Auto Sales in northwest Austin extended to the business's office on Saturday afternoon, according to the Austin Fire Department (AFD).

AFD was on the scene at the used car lot on North U.S. 183 near Research Boulevard just after 1 p.m Saturday. A fire attack was still in progress as of 2:20 p.m. AFD said the structure is unsafe so all attack was being done from outside.

Around 5:30 p.m., the fire department said the blaze was under control.

According to EMS, medics were on the scene providing rehab operations for firefighters. EMS said they treated as many as 40 fire personnel at a time, with two command elements assigned to the operation.

Multiple #ATCEMS assets on-scene of a 2-Alarm fire at 13038 N US 183 Hwy SvRd SB providing Rehab Operations in support of @AustinFireInfo. #ATCEMSMedics have rehab'd as many as
40 fire personnel at a time with 5 ambulances & 2 Command elements assigned to this operation. pic.twitter.com/Aw1E8uswv8

According to AFD, the cause of the fire was accidental. The structure was a total loss after the fire, and at least four vehicles were damaged or destroyed.

KVUE received the following video of the vehicle on fire, taken from nearby: 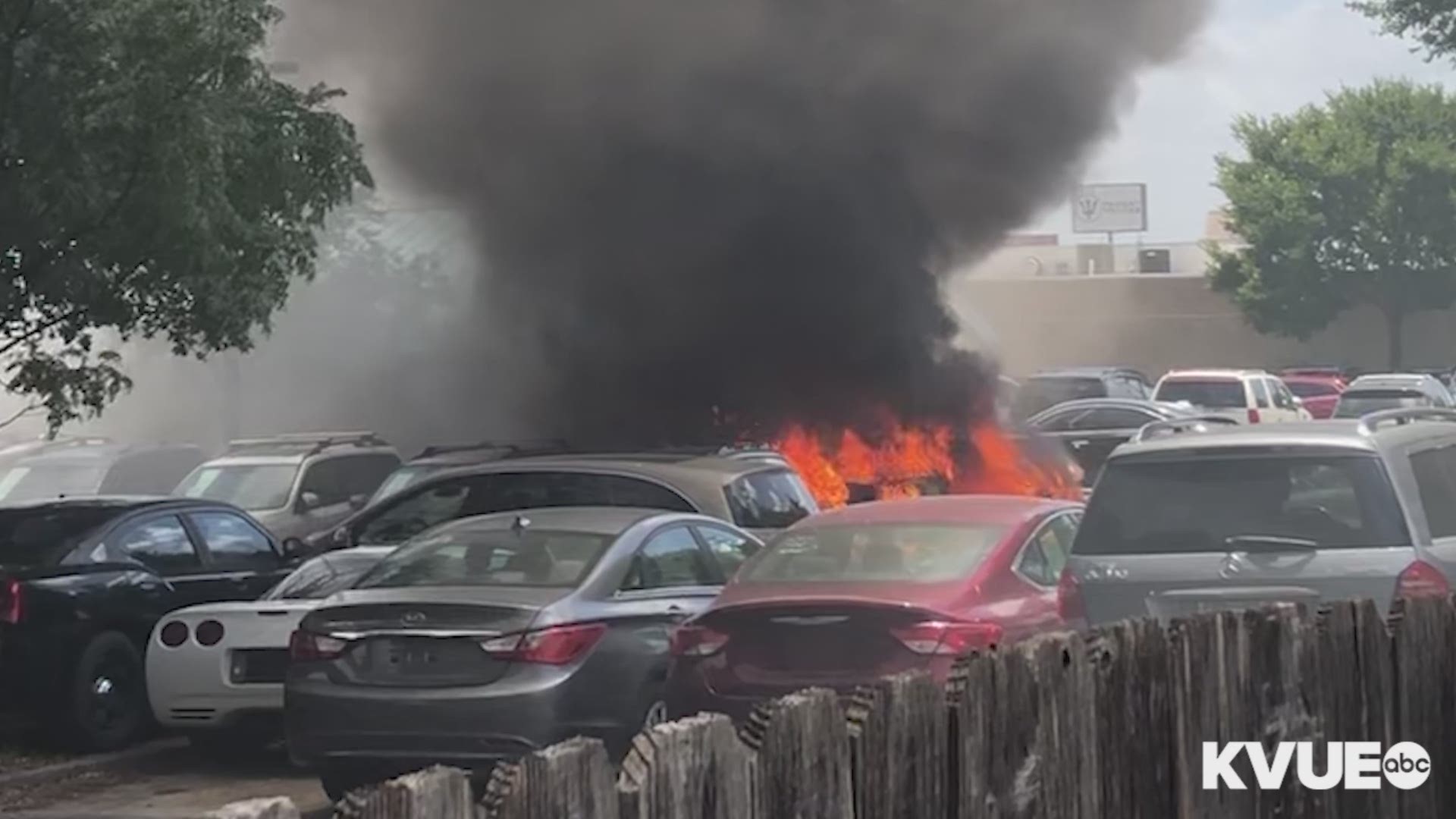