Nonstop flights to London are back! 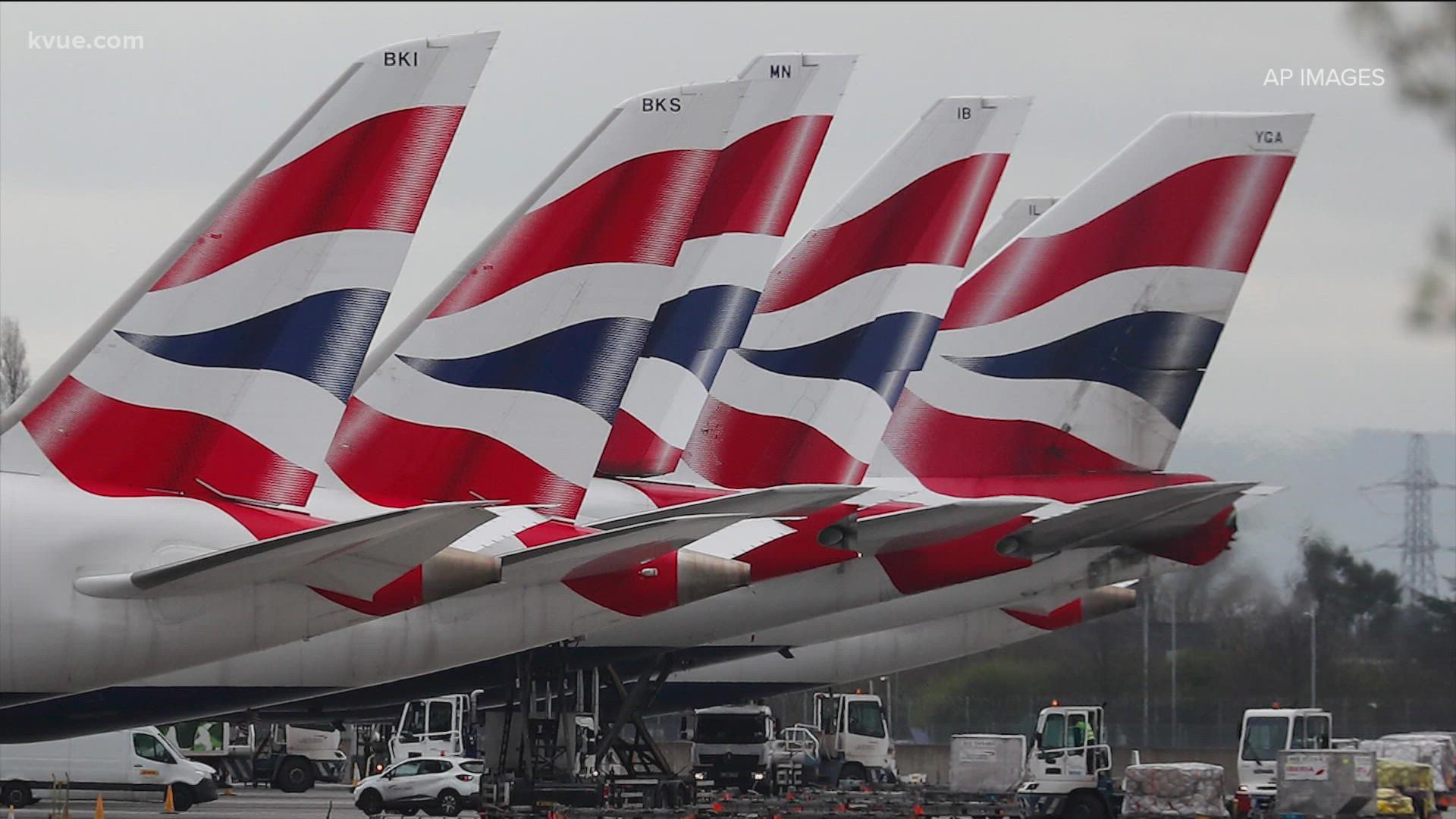 KVUE previously reported the British Airways nonstop flight was temporarily suspended, which meant that Austin travelers were left with no nonstop options to European cities. Norwegian Air announced in January that the airline was eliminating all of its long-haul flights, which means AUS lost its only nonstop flight to Paris and a nonstop flight to London.

However, following a 17-month absence, British Airways is starting back up its nonstop flights from Austin to London-Heathrow on Oct. 13.

In addition to the federal mandate of masking while on public transportation, British Airways said it has also implemented social distancing measures and hand sanitizing stations. The airline said it is also cleaning all key surfaces such as seats, screens, seat buckles and tray tables after every flight and each aircraft is completely cleaned from nose to tail every day.

“We can’t wait to welcome our customers back on board our Austin flights and we are honored to be playing our part in reuniting families and friends with their loved ones after such a long time apart,” said Marie Hilditch, British Airways’ head of North America sales, in a written statement. “The safety of our customers and colleagues has always been at the heart of everything we do. We know some customers won’t have flown for a long time, we can assure them we have a range of COVID-19 measures in place to provide stress and hassle-free travel.”