Preservation Austin is the city’s leading nonprofit voice for historic preservation with a mission to promote Austin’s diverse cultural heritage. 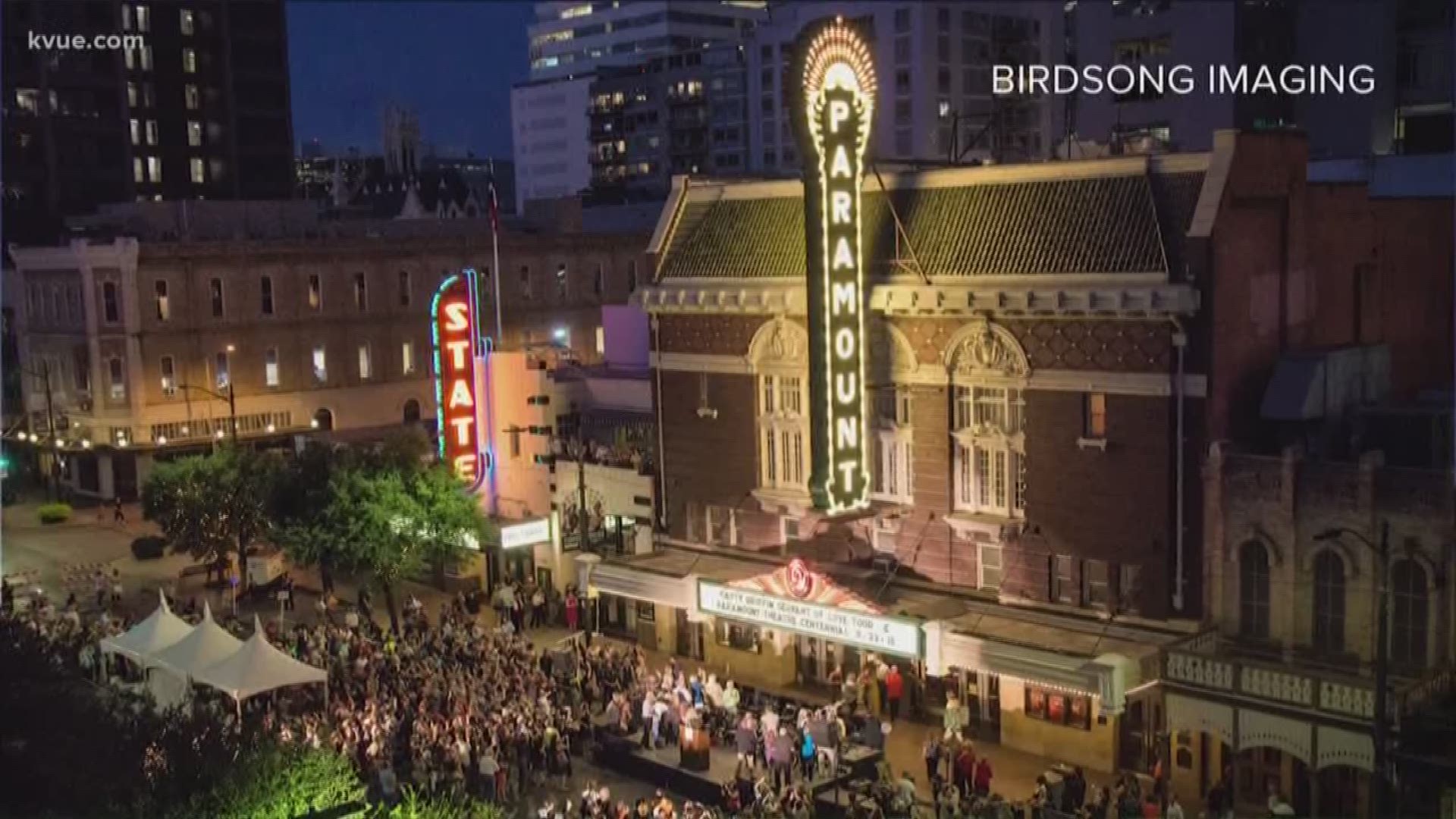 AUSTIN, Texas — Editor's note: The video published above is about Paramount Theatre teaming up with Austin restaurants during the COVID-19 pandemic.

The Mary Baylor House in historic Clarksville and the Paramount Theatre are the latest recipients of the Preservation Austin grant program established to preserve historic places, according to a press release

According to a press release, the Clarksville neighborhood, located near downtown Austin, was founded by freed slaves in the 1870s and was home to an African American community until City of Austin policies forced residents from the area.

The Paramount Theatre, a 105-year old Austin staple, is known for its unique architecture and stellar line up of performers, ranging from Houdini to Katharine Hepburn, to current artists like Bonnie Raitt, Lyle Lovett ,and Sheryl Crow to name a few.

Preservation Austin is the city’s leading nonprofit voice for historic preservation with a mission to promote Austin’s diverse cultural heritage, according to its website.

The grant application process are offered on a quarterly basis, with deadlines occurring September 15, December 15, March 15, and June 15 for projects within education, bricks and mortar; and planning/survey/historic designations. Nonprofits, neighborhood associations, public entities, and owners of individual landmarks or proposed landmarks, in addition to schools, and church organizations are encouraged to apply for up to a $5,000 matching award.

Here is more information about the Preservation Austin grants:

Education grants support projects that foster a better understanding of Austin’s history, including significant historical figures, cultural landscapes, cultural movements, sites, buildings, and neighborhoods. Educational projects may include, but are not limited to, oral histories, photography, art, film, applications and websites, neighborhood histories, and signage. Bricks and mortar grants support the rehabilitation of historic properties, following the Secretary of Interior Standards, and must be locally designated at the time of the project’s commencement or within one year of its completion. Qualifying expenses include façade rehabilitation/restoration, window/door rehabilitation and repair, repair of siding or exterior materials, exterior painting, repair of façade items, porch repair, foundations, roofs, electrical, mechanical/HVAC, and other structural improvements and/or stabilization. Grants are also allowed for landscape features that contribute to the property’s historical significance.

Paramount Theatre offering alternative take on 'dinner and a movie'