Alamo Drafthouse Cinema, Violet Crown Cinema, the Austin Film Society and Plano-based Cinemark have all said they won't be opening their theaters on Friday. 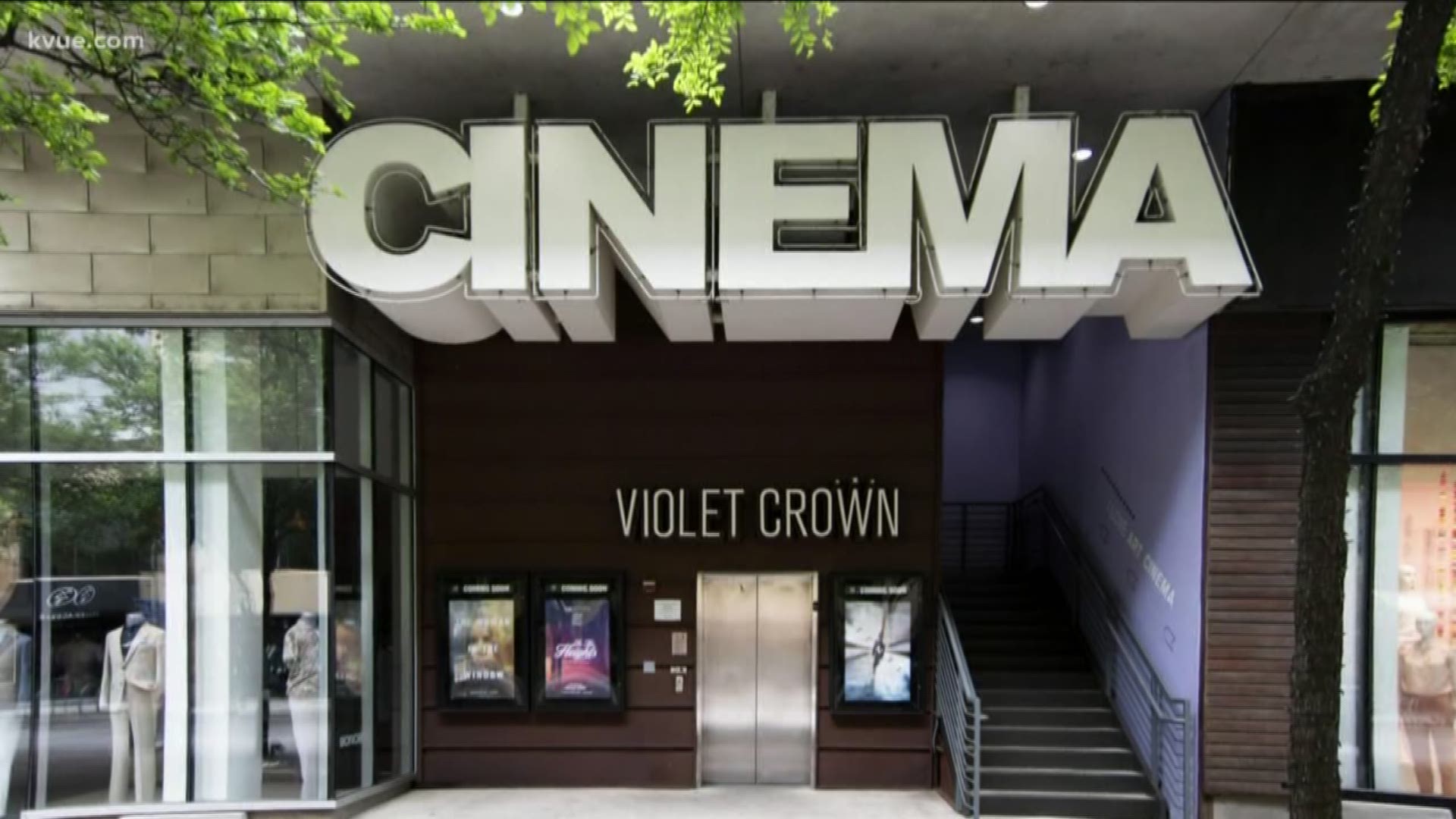 Many theaters temporarily shut their doors in mid-March due to the COVID-19 pandemic. And if they choose to reopen on Friday, they'll be subject to new requirements, including only operating at 25% capacity, keeping at least two empty seats between movie-goers who aren't attending together, leaving every other row empty and disinfecting seats between screenings. If a theater serves food, there are even more rules like using disposable menus and single-use flatware.

But some theaters say even those limitations aren't enough to guarantee everyone's safety, and they will not be opening on Friday.

Alamo Drafthouse Cinema, which has seven Austin-area locations and 15 more across Texas, said Monday it will not be opening any of its Texas theaters this weekend.

"Opening safely is a very complex project that involves countless new procedures and equipment, all of which require extensive training. This is something we cannot and will not do casually or quickly," Drafthouse said in a statement.

Violet Crown Cinema, located in Downtown Austin, also said it will not be reopening Friday.

"We want to make sure that when we reopen, we reopen in an environment where we are taking care of both our staff and our customers and that people feel good about coming back," said Melody Smith, the chief operating officer for Violet Crown.

Paramount Theatre offering alternative take on 'dinner and a movie'

How Alamo Drafthouse is adapting to the community's needs

The Austin Film Society (AFS) echoed those sentiments, saying they are shocked by Gov. Abbott's decision to reopen theaters at this time.

"Experts from around the world are warning about the dangers of reopening too early. We are shocked at the decision of the governor to declare it safe to open movie theaters, even at 25% capacity," AFS CEO Rebecca Campbell said. "The AFS Cinema will remain closed until further notice as we do our part to prevent the spread of this deadly virus."

The Paramount Theatre also said safety is the No. 1 priority.

"We are still evaluating the governor's executive order and, while we look forward to being back with our patrons at the Paramount Theatre for movies, we will only do so when we feel confident in our ability to provide the safest possible experience for everyone involved," Executive Director Jim Ritts said.

And it's not just Austin-based theaters. A spokesperson for Plano-based Cinemark told the Dallas Morning News that the company is sticking with its previous plan, working toward a midsummer opening date.