The former Longhorn, NFL linebacker and his wife continue to support Austin Pets Alive! during the COVID-19 pandemic. 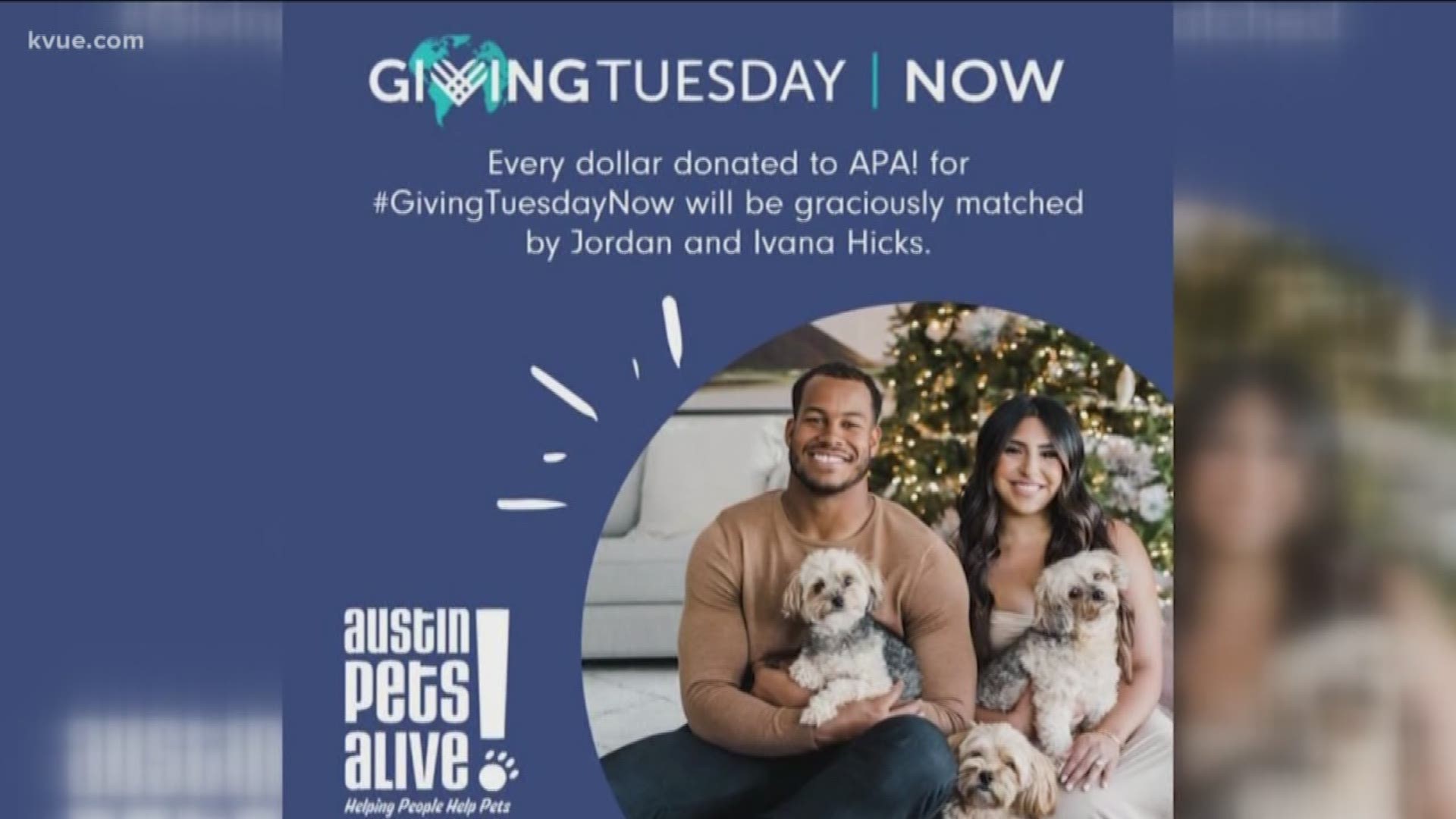 "It goes to show how selfless they are," said APA Public Relations and Events Manager Katera Berent.

When COVID-19 started, the Hicks offered to send care packages to every family who adopted through APA that week.

In total, 261 pets were adopted. The family provided crates, food, a leash, a toy and more.

Once the care packages were sent, the Hicks wanted to help some more.

They began covering the adoption fees for families who were creating fur-ever homes.

Now, the family is giving back once again.

The shelter announced on Monday that Jordan and Ivana are matching up to $30K on Giving Tuesday for Austin Pets Alive!

While APA is already accepting donations, those planning on giving on Giving Tuesday Now have the full 24-hour day to do so.