Researchers tested 14 commonly available face masks, some mask material and an N95 mask to determine their effectiveness against spreading droplets when speaking. 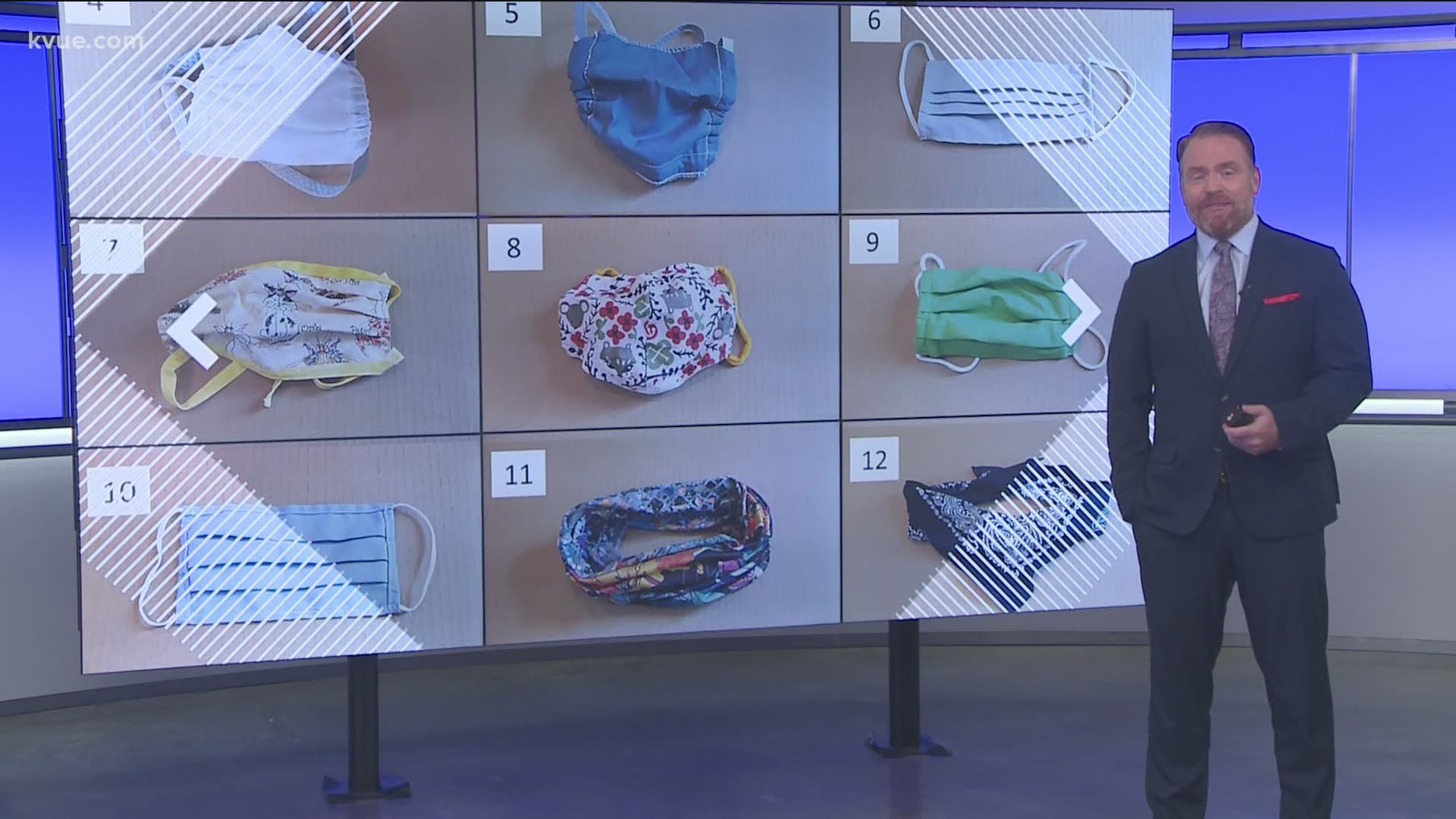 DURHAM, N.C. — There are so many types of masks available for purchase, both online and in stores, to help prevent the spread of COVID-19, but researchers at Duke University found they’re not all as effective.

The researchers tested 14 commonly available masks, some mask material and an N95 to determine their effectiveness against spreading droplets when speaking.

Using a dark enclosure, a laser beam and a cell phone camera, the researchers had someone speak while wearing each mask to see how many droplets escaped.

The results aren’t too surprising.

The most effective mask at preventing the spread of droplets is the highly-coveted N95 mask, which most medical staff and first responders use. It helps protect the wearer and anyone around them. The N95 mask with a valve, however, wasn’t as effective, as some droplets spread through the valve.

RELATED: Model projects US could have nearly 300,000 coronavirus deaths by December

The study also found a surgical mask, which is more widely available for purchase than an N95 mask, was nearly as effective.

Some cotton masks were more effective than others. The least effective masks, however, were bandanas and neck fleeces, according to the researchers. In fact, neck fleeces performed worse than wearing no mask at all.

“We noticed that speaking through some masks (particularly the neck fleece) seemed to disperse the largest droplets into a multitude of smaller droplets, which explains the apparent increase in droplet count relative to no mask in that case. Considering that smaller particles are airborne longer than large droplets, the use of such a mask might be counterproductive,” the researchers said.

You can read more about the study here.