How and when it will be safe for students to return to schools is the question on seemingly every parent's mind. 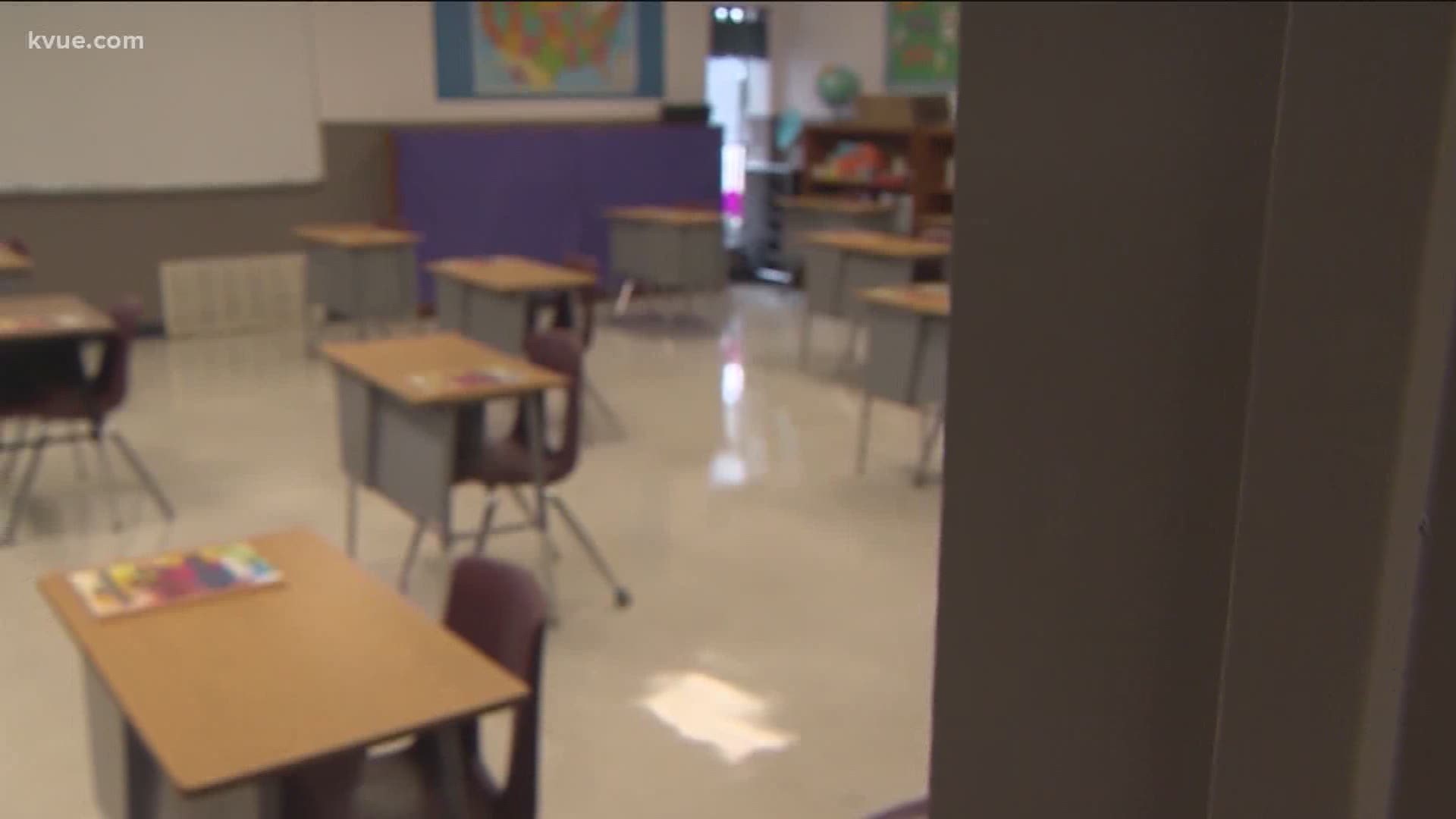 AUSTIN, Texas — As the coronavirus pandemic continues across the Lone Star State, the average number of cases is decreasing. But, in Central Texas, the average cases number has increased by about 25% since Aug. 2.

The question on seemingly every parent's mind surrounds how and when it will be safe for students to return to school. Adler said we won't be able to rest easy until a vaccine is distributed and is effective. In the meantime, Austin's top doctor, Dr. Mark Escott, is expected to release guidance within the next day or two that will detail how schools should reopen, Adler said.

"I know that what it's going to provide is that as we push down the level of infectivity in our community, then there can be greater interaction at schools," Escott said. "I know that he's concerned right now that the infection rate in our city is still too high to open up schools the way that we would like to be able to open up schools. So he's proposing a kind of transition into opening with greater numbers of students over time as we drive down the infection level."

Austin mayor says COVID-19 infectivity rate must be below 5% for sustained reopening of schools, businesses

Many businesses have been forced to close their doors during this pandemic.

"There are businesses that are suffering and the ones that are suffering most right now in our community, I think are the ones that are in the hospitality kind of industry – the artists and the musicians that aren't playing right now," Adler said. "We're going to need federal assistance for that. It just goes beyond the capacity of any city to really be able to handle. Which is why Congress is coming through with this CLEAR Act is incredibly important."

He said reopening businesses also comes down to making sure people are being diligent and bringing down the infection rate.

"We did a really good job when people were afraid and we were looking get overwhelming our intensive care units. That fear motivated us. Now we have to be motivated by the hope and that we can drive it down further so we can open and sustain our schools, open and sustain more businesses," he said. "We've plateaued here right now and we have to push through that. We have to maintain the discipline with masking and distancing. It makes a difference."

And he continues to stress the importance of wearing a mask.

"There is no question, really, in the science that's being produced right now as to the effectiveness of wearing masks and social distancing," the mayor said. "The arguments on the other side are purely political and that politics does not belong in something which is a pretty clear health imperative. Everybody needs to wear mask. They need to social distance. And we need to make peace with the fact that we're going to be doing that until there's a vaccine that's available. When our community gets together and does that, we're going to be in the best place. When you walk into a room and 90% of the people are wearing masks, you put on a mask. You walk into a room and only half the people are, you wonder whether it's important. And that hurts us as a city."

New Zealand marks 100 days with no new COVID-19 cases. Here's how the country stopped the spread