Passenger traffic at the airport is down at least 80% as fewer people fly because of the virus. 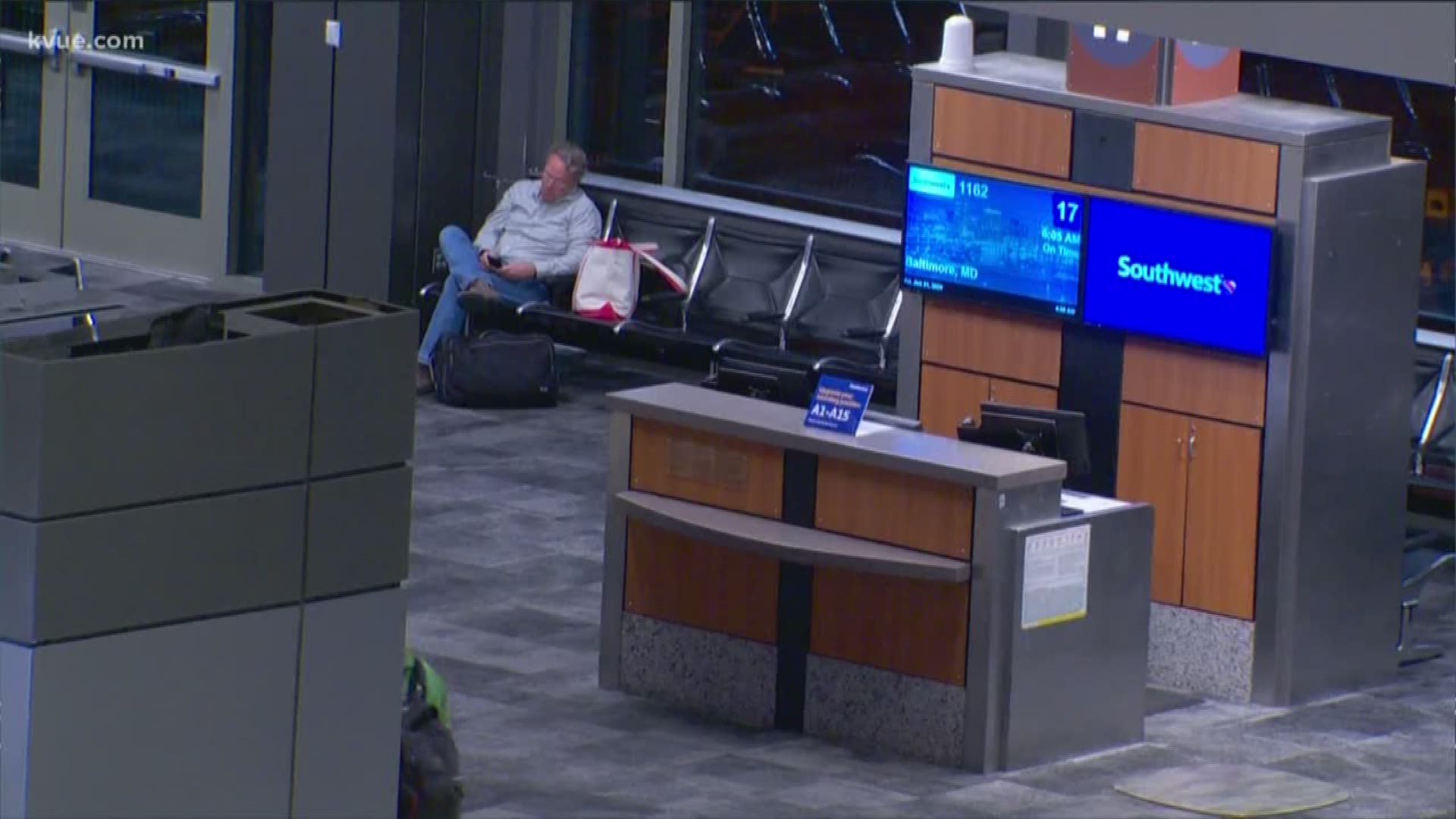 The U.S. Department of Transportation announced the news Tuesday that $10 billion will go to 55 airports to provide support for critical operations, payroll and safety management support.

“This will allow us to mitigate financial losses from the COVID-19 event and continue to provide essential transportation services to those in our community who need to travel. While AUS is still working through the specifics of how funding will be applied, federal guidelines allow funds to be utilized for airport capital expenditures, airport operating expenses including payroll and utilities, and airport debt payments. AUS thanks our Congressional Delegation for helping ensure that AUS can remain operational and open for vital travel and cargo now and in the future,” a spokesperson for the Austin airport said in a statement.

Dallas-Fort Worth International Airport (DFW) is expected to receive $299,199,046 and George Bush Intercontinental/Houston Airport (IAH) is listed for $149,187,847, according to the FAA. The San Marcos Regional Airport will receive $157,000.

Passenger traffic has been down for the last several weeks at Austin’s airport by 80 to 90% compared to normal.

Some roundtrip flights from Austin are as low as $30. Here's why a travel agency says you shouldn't book them

According to a budget briefing provided to the Austin City Council on April 7, AUS is expected to have severe impacts to its concession, landing fee and parking fee revenue streams because fewer people are flying.

“While it is no panacea for hard times our local airports are facing, this funding will help prevent Austin-Bergstrom from any freefall and maintain planned payroll as well as safety and construction work,” Rep. Lloyd Doggett (D-Texas) said in a statement. “This investment allows local airports flexibility to deploy resources as needed. But so much more needs to be done; until we resolve our health care crisis, we cannot resolve our worsening economic crisis.”

“As Texas reels from the economic destruction caused by the coronavirus outbreak, it’s important our airports have the resources they need to weather the storm,” Sen. John Cornyn (TX) said. “I commend both the Trump Administration and leaders in the Austin area who worked to secure these funds during this trying time.”